What’s the best way to fix a broken heart? You go to the gentlemen’s club you used to work at. With my trusty friends Joan and Madge in tow, we arrived during happy hour and were welcomed with open arms. I caught up with my old co-workers while sipping  La Croix and watched my friends get tipsy on comp drinks. Seated at the bar enjoying a chat, we were completely oblivious to the circus around us. I had seen so many sets of breasts, both real and fake, nudity didn’t shock me, nor did extravagant pole tricks. Annoying men wouldn’t bother us, they were too pre-occupied with the strippers.

I had hung up my heels three years before. I spent a total of 12 years developing excellent sales techniques, strategies, and how to read people. Six of those years are a blur — I was constantly in the haze of a cheap champagne hangover. For the final six years I worked completely sober. Fully aware of what was going on while perfecting the art of extracting cash from a man’s wallet. It seemed harmless. Easy money and fast cash is hard to walk away from.

I had my stripper game down. “You seem like a very smart girl. Why are you here?” a customer asked me as I elegantly guzzled a martini glass filled with and faked being intoxicated for entertainment purposes.

“Because I am a very smart girl.” I responded coyly. Quickly casing him. From his shoes, watch, wallet, down to the brand of whiskey he was drinking, (scotch and whiskey drinkers almost always spend the most money) gaging what his profitability to me would be. Within five minutes I would know if I could sell a guy a lap dance, VIP room, or walk away in search of my next customer.

“If you can make a man fall in love with you in less than five minutes, you can be a good stripper.” a manager once told me, and that I could do. With a sickening perfection I had mastered being insincerely sincere. I always wondered if my seemingly sweet, but conniving ways came with a hefty karma-tic price tag. Which was forever being discontent with the quality of my love life. I broke many lonely hearts and bank accounts, and karma doesn’t forget those things.

Snapping me out of my flashback, grabbing my arm, Joan was three whiskeys deep into our evening.

“That guy bought us drinks! Is that the one you fucked?” She yelled this very loudly, no one seemed to care. I glanced across the room and raised my can of La Croix to Jon, one of the bartenders. Voila, a possible contestant for me to add to my new roster of men. This wouldn’t be unfamiliar territory. I would going to the recycling bin of past flings, yes things with Michael ended up being messy for other reasons altogether, but maybe Jon and I could stand a chance. Our common bond, we were now both going through divorces.

When we first met, eight years earlier, he was a cute but shy bartender, I was an outgoing stripper. Employees aren’t supposed to fraternize with each other, which made everyone want to do so even more. I took advantage of his shy demeanor, I was aggressive and got him drunk, demanding we go to his apartment.

Things seemed to be going well, I laid in his bed, assuming I was going to be sleeping over, but that wasn’t part of the plan.

“I’m really sorry but you have to go. Someone else is coming over.” Jon said averting his eyes away from mine.

“Oh my God, do you have a girlfriend?” I asked drunk and disappointed that this kind of thing hadn’t been discussed before. I did not sleep with other people’s boyfriends.

“No but I’m seeing someone and she’s coming over in 15 minutes.” he looked genuinely guilty when he said this. “I didn’t think this was going to happen, please let me get you a car home.”

“Can I take that wine with me?” I asked eyeing a nice bottle in his kitchen.

I took two bottles of wine, he shoved fifty dollars in my hand and hugged me tight. This was the most polite way I had ever been asked to leave a man’s house, complete with cash and prizes.

The night after my pressie-laden trip to Jon’s, back at work, I wore my hottest neon dress, I wanted to look my best in the black lights of the club when I saw him. He stood behind the bar, as I approached, he poured me a drink as he always did, but grabbed my hand.

“I just wanted to apologize for last night,” he said softly. “I’m usually not like that.”

“It was fun,” I said smiling as I twirled my hair. “Maybe we could do that again sometime.”

“Oh after the hangover I had this morning I’m not drinking for a long time.” We both laughed. The chasing game began. With me as the aggressor, he would say no more often than yes to hanging out and hooking up, claiming he had to be drunk because otherwise, he would freak out about the club rules of no fraternization.

The reality is that most workplace flings rarely end happily ever after. Romance gone bad at the club could end in tears and catfights. Girls crying with clumps of mascara and glitter running down their faces, hair extensions flying awry, acrylic high heels being used as makeshift shanks. Almost as if it were a slutty version of Orange is the New Black. These kinds of incidents rarely ever happened, but when they did they were some truly epic battles that one would surely shell out money to watch on Pay Per View. It was unlike anything you would ever see in your life, and more of a rarity than a supermoon.

For as love affairs many that didn’t work out from the club, I’ve witnessed exceptions to the rule, like the Rhianna song some could say “We Found Love in a Hopeless Place”. I went to co-workers weddings, baby showers. So it wasn’t unheard of, but it wasn’t happening with Jon. I became needy. When I got sober, he was supportive, yet uncomfortable around the coherent version of myself. “You’re no fun anymore!” he blurted out loudly one night.

“Well enjoy your hangover tomorrow because I won’t have one.” I said laughing and slamming the door. Our hookups dissolved completely. Without alcohol the only thing we had in common was that we were humans that could breathe air.

We no longer smiled or interacted with each other at work. I’d have pangs of jealousy watching him flirt with other girls, but let it go. Months passed, I met Aaron through a friend outside of work, we were engaged within four months. Jon and I were cordial to one another. Life went on.

No one really noticed the absence of “Shakira”, a petite Russian jello shot girl. Then the news was out. She was pregnant and Jon was the father. It was a huge surprise to everyone. I did the math, his time with both of us had overlapped briefly, and she stuck around. They had a son and moved to Connecticut. I got married and so did he, and the timing seemed to be quite perfect that our divorces we’re coinciding, and it’s not that we ended on bad terms, but there was now a window of opportunity. Both of us older, somewhat wiser, and divorced, that could now be our common bond. Our eyes met, and I began to plan my next move. 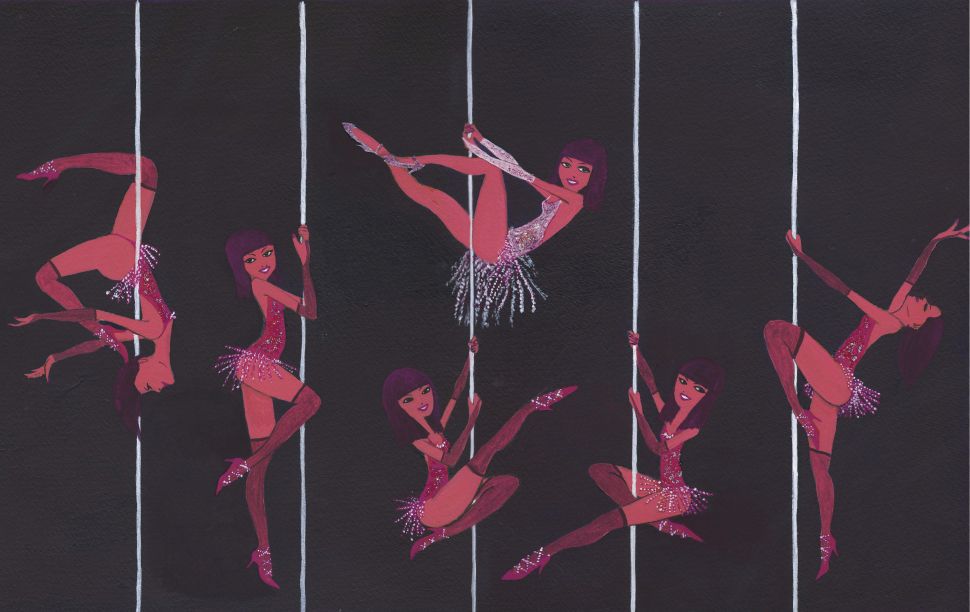