The Democratic establishment has avoided reform and introspection following Hillary Clinton’s loss to Donald Trump. Instead, the party is opting to engage in the same damage control and distraction tactics they used during Clinton’s presidential campaign.

For a week or so, the Clinton camp manufactured outrage in support of Green Party candidate Jill Stein’s effort to initiate recounts in three states where Trump marginally won: Michigan, Wisconsin and Pennsylvania. When those efforts failed to produce any changes in results, the focus reverted to electors of the electoral college refusing to vote for Trump.

Amid these efforts, “fake news” was used as a scapegoat by mainstream media outlets obsessed with Trump, who propped up Clinton’s candidacy throughout the 2016 primaries and general election. The Washington Post published an article featuring PropOrNot, a neo-McCarthyist tool to list unfavorable news sites as Russian propaganda. After some backlash, The Washington Post amended the article to include an editor’s note at the beginning claiming, “the Post, which did not name any of the sites, does not itself vouch for the validity of PropOrNot’s findings regarding any individual media outlet.”

But the Post has not retracted the article—of which the premise is entirely predicated on an unreliable, anonymous source—and doesn’t vouch for the validity of their claims, even though the publication has used their platform to propagate them.

On December 9, the Post published a similar neo-McCarthyist article, once again relying on anonymous sources saying the Russian government interfered in the 2016 elections by hacking Democratic National Committee (DNC) and Clinton campaign chair John Podesta’s emails, and giving them to WikiLeaks, all to help Trump.

“The key claims are based exclusively on the unverified assertions of anonymous officials, who in turn are disseminating their own claims about what the CIA purportedly believes, all based on evidence that remains completely secret,” reported Glenn Greenwald for the Intercept. “Critically, none of the actual evidence for these claims is disclosed; indeed, the CIA’s ‘secret assessment’ itself remains concealed.” Greenwald noted that The New York Times published a companion article to The Washington Post’s, but the Times said that the Republican National Committee (RNC) was also hacked and made no assertion that Russia’s intent was to support Trump. Both articles make frequent use of the word “believe” to compensate for the lack of any evidence cited.

The New York Times reported on December 11, “The C.I.A.’s conclusion does not appear to be the product of specific new intelligence obtained since the election, several American officials, including some who had read the agency’s briefing, said on Sunday. Rather, it was an analysis of what many believe is overwhelming circumstantial evidence—evidence that others feel does not support firm judgments—that the Russians put a thumb on the scale for Mr. Trump, and got their desired outcome.” This conclusion is based on speculation, saying the RNC was hacked, but those emails were never released. The RNC denies ever being hacked, and if emails were obtained from the RNC at the same time they were hacked from the DNC, those emails would likely be more benign, as Trump’s Republican primary victory at this time was secure. The FBI and CIA are conflicted about these conclusions. The CIA is like likely to publicly hint behind anonymous sources and a secret assessment as to what the motives for the hacks were, without providing the public with the evidence used as a basis for those speculations.

The demand for evidence and an insistence to remain skeptical on claims from unnamed sources was echoed by several journalists and civil rights activists.

“A reminder to take every claim made by unnamed US officials about intelligence conclusions with healthy skepticism,” tweeted MSNBC host Chris Hayes.

“What happened? (Evidence, please.) What norms were violated? Does the U.S. abide by those norms?” tweeted Director of the ACLU’s Speech, Privacy and Technology Project Ben Wizner.

“We need the evidence,” tweeted the IT editor at ArsTechnica.

“I voted for Clinton & personally raised $130K for D Congress races. I loathe Trump as much as you. But keep eyes open, don’t get played,” tweeted comedian Rob Delaney.

Given that President Obama has the authority to release information and evidence on the investigation into the hacks without the need for Democrats to go through Congress to do so—and had this capability throughout the election—it’s important to see the likely motive for continuing to propagate anonymous allegations of Russian interference without providing actual evidence.

“Intel leaks about alleged Russian efforts to swing election might be designed to constrain Trump,” noted The Washington Post’s Greg Sargent. But these constraints are at the expense of national security and foreign policy. Without any evidence, these allegations are nothing more than a method to inoculate Clinton and the Democratic Party from their election failures and the alarming content found in the WikiLeaks releases, which revealed that the Clinton campaign and DNC rigged the primaries and conducted their own interference into the election through manufactured media coverage.

Many of the Russian conspiracy allegations pushed by Clinton partisans throughout the election have been debunked. The Clinton campaign issued a press release citing a Slate article from October that claimed there was a direct communication link between Trump and Russia. The New York Times, among other media outlets, debunked the article’s claims.

Newsweek’s Kurt Eichenwald developed his own Russian conspiracy theory based on an editorial mistake made by the publication Sputnik. The Washington Post and several other media outlets debunked Eichenwald’s theory.

In August 2016, Politico reported that Democratic Party leaders discussed claiming future WikiLeaks releases would be fabricated. The Clinton campaign vaguely suggested some Podesta emails released by WikiLeaks were fake, despite no evidence. These claims were repeated by several pro-Clinton mainstream media outlet personalities.

This record of Clinton partisans pushing false narratives to absolve themselves from their own interference in the election provokes questions as to whether the latest allegations are an extension of this damage control pattern. It may be true the Russian government was involved in obtaining DNC and Podesta emails, but there is currently no proof. The severity of such allegations demand the evidence, if it exists, be released to the public. Until then, anonymously sourced articles should be regarded as little more than partisan rhetoric. 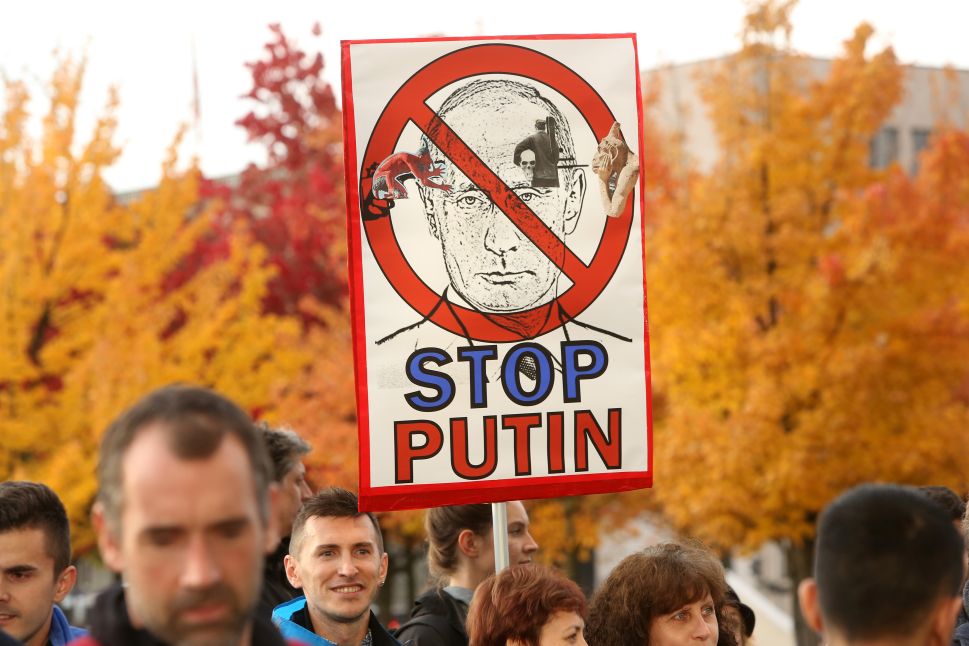