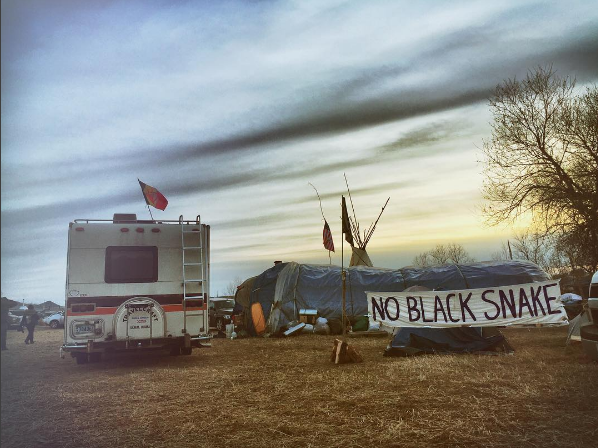 Last night, Matt McGorry posted this photo with a caption about the police jammers.
Instagram/mattmcgorry 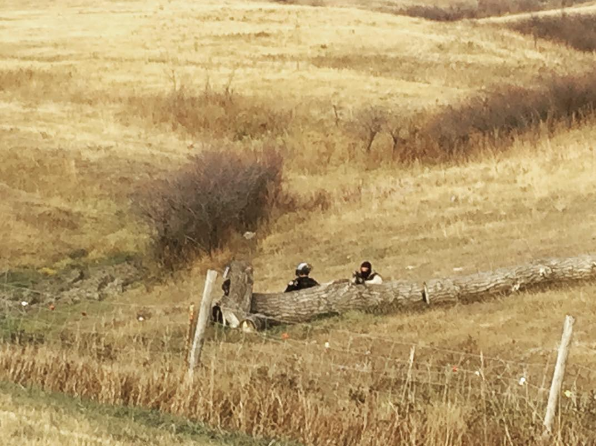 Shailene Woodley posted this photo of snipers at Standing Rock.

"A dear friend just told me the police did a "flash bang" (like a sound bomb or concussion grenade) and it knocked the air out of his lungs. He blacked out, then passed out until two people nearby shook him back awake. This is serious. " 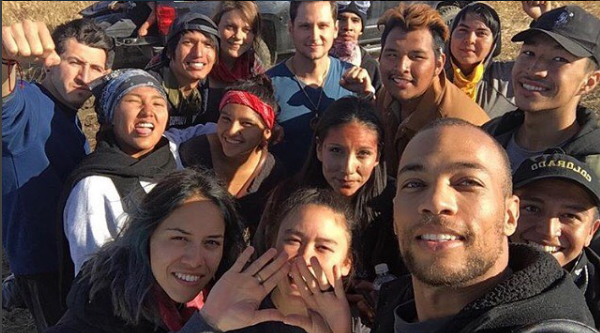 Kendrick Sampson posted this hot of him with indigenous protestors.

"Some of the International Indigenous Youth Council pictured here in high spirits MINUTES after being maced & shot at with rubber bullets while praying, waste deep in the freezing water of the Missouri River is so inspirational," he wrote. 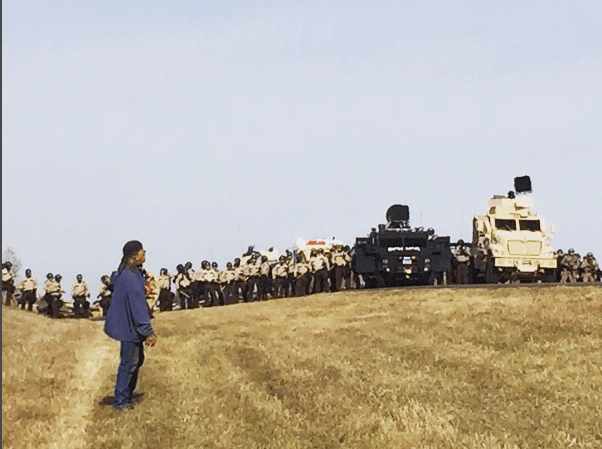 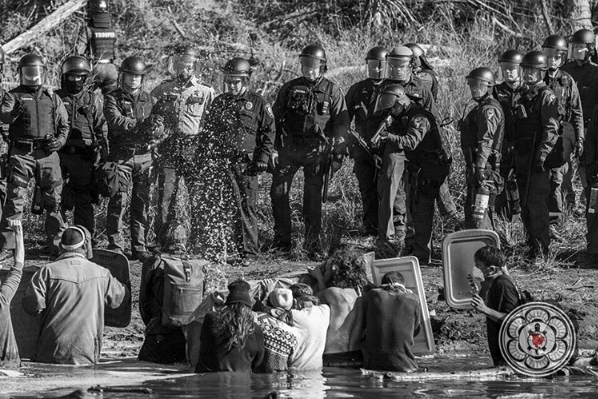 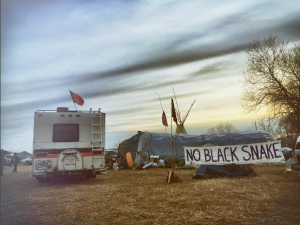 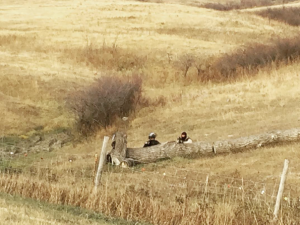 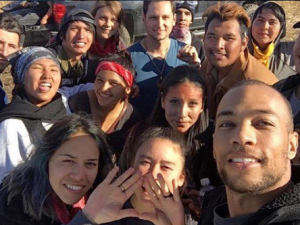 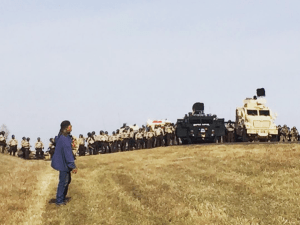 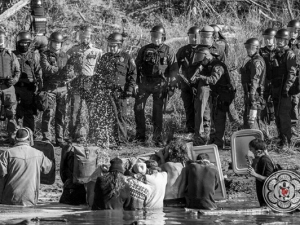 Orange Is the New Black and How to Get Away With Murder star Matt McGorry has become known as more than an actor since his rise to fame. He’s also an activist who fights for issues from Black Lives Matter to women’s and trans rights, and with an Instagram following of nearly two million, his voice is heard widely.

McGorry recently made two trips to Standing Rock to protest the Dakota Access Pipeline, and on the second, he said police were using jammers to prevent protestors from documenting the front lines of the protest. With wide reports of excessive force, this wouldn’t be surprising considering celebrities (others include Shailene Woodley and McGorry’s HTGAWM co-star Kendrick Sampson) have joined the efforts and are sharing what’s happening to millions of followers directly.

Last night on Instagram, McGorry posted a photo from the outskirts of the protest site and wrote “I tried to record other videos, but after hearing many accounts of how people’s cell phones and cell phone cameras have been interfered with by the police jammers, I experienced it first hand.”

He explained that upon approaching the front lines, his phone said it had no memory left and wouldn’t allow him to take more videos or photos. He said this was never an issue before, and that 30 minutes later when he was further from the front lines, his phone was working fine again. He said this happened two days in a row and that Sampson experienced a similar problem as well.

“It is terrifying,” he added on Instagram, “that even with the majority blackout of mainstream media, the people’s ability to document the injustices at Standing Rock are being interfered with. They don’t want the people to show the atrocities that are being and will continue to be committed. Each time the protectors remain peaceful and are met with brute force, more people become aware of the horrible injustices being committed by the government. And the hearts and consciences of the people of the world will not stand by idly.”

HERE IN STANDING ROCK RIGHT NOW, ND Natives were praying in the water and peacefully protesting, protecting the land and their water being maced and shot with rubber bullets. www.StandWithStandingRock.net www.NoDAPLSolidarity.org #NoDAPL #IStandWithStandingRock

Police jammers are not the only way law enforcement seem to be preventing the protestors from sharing what’s going on. Yesterday, Motherboard reported that the Federal Aviation Administration has set up a Temporary Flight Restriction over a four-mile radius surrounding the Standing Rock protests. This applies only to civilians (law enforcement helicopters can continue to fly over protesters with impunity), which makes it clear this is another effort to suppress coverage. Again, this is no surprise considering the fact that Native American drone pilots have captured footage of police clad in body armor launching  percussion grenades, shooting a constant barrage of water at protesters in freezing temperatures and aiming guns at unarmed protesters holding their hands high above their heads. Another video shows that construction on the pipeline has continued at night under the cover of darkness.

Flip through the slides above to see some of the photos celebrities have been sharing from the protest.