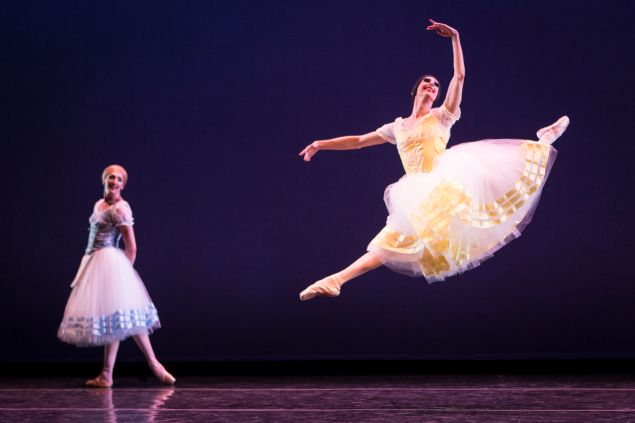 Eugenia Repelskii (aka Joshua Thake) and Doris Vidanya (aka Matthew Poppe) in the Pas de Six from Napoli. Yi-Chun Wu

In taking on the great Danish choreographer August Bournonville, our beloved Trocks have bitten off less than they can chew.

Les Ballets Trockadero de Monte Carlo, founded in 1974, were born to make gentle fun of the affectations and extravagances of Russian ballet (plus an occasional nod to Balanchine, Robbins, and a few other moderns). But the hallmark of Bournonville is his complete lack of affectation and extravagance—the wholesomeness, the (apparent) effortlessness of style, the joyous spirit of fraternity. There’s simply nothing to parody, only a great deal to celebrate—and emulate. Hats off to the company for giving it a shot.

And for achieving a convincing facsimile of the Bournonville manner, not easy for dancers not raised in the deceptive simplicity of the master’s technique. If it succeeds in nothing else, their version of the famous Pas de Six from the 1842 masterpiece Napoli, will strengthen the already strong proficiency of those of the 36 Trock guys who get to participate.

As it happens, their Napoli partly does succeed, because it’s true enough to remind us of how much we love Bournonville, of how happy he makes us. I’ve never forgotten a performance of the full three-act ballet a million years ago when the Royal Danes brought it to the Met—a performance that, at the end of a particularly dreary dance season, transformed me and my friend, the critic Arlene Croce, from snarling beasts into ecstatic worshippers, our faith reborn.

So the Trocks give relatively good Bournonville. But it’s good because he’s good, not because they manage to persuasively send up his art. There’s nothing they can tell us about his manner, whose lightness and purity are joke-resistant, so they’re reduced to a couple of not very humorous points of attack: imitating the way Bournonville dancers stand around fulsomely applauding each others’ efforts, and casting four very tall “girls” with two very short boys. LOL, particularly when the tallest of the girls swings one of the little lads overhead instead of vice-versa. Funny, but nothing to do with Bournonville.

But full points for the charming attempt, Trocks—and thank you for giving us this dose of Bournonville, a welcome lift to the spirits. For those who want to taste the real thing, try the 1986 YouTube performance of the Napoli Pas de Six by the Royal Danish Ballet, please (not a later one by the Cubans). If at first you don’t fall in love, try, try again. 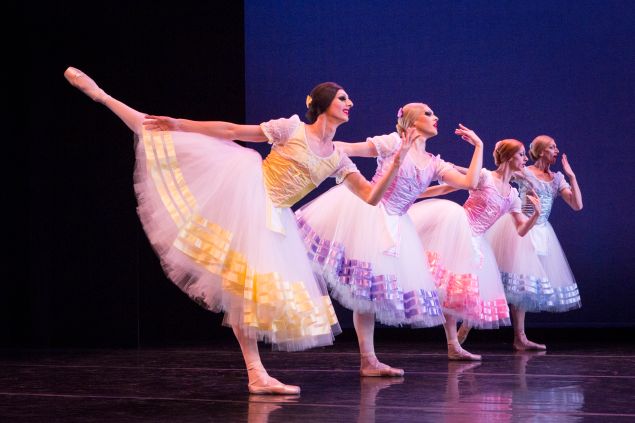 The rest of the Trock season was made up of a clutch of old friends, starting with the over-jokey Swan Lake Act II. But wonderful Chase Johnsey (alias Yakaterina Verbosovich), in the wake of his triumph in Paquita (major award attention in England), was a convincing Odette—beautiful and moving when a let-up in pratfalls allowed him to be, especially in the big solo where you can forget he’s a guy pretending to be a girl pretending to be a swan. He’s a standout among standouts. That other 19th-century masterpiece, Giselle Act II, is also too jokey, but it has one joke that’s really good: Giselle makes her entrance emerging from a big coffin, and at the end, slips back into it—joined there by her Albrecht. Lord knows what they get up to when the lid closes on them. 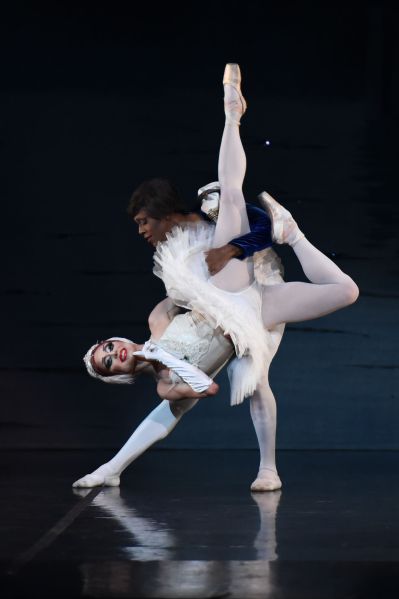 A singular failure in the Trock repertory—and it fails every time—is the Merce Cunningham parody, Patterns in Space. Again, there’s nothing in Cunningham’s minimalist manner that’s available to parody, so the jokes are all about the John Cage musicians and their bizarre instruments—juvenile jokes that aren’t funny even the first time you’re exposed to them. Nor am I taken with the magnificent Robert Carter (Olga Supphozova) as The Dying Swan—he’s so fierce, there’s no pathos at all. This bird doesn’t go gentle into that good night.

Those Russian classics Paquita and Raymonda’s Wedding reveal the depth of talent the company now enjoys. Yes, the boys show off their manly barrel jumps and double air-turns, but they also give us formidable fouettés, something even certain female ballerinas can’t provide, as they wobble and wander down the stage. And the stagings have just enough verisimilitude to make you treasure the real things all over again.

Where do the Trocks go next? Some of their productions might benefit from a long rest or a real re-think. I’m still hoping for Ailey-à-la-Trockadero. And how about the complete, two-act Giselle, mad scene and all?

I wouldn’t say no to the Rockettes either…. 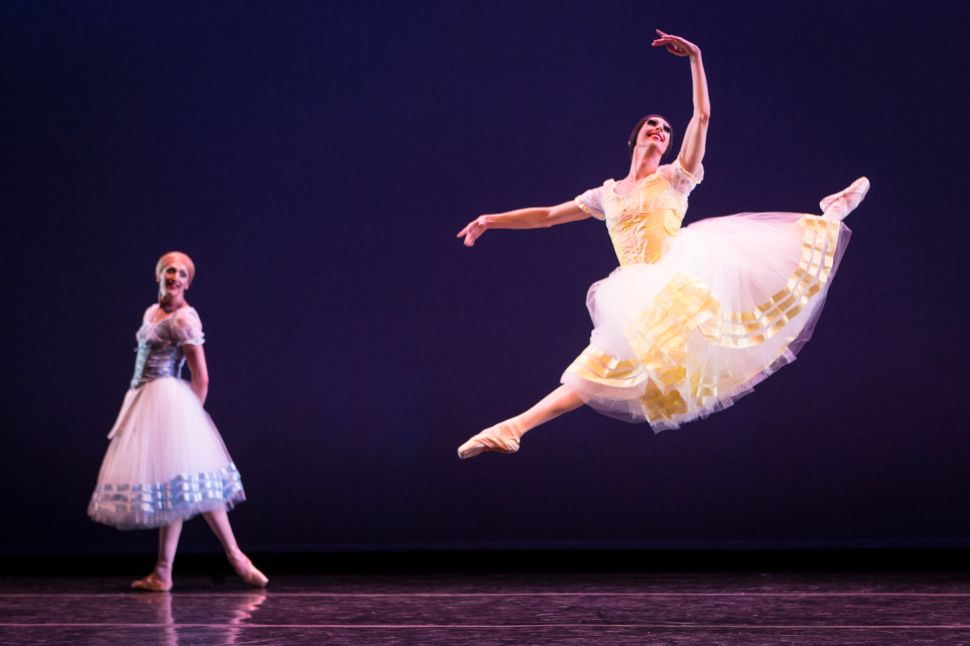