On December 3, the Michigan Democratic Party held a committee meeting, open to the public and party members, to vote on delegates to represent Michigan at the Democratic National Committee. Unfortunately, rather than learning from Hillary Clinton’s presidential election loss, and sincerely welcoming Bernie Sanders supporters into the party after scolding them for more than a year, the Democratic establishment has continued treating progressives as second class citizens.

Michigan was one of the most closely contested races during the Democratic primaries. Sanders pulled off an upset victory there after polling suggested Clinton was likely to win. The most recent turmoil between the pro-Clinton leadership of the Democratic Party and Sanders supporters is a microcosm of the constant tug-of-war progressives are in with establishment types across the country, over issues such as appointing new leadership roles and determining a direction for the party’s recovery.

“We need to make it clear that violence, assault and battery have no place in our party,” Pernick said in a press release. “We came there to protest a lack of transparency and support Keith Ellison for DNC Chair—the reaction from leaders within the party was to violently throw us out of the room.”

Six delegates were to be chosen at that Michigan Democratic Party meeting to represent Michigan at the DNC for the next four years, where they would be able to vote for the next DNC chair, and participate in other important decisions to determine the direction of the entire party. Pernick and his group claimed the voting process was predetermined to reflect the preferences of the party leaders—not its members.

“People keep saying the youth should take part and engage with the party, but if everything is decided beforehand by a handful of elites, then what are they really saying?” asked Pernick. “Despite this unfortunate incident, I want our party to succeed. I want change from the inside and that means organizing youth and showing the party that our voice matters. People need to know that the violent reaction of these senior party members is not acceptable.”

Through a movement Pernick has called “Michigan For Revolution,” he and other activists are organizing meetings across the state to encourage youth and progressives to engage with the state and local Democratic Party, and to push for reforms. He cited eradicating the influence of corporate money in the party, removing the practice of “vote buying” in which party members are influenced by outside interest groups to attend meetings and vote as a bloc, and to obtain greater representation for the young Democrats in the party’s leadership positions.

“This election was a repudiation of elitist politics. The establishment had their candidate and they lost,” Pernick added. “It’s time we started listening to the grassroots. If we have to do the work ourselves, we will. We won’t be stopped by violence and we will continue to peacefully protest and to actively work to change the party from within.” 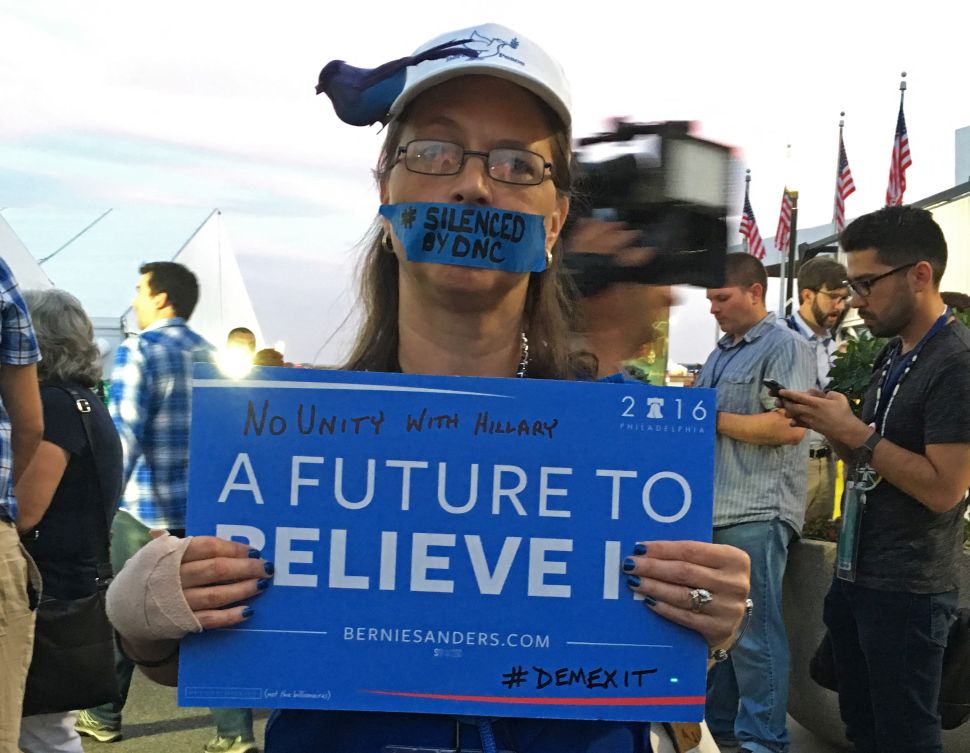