Netflix just surprised everyone by announcing a new original series only four days before its premiere, and although it looks like it will be a captivating binge, the announcement has a lot of people seriously pissed at Netflix.

The new show, called The OA, is an eight-episode mystery thriller that follows a missing blind woman who mysteriously returns home with her sight restored after seven years. To not only promote, but announce the show, Netflix took to Twitter this afternoon to share a few cryptic tweets.

Have you seen death?

Then Netflix tweeted a short, three second clip of a woman running toward the edge of a bridge. Since cars are flying by on the road, you could think she’s just getting out of traffic.

What Netflix tweeted next, however, has now earned it a ton of backlash: that same clip with an additional five seconds that show the woman jumping off the bridge. This video which appears to depict suicide autoplayed to Netflix’s 2.5 million followers. And since it was attached to the first tweet reading “have you seen death?” it played for the followers of anyone who retweeted that earlier as well. *Warning: the tweet with the clip is embedded below*

After this, Netflix finally tweeted the full trailer.

The streaming company was obviously trying to create suspense for the big announcement, but perhaps posting an autoplay video of something as triggering as suicide wasn’t the best idea?

That seems to be the sentiment among the replies to the tweet as well as on Twitter in general.

.@netflix this is a very triggering thing to tweet to your 2mil+ followers

Say what u will about ~sensitive millennials but exposing 2.46M people to an 8-second video of suicide without warning is fucked @netflix

.@netflix please delete this. Some of us have actually dealt with suicide in real life and don't need to be reminded of this.

@netflix Not cool guys, not cool. People have (myself included) dealt with suicide in their lives. No need for the reminder.

@netflix I agree with @sammynickalls.Don't wanna be a party pooper but as someone who fights depression this is very unsettling w/o context.

@netflix Looks like a great show, but, hell, was this particular video (of an apparent suicide) without context really necessary?

Some were so shocked Netflix would post this that they were wondering if it was a hack. Others said they were unfollowing Netflix.

@netflix not on my tl! pic.twitter.com/vfz6QMQ10Z

The tweet has yet to be deleted. We reached out to Netflix for comment and will update if we hear back. 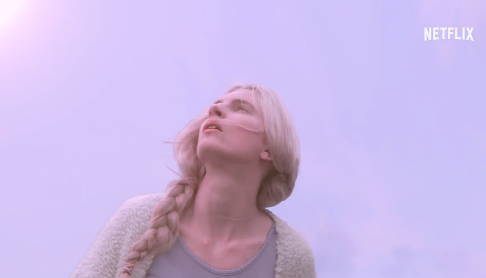