The world is preparing New Year’s resolutions: lose weight, learn a language, get stronger, work harder, spend more time with family, be more grateful. We make these in earnest and genuinely want to succeed, but the sad fact is that the vast majority of us will fail.

The short life of so many resolutions leaves many wondering if it’s even possible to change. If not, why bother trying for a few, miserable weeks? Maybe it’s better to just be satisfied with what you have, who you are now.

Think of your mind as a computer program made up of millions of lines of code. That code is full of scripts and commands that were there the moment you were born, and can’t be erased: breathe, eat when hungry, drink when thirsty, scratch when itchy, run when you see a bear. You’ve never had to consciously think about how to do any of this because it’s part of your DNA, and it keeps you alive every second of the day. It’s the boot-up sequence on a computer before you’ve even installed the operating system.

Then we have higher level stuff—the part of your programming that wasn’t there from the start, code contributed by your parents, authority figures, teachers, siblings and everyone you grew up around. From the moment you were born, your senses have been exposed to stimuli, processing data and writing scripts in your brain on how to deal with a million different situations. The problem? Just as a computer doesn’t know when there are problems in its programming, neither do people. A computer can’t tell when something is a virus, and that it shouldn’t run that program. A two-year-old’s brain doesn’t know that a healthy relationship doesn’t include two people yelling at each other.

For instance, it’s no coincidence that if you grew up in a household where everyone was obese that you have problems trying to lose weight. From the moment you were brought home from the hospital, you inherited your family’s attitudes and patterns of behavior in relation to food. So, every time you’ve tried to lose weight, this is what you’re up against:

Those are just three examples of invisible scripts that may be running in your psychological programming if you’re obese. There are doubtless a dozen more. It isn’t just a matter of making a resolution, and then doing it, because you’re fighting a war on two fronts without even realizing it.

If you want to lose weight you can’t just treat your present state. You’ve got to back into your past and forcibly overwrite all of the scripts that have brought you here. Even the best weight loss plan can’t beat decades of entrenched psychological code that runs through your subconscious.

This is not just limited to losing weight. Did you suck at math in high school? That could have been the result of a script started by your parents—the first time you didn’t do well on a test, they said “that’s ok Billy, you just aren’t good at math.” Your young and impressionable brain made note of this, and parked it in your subconscious. So rather than a case of “I need to try harder to be good at math” it’s instead “I’m not good.” By the time you’re in 12th grade, you’re in the middle or bottom math class. It goes even further than this, though—every time you struggle with something in life, rather than realizing you just need practice, your brain instead concludes that you just aren’t good at it.

Even the smallest life events have huge consequences which become part of our larger, internal narrative. Health, money, relationships, learning, conflict, work, shopping, self esteem, worldview, politics—each one influences you in ways you might never consider.

If you really want to change something in 2017, you need to determine which life events might have caused the invisible scripts in your subconscious. Be aware that your current circle of friends and family could still be contributing to such scripts. Steel yourself against any negative reinforcement if you want to make real change.

For simple problems, it’s a matter of recognizing the script that’s running in a moment of weakness and mentally talking it through—telling yourself that you’re not going to give in. In this way, you’re forcibly rewriting your psychological programming. For deeper problems, you’ll probably need to seek some outside help, be it a psychologist, counsellor, or a trusted friend/advisor. You can’t expect to change a script that’s been running in your subconscious for 30 years on your own.

Also, be aware of how you speak about yourself. Anytime you say the word “I,” you need to be especially careful of how you complete that sentence, because in this case you are writing the script. When you self-deprecate, when you put yourself down, you’re reinforcing bad scripts. Saying “I’m just a limo driver” or “hey, I’m not the smartest guy, but…” or anything along those lines is a bad thing to do. Likewise, when you say “I can’t,” you’re putting mental blocks into your subconscious. You’re programming your own psychology to work against you, which is why so many people lack confidence—they program it into themselves.

It’s time to start dismantling the framework that is holding you back. No one wants their subconscious sabotaging their effort to make meaningful change in their life, so before you start on that resolution come January 1, I’d begin with the following action steps in preparation: define the problem; uncover the psychological scripts that are causing the problem; create an action plan to remove the scripts and overwrite them with what you want.

Our psychology is so often what holds us back, not just in our New Year’s resolutions, but every aspect of life. Don’t let that stop you. 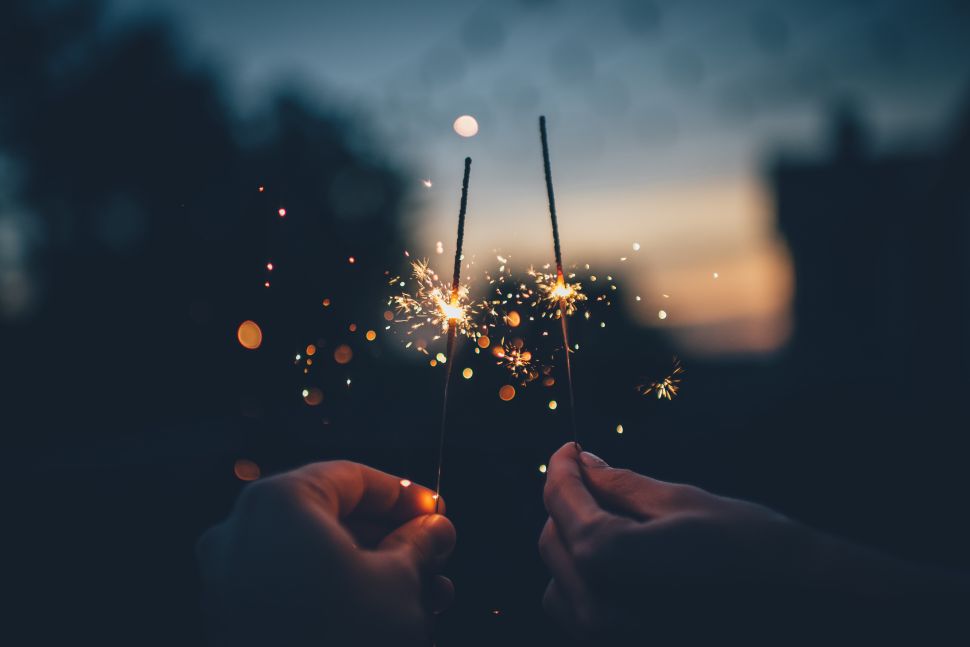