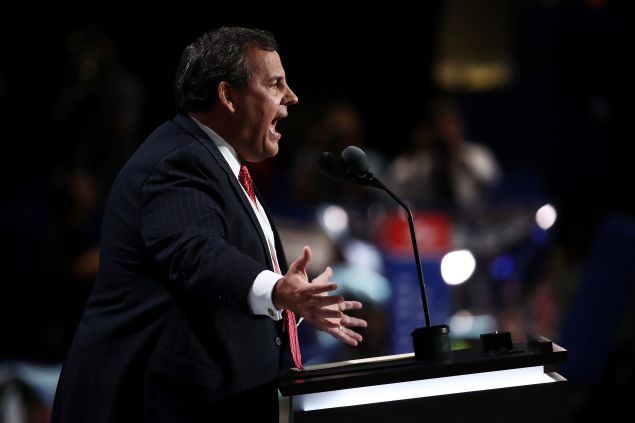 Following the advancement of a bill that would allow New Jersey governor Chris Christie to pursue a book deal while still in office, the state’s leading environmental group is excoriating the governor it sees as a bitter opponent. The group’s Jeff Tittel heaped contempt on Christie after a bill to change state law to allow the book deal cleared the Assembly and Senate Appropriations Committees Thursday.

Tittel also took aim at the Electronic Publication of Legal Notices Act, a measure that would stop the state’s newspapers from carrying legal notices and hand that duty over to the state—removing a significant source of revenue for print outlets and likely dooming many small weekly and local papers.

Between this bill and the Electronic Publication of Legal Notices Act, this is one of the most shameful days in New Jersey’s Legislative history. We have sold out the freedom of the press and let the most unpopular Governor in state history cash in on a book deal. This is cash-and-carry legislature at its worse. Today they attacked the First Amendment while allowing the Governor to cash in on a book at the expense of the taxpayers. This is especially ridiculous when our state is broke and has no money to deal with lead in our drinking . This gives him a big tax break and the ability to make money at the expense of the people of New Jersey. He may as well call his book ‘The Art of the Dirty Deal.’

There’ve been times when elected officials have signed book deals with huge advanced payments. It looks as if special interests are trying to curry favor with those officials. Sarah Palin got a $3 million advance when running for Vice President. Others like Mike Huckabee got an advance as well. It raises a suspicion in a state like New Jersey when there’s so many media companies. A company might give Christie an advance on a book in exchange for EDA funding on a new building or some other kind of governmental subsidy or approval. This raised the spectre of conflict of interest.

It’s shameful that we’re going to change the law to let Governor Christie to cash in on a book deal, especially when he could wait a year and do it then. If the book is about all the work he’s done in New Jersey, then half the pages will be blank considering he was out of state so much. Maybe he’ll name his book ‘Sit Down and Shut Up’, ‘No Bridge Too Big to Close’ or ‘I’ve Been Trumped.’ This bill should be held so that the taxpayers don’t have to suffer from Christie’s arrogance and greed.

1. Crime and No Punishment

3. Gone with the Windbag

4. The Art of the Dirty Deal

6. The Bridges of Bergen County

7. The Old Man and the Sea Level Rise