Hypothetical question: What do you call a president who attended a gay wedding before it became acceptable to “evolve” on the question of gay marriage, who historically professed his desire to defend the LGBTQ community in his acceptance speech at the RNC, who opened an exclusive club up to Jews, who disdained other clubs in print for refusing to be so open, who refused to be associated with a political party whose members included Klansmen, and who received an award from the Rainbow Coalition for his efforts toward diversity?

Apparently, if you are the political Left, you call him a budding fascist who gives aid and comfort to neo-Nazis and neoconfederates, who staffs his administration with white supremacists, and whose election has tacitly encouraged a national spree of hate crimes. Worse, you do all this without a shred of evidence to support these claims.

Or at least you behave this way if the president’s name is Donald J. Trump.

Former Massachusetts Governor Mitt Romney, known for both his tolerance as governor of a deep-blue state and for his strident criticism of candidate Trump, deserves credit for correctly branding Trump’s message as one of inclusion after his recent dinner at Trump Tower.

Would that the rest of Trump’s former critics and bitter opponents could be so clear-eyed. Instead, in the weeks since Trump’s election, an event that you would think would provoke more humility and careful scrutiny on the part of his opponents, we have instead seen them descend into a hysteria as tiresome as it is factually challenged. The far Left has, often with the unquestioning aid of the national news media, transformed overnight from the party of “love trumps hate” into the party of “fear trumps truth.” At this very moment, it is breathlessly informing women, racial minorities, Muslims, the LGBTQ community, and anyone else who will listen that the election of Trump has emboldened the ugliest supporters of the most appalling forms of hate, giving them carte blanche to crawl out from their caves into the daylight, without fear of repercussion.

Thus, both news networks and Left-wing activist groups tell us in tones of hushed terror that emboldened Neo-Nazis are gathering mere steps from the White House in anticipation of new power; that college students are being hounded and humiliated in public for being gay, or Asian, or Muslim; that blacks and gays are being assaulted at truck stops and down alleyways. If you’re not careful, you could be next, and because Trump is himself a hater, he will do nothing to protect you! So be afraid! Be very, very afraid.

Without exception, these allegations are fact free hogwash, and we reject them wholesale. Fortunately, dismissing them takes only a moment’s work.

Yes, it is true that a group of cut rate Hitler imitators who even Hitler himself would likely describe as untermenschen recently descended on Washington for the National Policy Institute (NPI) conference. But this is not new: NPI has been hosting its conference in DC for years before this one, and each time with crowds that fail to match the enthusiasm even of adult men enamored by cartoon horses. The only thing that is different this year, aside from the group’s hyping its nonexistent newfound influence, is that journalists and media outlets irresponsibly gave notice to them in the first place.

In other words, this pathetically irrelevant group was made relevant by the very people who now turn around and bemoan their relevance. Fortunately, that relevance was quickly dashed by the president-elect himself, who sternly disavowed them immediately after the event gained media attention, effectively ending the rationale for the press’s lurid gawking. Even the New York Times editorial board remarked that “It was good to hear Donald Trump ‘disavow and condemn’ the white nationalism of some of his supporters.” The White House, it turns out, will not be the White Supremacist House.

Sadly, this is the only one of the allegations above with even a hint of fact behind it. The rest are pure hoaxes, perpetrated by opportunistic and ideologically-motivated liars plucked straight from central casting for the Social Justice freakshow.

Further, the oversensitivity of the far Left to the alleged “hate” of the Trump era for failing to live up to the comically delicate and one-sided standards of discourse employed on college campuses gives openings for real hate speech and hate crimes to rise. When every off-color remark is hate speech, and when every microaggression is a hate crime, nothing is.

Does the Left imagine that the rise of the so-called “alt right” to such a status of countercultural prominence would have been possible if they had not beaten the word “racist” to death as a cudgel against even mild critics of President Obama? Can they possibly look back on eight years of those tactics leading their party to its near extinction and not recognize the manner in which they casually squander the good will of the American people? Perhaps not, given that newly elected House Minority Leader Nancy Pelosi apparently believes there is no appetite for a new direction among Democrats.

Ordinarily, the decision by Pelosi and her allies to misspend their political capital would be of no concern to anyone but their supporters. But the extent to which the Pelosis of the world have shamelessly ginned up genuine fear among those same supporters with these tactics is the most dangerous after-effect of the narrative that Trump has stirred up hatred. Successfully convincing millions of Americans that a new president and his supporters harbor personal animus toward them, and that this animus will be expressed through policy for the next four years, is a dangerous and self-serving tactic that divides this country just when it most needs healing.

We refuse to aid them in this, and call on our fellow members of the media to issue similar refusals. There are legitimate reasons that one can express wariness toward the president-elect’s incoming administration, and legitimate standards by which one can criticize him. But to permit ungrounded smears, hate crime hoaxes, and the aspirations of poisonous cranks to frighten the nation for no good reason is unworthy of anyone concerned with truth. 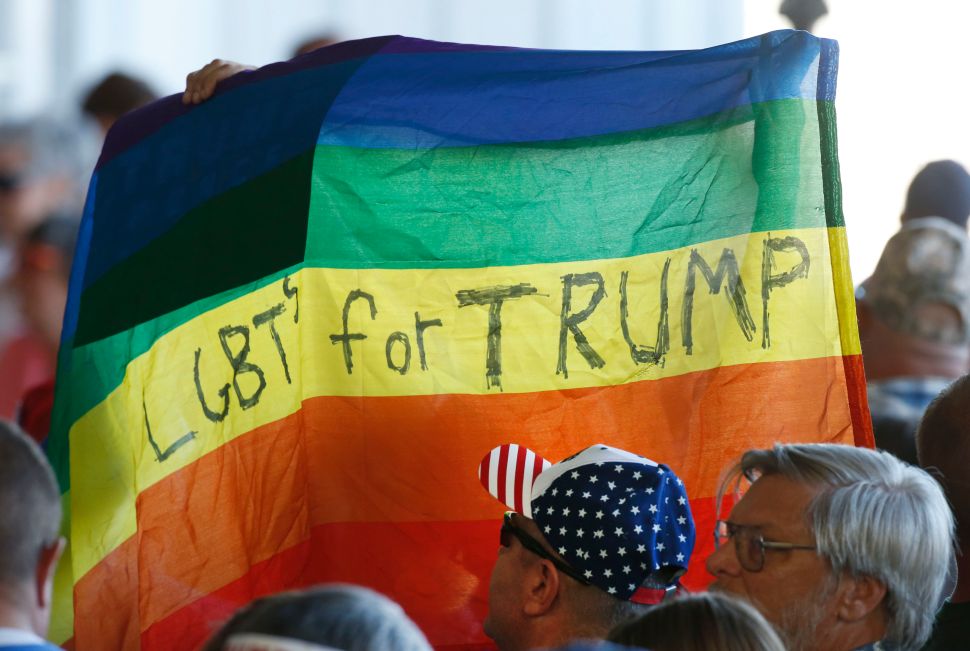