The Empire State is a Democratic Party stronghold and was a vital turning point in the primaries. Yet by the end of April, the New York Democratic primary had the second lowest voter turnout (19.7 percent) of all Democratic primaries, behind Louisiana. Though Hillary Clinton had a comfortable lead in pledged delegates, Sen. Bernie Sanders was experiencing a surge, winning the previous seven out of eight states. A potential win in New York could have proved to be a catalyst for Sanders’ comeback, but the foundation of the New York Democratic Party was not set up in his favor. The primary was constricted by rules that promoted voter suppression, coupled with issues that have yet to be explained or adequately addressed.

Some 126,000 voters were inexplicably purged from voter rolls in Brooklyn during the Democratic primary. The New York Attorney General’s Office would not comment on the purge as it is still under investigation. Two election officials, Diane Haslett-Rudiano and Betty-Ann Canizio Aquil, were suspended in the wake of the controversy. But the purge was just one of many issues that arose during the primary, most of which occurred in the New York City area, where Clinton’s victory in the state primary was solidified.

On December 6, New York Attorney General Eric Schneiderman issued a press release outlining several issues that arose during the Democratic primary, and then proposed remedies. “The voting issues we uncovered during the April primary were widespread, systemic and unacceptable,” said the release. “The right to vote is the right that protects all other rights. New York must become a national leader by protecting and expanding voting rights throughout the state.”

The New York State Attorney General’s Office received ten times as many complaints during the primaries than in any other election. Two-thirds of those revolved around voting barriers caused by rules, laws, procedures, and practices. The New York Democratic primary is closed off to independent voters. It stipulates a voter must register as a Democrat six months before the primaries in order to become eligible—one of the most restrictive deadlines in the country.

The New York Attorney General’s Office noted many voters were barred because the Board of Election Offices failed to properly process voting registrations, the DMV’s online voter registration system stalled and went offline due to high volume of registration requests before the six-month deadline, and some state agencies failed to transmit voter registration data in time for the primaries. The office also said 20 percent of the complaints they received were due to reduced poll hours and poll precincts moving without informing voters.

Independent voters are increasingly becoming the largest voter demographic in the country. The presidential election is ultimately decided by them, and it is hypocritical to expect these demographics to fall in line behind the Democratic Party nominee after party elites shut them of participating in the primaries. Primaries should serve as an opportunity for Democrats to reach out to voters and bring them into the party.

New York currently doesn’t have early primary voting, which significantly contributed to low voter turnout. Voters in New York City, one of the largest cities in the world, only had one day during the work week to cast their ballot. Many people cannot afford to take time off from work to wait in long lines. The New York Attorney General Office proposed allowing registered voters to cast ballots any day starting two weeks before an election. Enhancing poll worker training, instituting uniformity of poll site access hours across the state, and restoring voter rights for citizens on parole were some other election reforms proposed by the office.

The New York Attorney General Office’s proposed reforms would be a positive first step in expanding and promoting democracy in New York. Sadly, the Democratic Party has made little effort to enact such measures within their own primaries because the outcome in New York and other places was favorable to the Democratic Party establishment. Though it is hypocritical for the Democratic Party to allow rules and procedures to persist in their primaries which are designed to suppress voting, these rules are likely deliberately kept in place as they allow party leadership to garner greater influence over the outcome of their own primaries, meaning the candidates they prefer can be boosted into winning the party nominations. 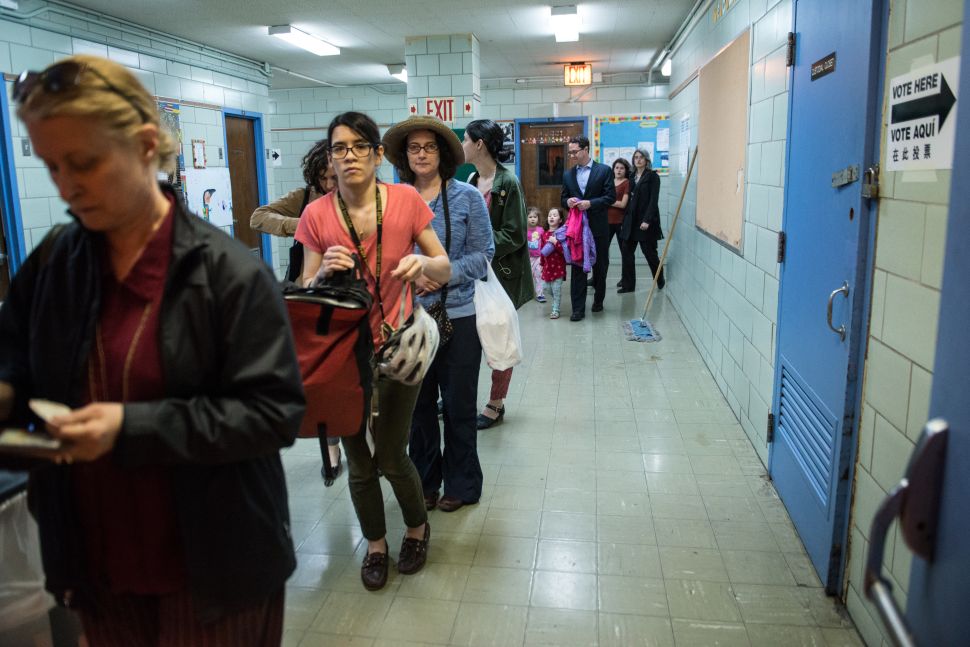