The duplex is located on the tenth and eleventh floors of 250 Mercer Street, with 12-foot ceilings throughout. Indeed, the immaculate co-op bears almost no sign of any wear. Glazer stayed mum, but per public record, the sellers are former tennis pro Patrick McEnroe and Melissa Errico. 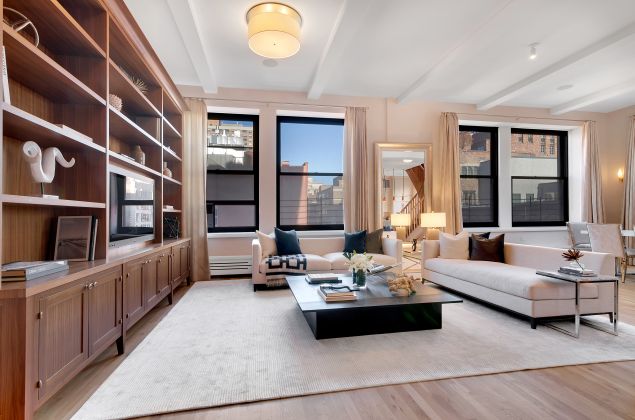 The pristine duplex is on the tenth and eleventh floors of Mercer House. Courtesy Douglas Elliman

The master suite is on the first floor, with three walk-in closets and a pristine white Bianco Dolomiti marble bathroom, with a built-in carved marble spa soaking tub and separate glass-enclosed steam shower.

A second bedroom suite with California closets is adjacent to a custom yoga studio (with en-suite full bathroom) the owners installed. “How could you live without one,” Glazer laughed of the studio, which is designed with a mirrored wall and barre. 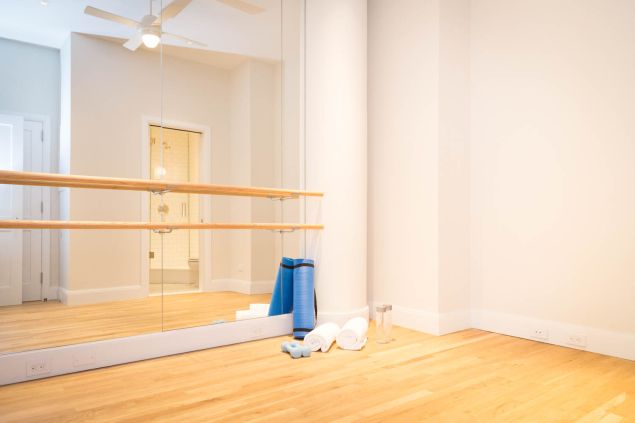 Because a yoga studio is a true necessity. Kaitlyn Flannagan for Observer

“Everything is super high end,” he said, noting the white Bianco Dolomiti marble counters and breakfast bar in the kitchen, which is fitted with SubZero and Wolf appliances.

“The living room is 32 feet,” Glazer, who shares the $5.75 million listing with Darren Sukenik, told the Observer. “You don’t find that often,” he added. Eight windows surround the space, though sadly, the early winter sunset prevented us from taking in the Greenwich Village cityscape. 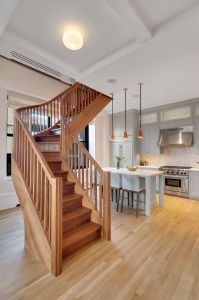 Custom American walnut mahogany built-ins throughout tie the apartment together, such as the nearly floor-to-ceiling media center that complements an adjacent mahogany bookshelf.

The curved mahogany staircase is custom made, and took “months” to complete, Glazer said, walking up the steps to the second floor of the home, where a second built-in bookshelf is the same wood as the stairs.

“You have three bedrooms and two full baths up here,” he said as we peeked into each of the rooms, which all have custom California closets. “It really has that townhouse feel,” he continued, walking back down the stairs.

“This apartment is for people that have style, and that want townhouse living,” Glazer enthused. “It’s really incredible—you have the views, the apartment, and the finishes!” 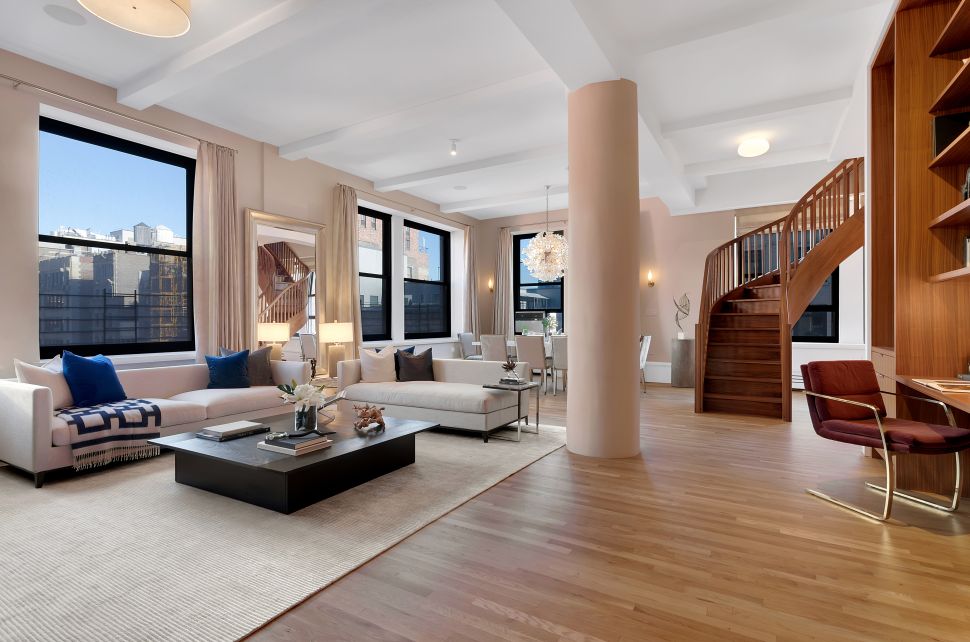