Mayor Bill de Blasio today endorsed Minnesota Congressman Keith Ellison to take the helm of their party in the coming era of Republican-occupied Washington—citing their shared left-of-center outlook and emphasis on motivating the Democratic base.

De Blasio and Ellison released a joint statement this morning through the mayor’s campaign apparatus, less than a month after the City Council’s Progressive Caucus backed the African-American Muslim lawmaker for chairman of the Democratic National Committee. Unlike de Blasio, Ellison burnished his ultra-liberal credentials by backing Vermont Sen. Bernie Sanders over Hillary Clinton in the Democratic primary this year.

“The Democratic Party stands at a crossroads, and needs leadership that will expand our vision to more Americans—while also intensifying our commitment to our core values. Keith Ellison is that leader,” de Blasio said, praising Ellison for boosting election participation in his home state, which Clinton won by one of the narrowest margins in recent memory. “A passionate fighter for economic fairness, he will pursue an opportunity agenda for Americans who have felt left behind; a unifier who worked tirelessly for both Bernie Sanders and Hillary Clinton, he will bring the party and the grassroots together while broadening and deepening the Democratic Party’s connections to the American people.”

“Keith Ellison is the leader we need to defend our principles, move the party forward and begin to take our country back from a dangerous right-wing agenda. I am proud to endorse him for DNC Chairman,” the mayor continued.

“Democrats win elections by bringing people together for a single cause, and nobody knows that better than New York City Mayor Bill de Blasio. I am proud to have his endorsement for DNC Chair,” the representative said. “His underdog campaign in 2013 mirrored what the DNC needs to do—harness the energy of the grassroots, speak with people who feel forgotten, and focus on turning out the vote. That is how he won in New York City and that is how we rebuild the Democratic Party.”

Ellison, the first person of the Islamic faith elected to serve on the Hill, also has garnered endorsements from of Sanders and from Sen. Charles Schumer, the incoming Senate Minority Leader. He has faced some opposition from more conservative quarters—in part because of his since-repudiated past association with the Nation of Islam and his occasional criticism of Israel—and will have to beat back rival campaigns by South Carolina Democratic Party Chairman Jaime Harrison and New Hampshire Chairman Ray Buckley.

In addition, Secretary of Labor Thomas Perez revealed to the Observer last week that he was “looking seriously” at pursuing the position, and he could enjoy the backing of President Barack Obama. To placate calls for a full-time chairman, Ellison has promised to resign his seat if he wins.

De Blasio feuded with the previous DNC chairwoman, Florida Congresswoman Debbie Wasserman-Schultz, over her refusal to bring the party convention this summer to Brooklyn. Wasserman-Schultz resigned from the leadership perch after internal emails leaked that suggested her organization favored Clinton over Sanders—emails believed to have been pilfered by Russian government hackers attempting to assist now-President-elect Donald Trump. 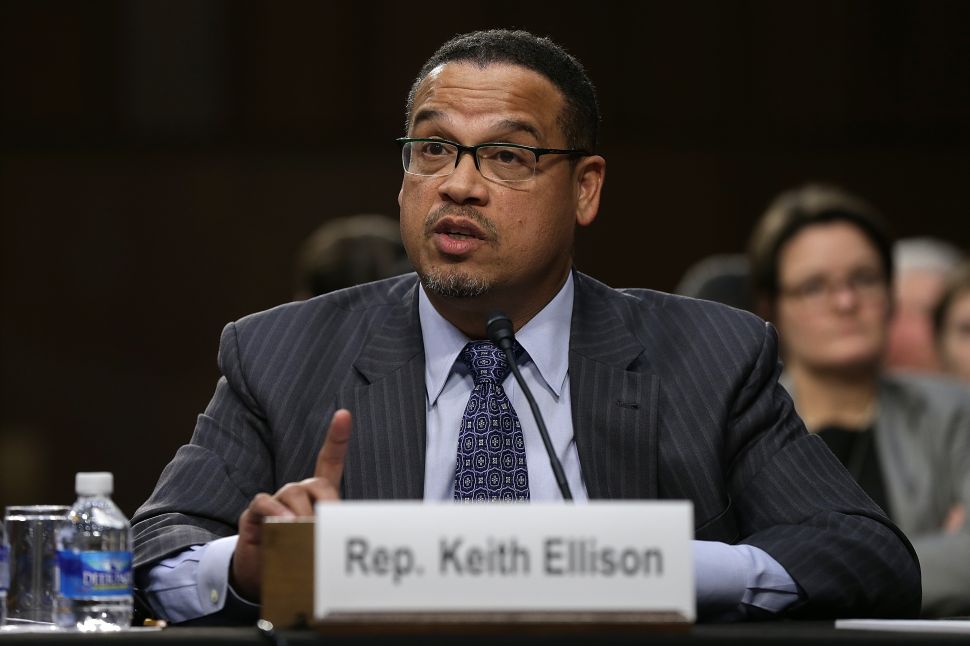