The city’s top cop says that if the city does not receive full reimbursement for protecting Trump Tower, the NYPD will have to continue drawing upon resources from precincts in the rest of the five boroughs to make due—though he’s “optimistic” President-elect Donald Trump will ultimately side with his hometown.

Earlier this month, the House passed a year-end continuing resolution that indemnified the city just $7 million—a fifth of its requested $35 million—in costs related to safeguarding Trump and his family at his unofficial transition headquarters on Fifth Avenue. Shortly before Christmas, O’Neill acknowledged that the effort was draining manpower and man-hours from across the city—and warned today that would continue so long as Washington denies New York a full refund.

“We’re gonna continue to draw resources from around the city to bring them into 56th and 5th and to make sure that we continue to keep people safe,” O’Neill told the Observer, comparing the situation to large holiday events. “We handle large events, whether it’s an ongoing one like 56th and 5th. We have New Year’s Eve coming up. This is what the NYPD does and we do it so well.”

Like his boss Mayor Bill de Blasio, O’Neill professed faith that Trump will pressure the federal government into giving the city all the funding it needs to keep his family and properties safe.

“I’m an optimistic person by nature so I’m pretty sure we’re gonna be reimbursed for all of the effort that we’re putting forth at 56th Street and Fifth Avenue,” O’Neill told the Observer following the NYPD graduation ceremony at Madison Square Garden this morning. “So the plan is that we’re gonna continue to keep New Yorkers safe whether or not we do get the money, but I’m optimistic.”

O’Neill said he has not yet calculated how much money the city is saving by partially reopening 56th Street and said that the discussion regarding reimbursement for the city is ongoing.

Yesterday evening, Trump’s social media director Dan Scavino, Jr. called de Blasio’s spokesman Eric Phillips an “embarrassment” to the mayor and to the NYPD after he bitingly suggested that the Trump administration pick up the tab for the NYPD’s work investigating a suspicious package at Trump Tower.

But O’Neill brushed off the notion that the brief Twitter squabble could hamper ongoing discussions about fully reimbursing the his department for its protective efforts. 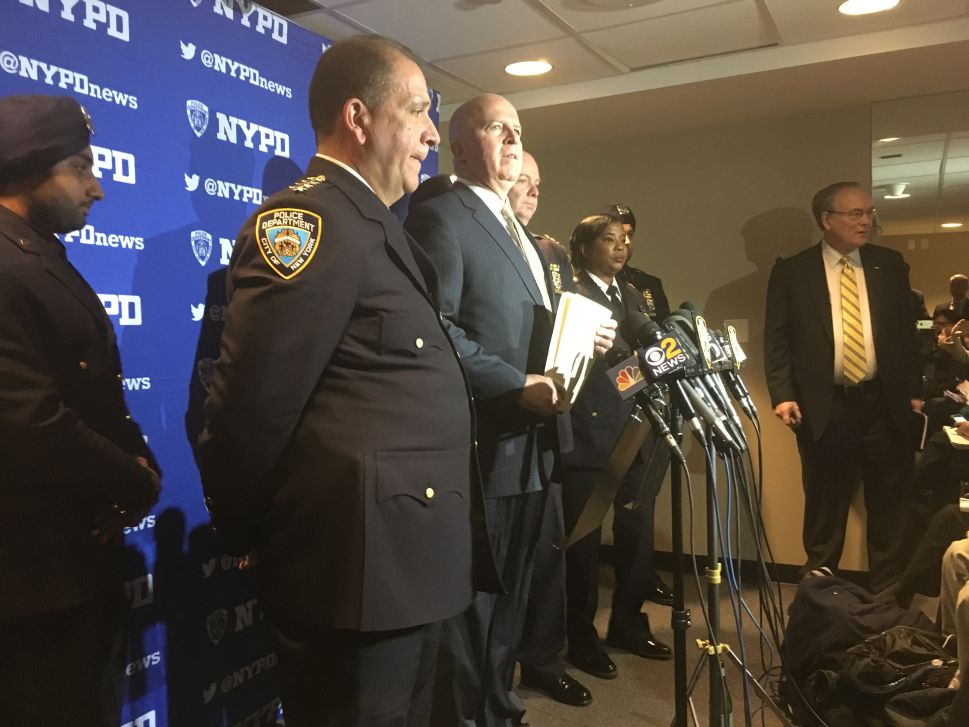