As Barack Obama’s presidency comes to an end, his administration continues to disappoint many progressives still expecting the hope and change promised during his 2008 and 2012 presidential campaigns. In many areas where Obama had the opportunity to deviate from the status quo, he fully embraced it instead.

Under his presidency, the United States maintained an interventionist foreign policy spearheaded by Hillary Clinton as secretary of state. During Obama’s first five years as president, the U.S. exported $30 billion more in weapons to foreign governments than George W. Bush did in eight. These weapons fueled unrest and violence in the Middle East. Obama has bombed seven foreign countries throughout his presidency: Iraq, Afghanistan, Pakistan, Somalia, Yemen, Libya and Syria. This includes fully embracing and spreading the highly controversial use of drone strikes across the globe, even though they are known to kill innocent civilians. All of this in spite of Obama promising in 2008, “I will not waste a minute brokering Middle East peace.”

In 2008, Obama pledged to increase protections for whistleblowers. Those promises were scrubbed from his website in 2013 in favor of a war on transparency. “On his watch, there have been eight prosecutions under the 1917 Espionage Act—more than double those under all previous presidents combined,” the Guardian reported in 2015.

While whistleblowers were punished under Obama’s Administration, top level executives and government officials were granted immunity for violating the law. No big bankers were punished after the 2008 economic recession they caused. Instead, the big banks were bailed out. The individuals in Obama’s Administration who were responsible for prosecuting big bankers (or not doing so) include former Treasury Secretary Timothy Geithner, former Attorney General Eric Holder, and former DOJ official Lanny Breuer, all of whom now make millions working on behalf of Wall Street.

During his first presidential campaign in 2007, Obama promised he would have the most transparent and accountable administration in history. That never happened. In many ways Obama’s Administration has been the least transparent and accountable in history. They have delayed, denied and circumvented the Freedom of Information Act (FOIA) at unprecedented levels. “FOIA request backlogs have more than doubled since President Obama took office,” reported the Wall Street Journal in 2015. “The feds received 714,231 FOIA requests in fiscal 2014, and nearly 160,000 weren’t processed within the legal time limit, up 67 percent from fiscal 2013.”

Obama has been abrasive toward the serious media, and mostly limited access to soft or positive publicity interviews with celebrities. “His on-the-record interviews with hard-news, government reporters have been relatively rare—and, rather than being wide-ranging, often limited to a single subject, such as the economy,” wrote The Washington Post’s media columnist, Margaret Sullivan in May. “On media rights generally, the Obama administration hasn’t walked its talk. It has set new records for stonewalling or rejecting Freedom of Information requests. And it has used an obscure federal act to prosecute leakers.”

In regards to issues of race, criminal justice and poverty, Obama often ignored or made little effort toward progress when opportunities called for action. “Obama thrives on being in the middle. He has no backbone to fight for justice. He likes to be above the fray. But for those of us who are in the fray, there is a different sensibility. You have to choose which side you’re on, and he doesn’t want to do that,” Dr. Cornel West wrote for the Guardian in July. “Obama’s attitude is that of a neoliberal, and they rarely have solidarity with poor and working people. Whatever solidarity he does offer is just lip-service to suffering but he never makes it a priority to end that suffering.”

On environmental issues and climate change, much of Obama’s promises and rhetoric have been nothing more than a marketing strategy. He has often used National Parks as a backdrop for speeches on climate change, but the National Park Service’s maintenance backlog has increased under his presidency to $11.5 billion. This backlog is being used as an excuse by the National Park Service director to raise money by exchanging commercial incentives in the park for corporate donations, jeopardizing the purpose of the National Parks. In contrast to Obama’s claims to push for clean and renewable energy, his administration has presided over the largest oil boom in American history, catalyzed by his decision to open up 59 million acres in the Gulf of Mexico to oil and gas drilling, and increasing the sales of leases for drilling on federal lands.

Obama and Hillary Clinton loyalists have praised the president on fiscal matters, alleging that his administration created an economy “that’s now the envy of the World.” But for most Americans, those economic gains are nowhere to be found. The poverty rate, at 13.5 percent, remains higher than it was in 2008 by .3 percent. Income inequality has continued to increase throughout his presidency. The current unemployment rate of 4.7 percent is touted as evidence of Obama’s successful economic policies, but progressive economist Robert Reich’s Economic Policy Institute places real unemployment at 6.5 percent when missing workers from the labor force are accounted for. Underemployment, where workers depend on unsteady work from gig operators like Uber, further deflates unemployment rates, and leaves out the ongoing struggles of the working and middle class. Though the working and middle class have made little to no gains under Obama, the wealthy have been able to reap the benefits of his economy, all while making his administration look good. Since 2008, nearly 99 percent of all new generated income has gone to the wealthiest one percent of Americans.

In 2011, the disastrous Citizens United decision by the Supreme Court, in addition to previous and subsequent SCOTUS rulings, opened the gates for wealthy and corporate interests to flood political campaigns with donations. Obama made no effort to mitigate the implications of these decisions. When former Democratic National Committee (DNC) chair Debbie Wasserman Schultz rescinded a ban he enacted in 2008 on lobbyist and PAC donations to the DNC—which disproportionately benefited Clinton’s campaign—Obama and his administration made no protest.

Donald Trump will likely transform this neoliberal disaster passed down from Obama into a nightmare for progressives. What remains of social safety nets for the working and middle class, including Obamacare, Medicare, social security, welfare and unemployment benefits, will be chipped or stripped away by his administration and the Republican majorities in Congress. Environmental issues and climate change will become increasingly ignored in favor of big oil, development, and corporate interests focused on short-term profits. Transparency and press access were ignored throughout his presidential campaign, these policies will likely only worsen under his presidency. 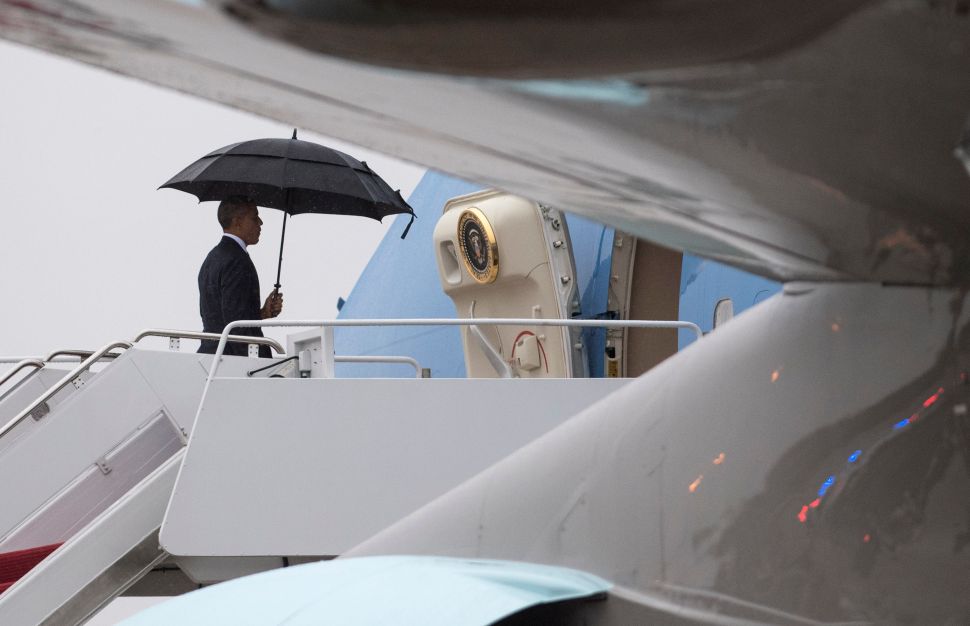