Like many publications, the Observer has been contemplating the best way to adapt feedback from readers to the digital age. The venerable Letters to the Editor page doesn’t hold so much juice in an area where so many readers come in through the “side door” via social media and haven’t read the stories to which the letters respond. Yet comments at the bottom of stories so frequently descend into crazy, bigoted, mean-spirited, and personal back-and-forth that this too is a flawed solution.

A few years ago, Observer changed our platform from Disqus, where commenters could remark essentially anonymously, to a Facebook-powered system, where at least one was attaching a real name to the comment. It got less toxic for a while, but even that solution wasn’t perfect because it turns out that many Facebook IDs are phony, created exclusively for the purpose of calling everyone Hitler or actually kind of sounding like Hitler, plus there are a surprising number of people using their real names who don’t particularly mind sounding like Hitler.

Then there’s the solution that many publications, including the New York Times employ, in which not every story provides an opportunity to comment and the ones that do are moderated, just like the print version of a Letters page. That’s not a panacea either, though – it takes a ton of time to comb through this stuff. And we’ve gotten some legal advice that if you delete a few comments, you could be exposed to being perceived as “approving” of those that remain. Once you moderate, you really gotta moderate.

So there’s no perfect solution.

Meanwhile, we really miss the dialogue that takes place. And especially in this weird era, where a decent number of people have gotten the impression that writing an anonymous letter to the Observer is the surest way to be heard by Donald Trump, our mail is more entertaining than ever. We already wrote about a correspondent who mailed us a wildly ornate actual letter every other day of the campaign. He (or she) has recently resumed that habit, but today we launch an occasional series of Letters to the Editors that collates the smartest, craziest, and funniest communications we receive. We will not share personal email addresses and are not editing the letters.

The best thing we got this week wasn’t a letter. It was a voicemail to our publisher from a “tenth generation American” who is dismayed by Donald Trump’s early moves as President-elect. You really have to listen all the way through the 3-minute rant because the last second is the best part.

This reader apparently found our look back at the Obama years by Eric Pape (not Page) too favorable toward the president.

after reading the article by Page on the Obama presidency, I will never read the Observer again. I was an excited new reader until today.. john McDonnell

Joe Lapointe has got to be the worst columnist ever. I didn’t vote for Trump either but his article is so biased it was ridiculous. He might as well written it for the San Francisco Examiner. Is he trying to get fired so he can collect unemployment?

This writer doesn’t love the president elect’s choice to head the EPA. Observer doesn’t seem to have written about Scott Pruitt since 2012, but the reader is entitled to share his opinion.

Austin Bay’s story calling on the FBI to investigate left-wing agitators elicited the most mail of any story we ran, including some of the most thoughtful reactions:

Your op-ed by Austin Bay, aside from being dangerously partisan and anti-dissent was based on many fake news articles and poorly vetted facts. He links to a clearly fake news story that has been debunked, and insinuates that if there were so many reports (by which I assume he means tweets?) about it, then could all have them been fake really? This has the effect of de-legitimizing that people could be seriously upset or concerned about anything that Trump is actually doing or saying, like having people connected to white-nationalism be put in powerful roles, or demeaning the fact-based press in knee-jerk reactions to non-favorable coverage. This drives more people to seek sources like these fake news sites. Here’s one of the fake news sites Austin Bay linked to in his op-ed. This is truly a shameful and dangerous precedent, especially given what he is writing about — using the FBI to silencing political opposition to trump.

why to you post silly articles by the likes of a guy named Bay, an adjunct prof, who tells us the Dems need to be investigated by the FBI for disrupting the nation or some such nonsense…He is a misfit to allege such crap, and he offers no specific instances in need of investigation.  You need to rethink what you post, be it liberal, conservative, or of middle of the road. A standard of competent writing includes not merely decent writing skills but also a command of ideas and substance.

We think this one is intended to be sarcastic:

There’s an organization putting fake news on the Internet. It’s at observermedia.com. Says President-elect Donald Trump’s son-in-law is in charge. That can’t be true! Mr. Trump is HUGELY honest, and I know he wouldn’t want his family participating in a disinformation campaign. Please investigate!

There’s a certain direct quality to these three that’s quite charming:

My anonymous tip… Go fuck yourselves.

Orange Hitler is a child molester, a rapist, a con artist, a thief, and a serial liar. Please support real Americans that are protesting. Anti-Trump protests will continue and grow larger. Observe That!!!!!!!!!!!!!!!!!!!!!!!

You are right wing knuckleheads.  Get a clue.

“Print that” advised this one and now we kinda did:

Don’t give any more time to Jill Stein, she is a embarrassment to the country and needs to get off the world stage. Other countries are looking at us and laughing. This is such nonsense- wasting time and money – tell her to donate the money to sick children or a animal no kill shelter Print that

Are you another republican propaganda organization like Fox news?

And finally, Someone didn’t care for Observer editor Max Pizzaro’s television appearance. They left off the last l for savings.

I watched Pizarro on NJ12. What an arrogant ducking douchebag. I guess that’s the best you can afford. He’s awfu

If you would like to send Observer a tip or a comment, please address to editorial@observer.com. You can do so anonymously via tips@observer.com 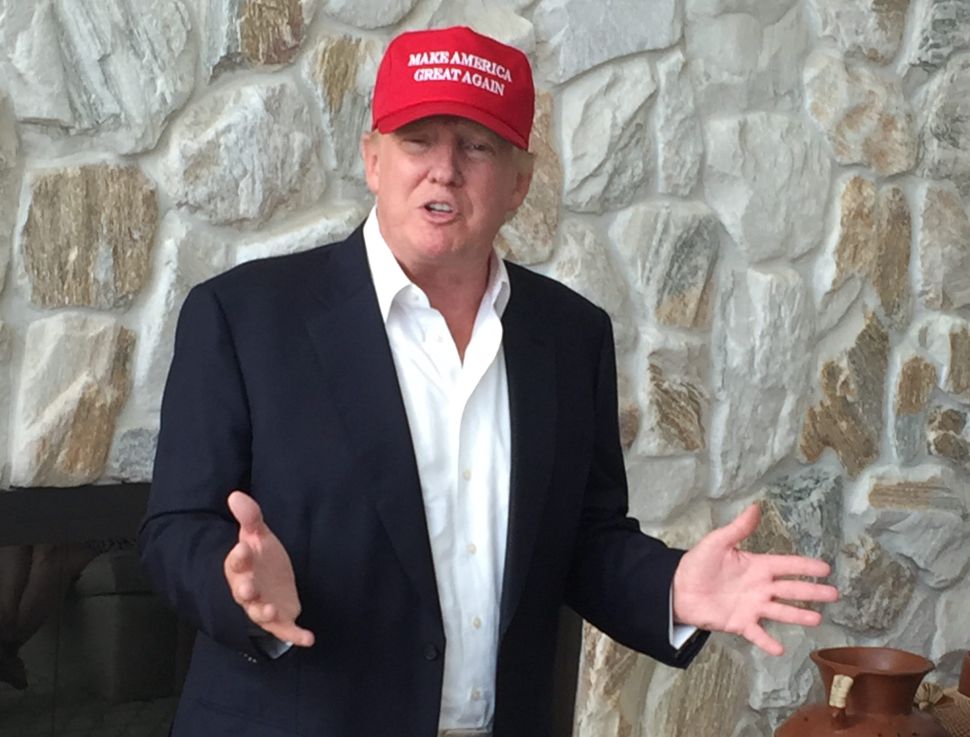