Political prosecutions have no place in the American Democratic Republic.  President Barack Obama should make that statement loud and clear and pardon both Hillary Clinton and Sen. Bob Menendez.   If he does not, then his runaway Justice Department with a track record of using laws in unintended ways to prosecute elected officials will forever be a part of his legacy.

Sen. Menendez was targeted for his criticism of the Obama Administration’s positions on both Iran and Cuba. As for Hillary Clinton, Republicans have been trying to “lock her up” ever since the tragic events in Benghazi. Both investigations reflect a Justice Department and a Federal Bureau of Investigation that are out of control. This is unacceptable, and a strong, bold statement must be made about it.

The power of the President to grant pardons is grounded in the U.S. Constitution. Article II, Section 2 states that the President “shall have power to grant reprieves and pardons for offenses against the United States, except in cases of impeachment.”

Despite the potential for abuse, the framers believed that pardons were necessary given the often-rigid application of criminal laws. They also determined that the power to pardon should be exclusive to the President. As Alexander Hamilton explained in The Federal Papers:

The criminal code of every country partakes so much of necessary severity, that without an easy access to exceptions in favor of unfortunate guilt, justice would wear a countenance too sanguinary and cruel. As the sense of responsibility is always strongest, in proportion as it is undivided, it may be inferred that a single man would be most ready to attend to the force of those motives which might plead for a mitigation of the rigor of the law, and least apt to yield to considerations which were calculated to shelter a fit object of its vengeance. The reflection that the fate of a fellow-creature depended on his sole fiat, would naturally inspire scrupulousness and caution; the dread of being accused of weakness or connivance, would beget equal circumspection, though of a different kind.

Today, the DOJ’s Office of the Pardon Attorney coordinates requests for clemency. The President’s pardon power only extends to federal crimes and does not extend to civil liability. Clemency can take a variety of forms, including pardon, commutation of sentence, remission of fine or restitution, or reprieve.

The number of presidential pardons has declined over time, but many are still controversial or otherwise historic. In 1977, President Jimmy Carter granted an unconditional blanket pardon for all Vietnam War draft dodgers, a decision aimed to help mend the bitter divide caused by the controversial conflict. In 2001, President Bill Clinton was criticized for pardoning Roger Clinton, his half-brother.

Neither Clinton nor Menendez has been convicted of any criminal charges. However, a presidential pardon may be granted at any time. Individuals do not have to be convicted of a crime to receive pardon.

In 1974, President Gerald Ford pardoned Richard Nixon, although Nixon had not yet been charged with any crime in connection with the Watergate Scandal. The full and unconditional pardon included any crimes Nixon may have committed against the United States while in office. While Ford was criticized, he believed the pardon was the best way for the country to move past the scandal.

Legal experts have publicly acknowledged that convicting Sen. Menendez or Secretary Clinton of anything is a long shot. However, that will not stop their political enemies and power-drunk FBI and DOJ officials from wasting endless taxpayer dollars trying to make something stick. Whether its Obama or Trump, it is the President’s job to right the ship and send a clear message that politics is not a crime.

Donald Scarinci is a managing partner at Lyndhurst, N.J. based law firm Scarinci Hollenbeck. He is also the editor of the Constitutional Law Reporter and Government and Law blogs 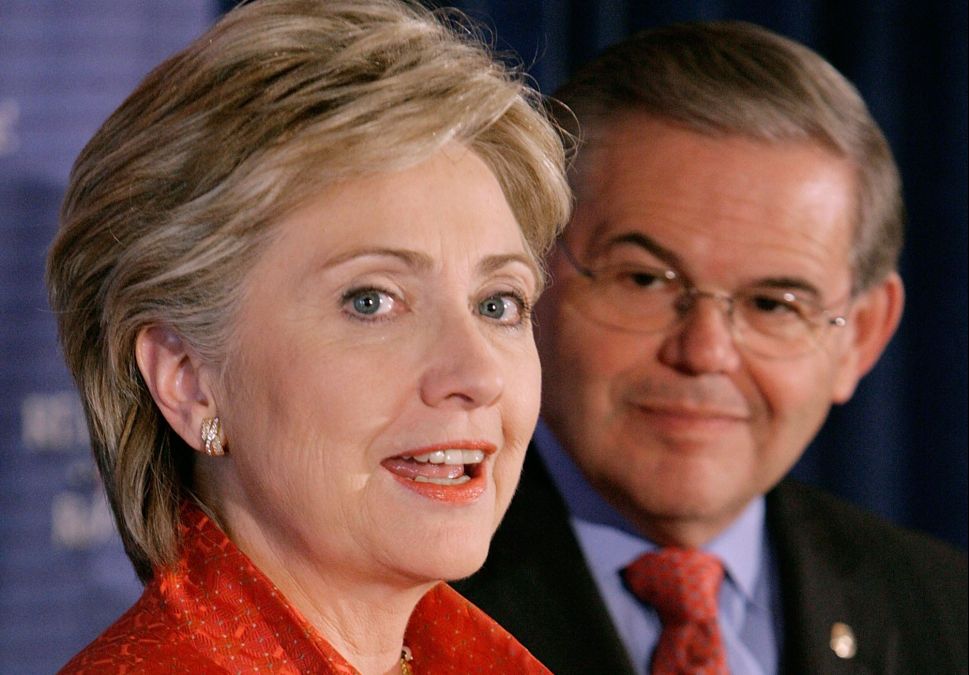