It’s been nearly one month since the general election, and the Democratic Party still refuses to learn anything from Hillary Clinton’s embarrassing loss to Donald Trump, and their failure to recoup majorities in both Houses of Congress. The Democratic Party leadership opted instead to preserve the status quo by electing Sen. Charles Schumer and Rep. Nancy Pelosi to lead the party in Congress.

In a recent interview, House Minority Leader Pelosi confirmed that the Democratic Party doesn’t plan on enacting any reforms or making any changes beyond different marketing strategies. “I don’t think people want a new direction,” she said in a December 4 interview with CBS’ Face the Nation. “Our values unify us and our values are about supporting America’s working families.” She added, “we went up so high in 2006 and 2008. Let me just put that in perspective. When President Clinton was elected, the Republicans came in big in the next election. When President Bush was elected, we came in big in the subsequent election. When President Obama was elected President, the Republicans came up big in the next election.”

Pelosi and establishment Democrats would rather preserve their political power and privilege than sacrifice any of that for the growing Bernie Sanders-enthusiast, progressive wing of the party. Not only is Pelosi downplaying the drastic losses Democrats have suffered across the country, but her strategy as a leader is simply to expect Americans to begin voting for Democrats after a few years of a Trump presidency. This hubris is what brought the Democratic Party to this point in the first place; relying on fear-mongering in anticipation of Republicans losing the White House and majorities in congress is a self-destructive political maneuver.

Congressional Republicans joke to one another about keeping Pelosi in charge of Democrats in the House because of her ineptitude and resistance to making any changes, regardless of her dwindling number of Democratic Party colleagues in the House. “I’m rooting for Nancy!” House Majority Leader Kevin McCarthy told reporters on November 29. “She may have more support in our conference than her own conference.”

Democrats placed Sen. Bernie Sanders in charge of their outreach, but Pelosi’s comments and the resistance party leadership has displayed toward discussing any potential reforms suggests the only thing they plan on changing is their marketing strategy. They want to exploit Sanders’ popularity in the hopes that it boosts their own along with it. But if the primaries were any indication, Sanders supporters are unlikely to fall in line behind the Democratic Party if meaningful reforms aren’t implemented. Democrats cannot expect to start winning again while simultaneously continuing to treat progressives as second-class citizens. Scaring, shaming, scolding and blaming are political strategies that will only serve to create a greater rift among Democrats. But in the post-election, Democrats have continued using these tactics just as enthusiastically as before.

On December 3 in Michigan, progressive activists allege they were assaulted by Michigan Democratic Party members, including the officer-at-large, during a peaceful protest for change, at a meeting. “We were protesting the lack of transparency inside the Michigan Democratic Party—the way elections are rigged to benefit insiders and donors and how the public is kept in the dark,” wrote Sam Pernick, the chair of Young Democrats of Michigan, in a Facebook post. “We were also advocating for Keith Ellison for DNC Chair. At the meeting, candidates were being chosen to represent Michigan on the Democratic National Committee (DNC),” he said. “When we arrived, we learned that all the candidates had already been pre-selected (via backroom deals) and would only be given one minute to explain their qualifications. There was no opportunity for questions. It’s no surprise so many felt betrayed and abandoned by the Democratic Party last November given how the party treats those who disagree. Without significant change in the Democratic Party, we will continue to lose elections and will become known as the party of the donors and the elite.”

Pernick posted a video of the altercation at the meeting, which appeared reminiscent of the controversial Nevada Democratic Party Convention, at which the pro-Clinton Nevada Democratic Party chair Roberta Lange changed party rules at her own discretion to avoid more Sanders delegates being sent to the Democratic National Convention than Clinton delegates. When Sanders supporters protested, Sen. Barbara Boxer, whose daughter was formerly married to Clinton’s brother, scolded them. The mainstream media then helpfully propagated a falsified report that they were throwing chairs.

If the Democratic Party leaderships doesn’t change their attitude toward Sanders supporters, protests and divisiveness within the party will continue to increase—and so will losses to the Republicans. 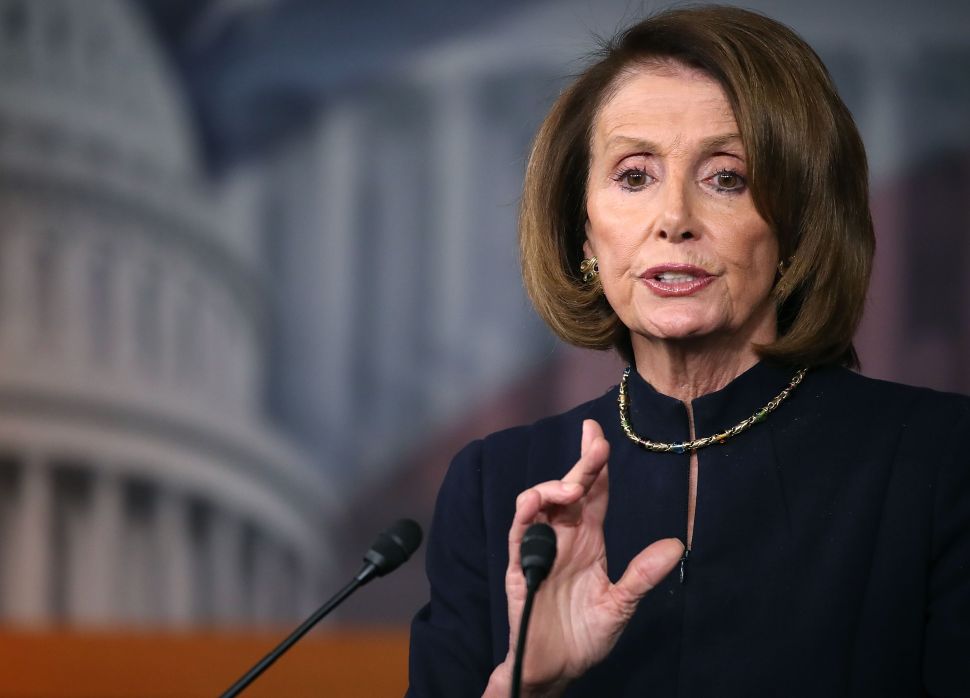