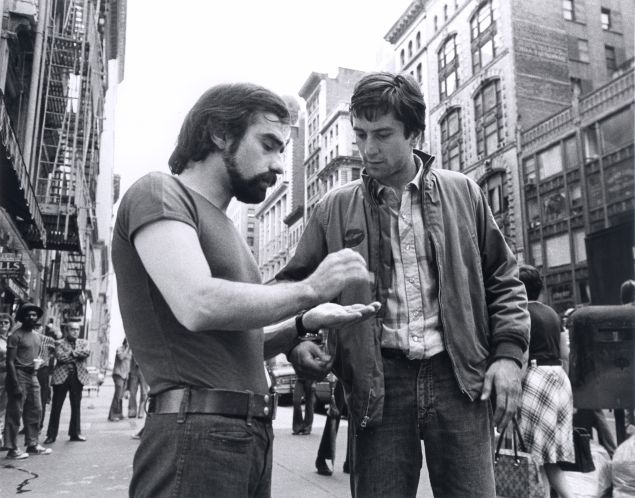 Martin Scorsese and Robert De Niro on the set of Taxi Driver (1976). Courtesy of Sikelia Productions

The Eternal City was to be a film by Martin Scorsese, set in Rome, where intrigue turns the imperial capital into a battleground. Scenes from the movie, which was never made, are rendered in an elaborate one-sheet story board, which Scorsese, now 74, composed in pencil and crayon when he was 11. It’s never too soon to start work on a feature film.

That story board, and plenty more from Scorsese’s more than 60 years of filmmaking, if we start with The Eternal City, are on view at the Museum of the Moving Image in “Martin Scorsese,” a tour through the process, places and people of his movies and television.

Apart from his work as a director, producer and cinema preservationist, Scorsese is a prodigious archivist, with a vast collection of films. Much on view comes from his own collection, including photographs, annotated scripts and his own drawings and storyboards. In 1990, Scorsese created The Film Foundation, based in Los Angeles and devoted to film preservation, after failing to find viewable prints of films that he wanted to see.

In Scorsese’s own hand, we see his vision of the now-legendary pool hall brawl in Mean Streets (1973). Also on view is a head-on drawing of Travis Bickle, the loner played by Robert De Niro in Taxi Driver. This view of Travis has the angry man in his signature end-of-film Mohawk, which triggered the “go back to your tribe” retort from the long-haired pimp played by Harvey Keitel, whose character is also drawn by Scorsese in this show. The director’s draftsmanship has all the formal subtlety of stick figures, yet the story boards are a means to an end, and a rare look inside his process. The faded drawings, modest yet dramatic, became combustible scenes on the screen.

“I like to draw pictures. It just turned out the pictures started to move. What can I tell you?,” Scorsese told the critic Richard Schickel in Conversations with Scorsese (2011), a valuable compendium drawn from marathon interviews.

“The look of the wide-angle lens, of an 18 millimeter in an Orson Welles film, is so important to me. Or how an actor in the foreground is distorted a little bit,” he told Schickel. “I could draw that. I could draw that with pencils, the Eberhard Faber Ebony, Jet Black, Extra Smooth, 6325. I’ve been using them since the 50’s. They no longer make them. I bought the last box of them on eBay, for a couple of hundred dollars.” Ever the perfectionist.

The Mean Streets drawings are in a gallery that is a way-station station before the main exhibition, a few steps up from a massive four-screen overture to the director’s career. The story boards are displayed on nearby monitors that play clips from Shine a Light (2008) the director’s performance documentary of the Rolling Stones, and No Direction Home (2005), his portrait of Bob Dylan. Scorsese led the way in using pop hits to target and evoke a mood. Think of Be My Baby at the opening of Mean Streets. Let’s not forget that he was also the supervising editor on Woodstock (1970), and that Scorsese directed Michael Jackson in the music video of BAD (1987).

“Martin Scorsese” began in Berlin, and traveled to four more cities before coming to New York.

Queens, where the Museum of the Moving Image sits alongside the Kaufman Studios, might seem an unlikely place for an exhibition considering a filmmaker who is associated with so many other parts of New York City. Those are identified on a huge wall-mounted map. There’s the Little Italy neighborhood where Scorsese’s whole block was Sicilian, the Bronx of the boxer Jake Lamotta in Raging Bull (1980), the Brooklyn of mobsters in Goodfellas (1990), the genteel Manhattan settings of The Age of Innocence (1993, complete with costume sketches by someone other than Scorsese), and the lower Manhattan squalor of Gangs of New York (2002). The sooty earth-colored shirt and trousers won by Leonardo DiCaprio in that film are on display. 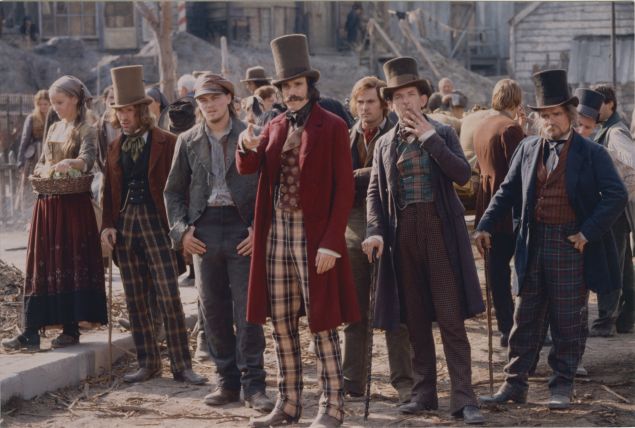 Yet Queens is where Scorsese was born, in Corona. He lived there with his parents until times turned tough for his father, and the family returned to Elizabeth Street in Little Italy. Queens is also the location of JFK Airport, where the mob family tracked in Goodfellas pulled off a huge heist.

Even though Scorsese has filmed everywhere from Las Vegas to China, there’s a suggestion throughout the exhibition that, as they say about politics, all art is local. We see gritty clips from Mean Streets (shot mostly in Los Angeles in 1973, for the record) and from the fascinating Italianamerican (1974), filmed entirely in the director’s parents’ apartment on Elizabeth Street.

Charlie and Catherine Scorsese sit on a couch wrapped in a clear plastic slipcover as they talk of growing up in Little Italy, displacing an earlier generation of Irish immigrants, and crushing vats of grapes for wine in tenement apartments packed with large families. The Scorsese dining room table, where the director shares a meal with his parents while shooting, is on view in the galleries.  The show also exhibits framed pictures that were on the wall of the Scorsese home.

That 1974 documentary (excerpted in the galleries) couldn’t be more home-made. Yet it shows us something more than no-budget filmmaking. The son, already a director, is directing his parents, with gentle encouragement, coaxing stories out of them. Scorsese had the instincts of a documentarian, letting his subjects talk, and talk they do. Catherine Scorsese even gives up the secrets of her recipe for meatballs.

Down the stairs from the exhibition, don’t forget to turn right to the small display case which holds objects from the just-released Silence, Scorsese’s adaptation of the novel by Shusaku Endo that he finally made after almost thirty years of trying. The vitrine doesn’t seem like much, until you look closely to see the crudely carved crosses, which in the film (and in the novel and in history), bore witness to the religion that Christians practiced in secret in 17th century Japan, under penalty of death. The small objects are props, but they seem like relics. As in Endo’s novel, and now in Scorsese’s film, they’re links to a reign of horror. If that’s not enough, Scorsese story boarded a gruesome torture practiced by the authorities of Nagasaki that becomes Silence’s leitmotif of religious brutality. Given our own experience with ISIS, the events of Silence seem a lot closer than four centuries away. 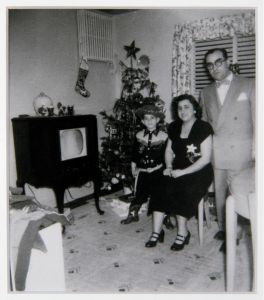 An obvious question comes up. What’s missing? There’s no checker cab from Taxi Driver that Travis Bickle drove through the steamy streets of New York, now truly a museum piece under any circumstances, if it still exists. There’s Mrs. Scorsese’s spaghetti sauce, observed in the making in Italianamerican and then documented in the end credits with a recipe. I didn’t see it on the menu at the ground-floor snack bar, nor was the cookbook she published in 1996 in sight. We also don’t see the spikey crown of thorns worn by Willem Dafoe in The Last Temptation of Christ.

The list goes on. But anyone keeping an inventory will be pleasantly distracted by The Key to Reserva (2007), a nine-minute tribute to Alfred Hitchcock, made as an advertisement for Freixenet, a Spanish cava, or sparkling wine.

The catch here, Scorsese explains on-screen, is that the script for this film comes from a secret scenario, all of which was lost but a few pages, which just happen to be in his archive.

Besides showing a selection of Scorsese films during the run of the exhibition, MOMI is also presenting movies from among more than 600 that have been preserved by The Film Foundation.

“Martin Scorsese” runs through April 23 at the Museum of the Moving Image; Astoria, Queens. The wide release of Silence is set for January 6. 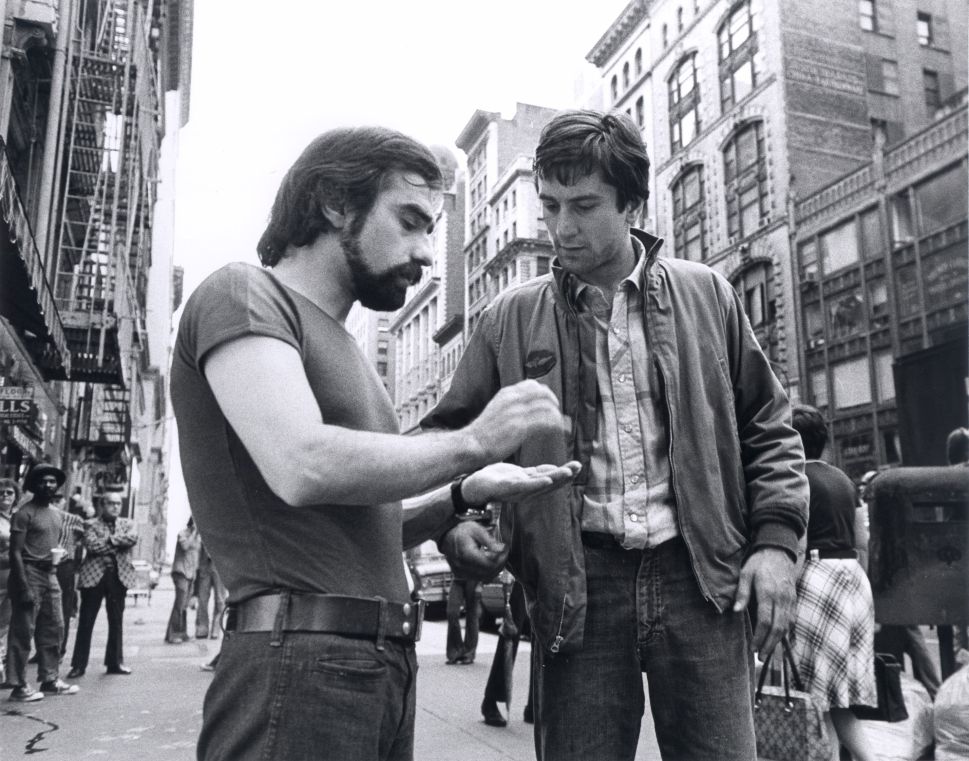