Pizzagate, a nutty conspiracy theory about a child sex ring run from a Washington, D.C., pizzeria, has become the focal point for the “fake news” alarm—particularly after a rifle-toting man recently showed up at the restaurant to “self-investigate” and rescue nonexistent victims. While no one was injured, the incident lent an eerie prescience to an earlier Washington Post editorial titled, “ ‘Pizzagate’ shows how fake news hurts real people.” The politics of Pizzagate—mostly pushed by Donald Trump supporters (including Michael J. Flynn, son of Trump’s national security adviser-to-be Michael T. Flynn) and purported to implicate Hillary Clinton and her campaign chief John Podesta—make it even more emblematic of the “fake news” issue. To many pundits, this is terrifying evidence of the dark irrationality unleashed by the Trump campaign.

The Pizzagate saga is indeed disturbing. An obscure reference in one of Podesta’s hacked emails—a handkerchief with “a map that seems pizza-related”—was somehow deemed a code for child sex. From there spun a web of wild allegations with everything thrown in: an Instagram joke about restraining unruly children with tape; heart- and butterfly-shaped images supposedly resembling pedophilic symbols; the name of pizzeria owner, James Alefantis, is said to be rearranged from the French J’aime les enfants (“I love children”). The restaurant, Comet Ping Pong, received a barrage of threatening phone calls and online messages even before the visit from the gunman; the harassment also spread to neighboring businesses.

Is it scary that people’s lives can be severely disrupted, even endangered by baseless, zealotry-driven accusations of evil acts? Of course. Is this a danger uniquely linked to “fake news” and online vigilantes with a right-wing bent? Fairly recent history suggests otherwise.

In the 1980s and 1990s, a wave of notorious cases involving allegations of ritual child sex abuse rings in day care centers swept the country. In California, the infamous McMartin Preschool case dragged on for six years before its ignominious end in 1990. (The trial ended with one defendant acquitted and the other—Ray Buckey, the sole male defendant—acquitted on most counts with the jury deadlocked on a few more. All charges against five other accused employees had been dismissed earlier.)

The McMartin case began with accusations made by a mother suffering from paranoid schizophrenia whose allegations quickly escalated to madhouse material: A few months after her initial police report, she was claiming that her son had his ears and tongue stapled, that children were forced to drink the blood of a slaughtered infant and that Buckey “flew through the air.” Before long, small children were coaxed into telling fantastical tales of grotesque sexual acts, Satanic rites and animal sacrifice, often taking place in secret tunnels underneath the preschool, at other times in car washes and churches.

And where were the professional news media? Falling for it hook, line and sinker. Later, in 1990, Los Angeles Times reporter David Shaw won a Pulitzer Prize for a multipart series that offered a devastating analysis of the McMartin media coverage, including that of his own paper. Among the faults of the press, he listed “pack journalism,” “laziness,” excessive coziness with the prosecution (Wayne Satz, the reporter covering the case for the local NBC News station was quite literally in bed with Kee MacFarlane, the social worker in charge of the children’s interviews) and “a competitive zeal that sends reporters off in a frantic search to be first with the latest shocking allegation.” As a result, Shaw wrote, “Reporters and editors often abandoned two of their most cherished and widely trumpeted traditions—fairness and skepticism,” instead embracing “hysteria, sensationalism and what one editor calls ‘a lynch-mob syndrome.’ ”

Alas, this was typical of how the media treated the bogus day care sex abuse cases. In New Jersey in 1987, 25-year-old kindergarten teacher Margaret Kelly Michaels was convicted on charges that included forcing 3- and 4-year-olds into naked orgies, raping them with utensils, urinating on them and making them eat her feces. (The children’s “disclosures” were elicited under highly coercive questioning, in an investigation triggered by one little boy’s misconstrued comment.) These horrors were utterly improbable given the lack of physical evidence and lack of privacy in the room where Michaels supposedly committed her crimes. Yet once again, media skepticism was absent. It took two journalists outside the political mainstream—Dorothy Rabinowitz of the Wall Street Journal on the right, Debbie Nathan on the left—to raise obvious questions about the case. Michaels spent five years behind bars, out of a 47-year sentence, before her conviction was overturned on appeal.

The 1980s sex abuse panic was a mainstream hysteria while Pizzagate is a fringe one; but the two have uncanny similarities. In both cases, things ranging from innocuous to eccentric to mildly inappropriate got recast as suggesting pedophile proclivities—particularly if they could be seen as sexually “creepy.” Today, Pizzagate “sleuths” find it incriminating that Comet Ping Pong, an offbeat arty venue, has had weird murals with abstract nudes and that some of its employees’ Instagram accounts have featured bawdy (non–child-related) cartoons. Thirty years ago, Buckey and Michaels were portrayed as perverts because he sometimes wore loose shorts with no underwear and she had scribbled a vaguely erotic poem in her notebook.

The child sex abuse panic of the 1980s is also a reminder that paranoia about pedophiles is hardly the sole province of right-wing nuts. While some of the fears about devil worship were driven by religious fundamentalism, feminists who saw hidden child rape as an intrinsic part of patriarchal violence played a major role in ritual abuse scare. (They were even more involved in the closely related bogus moral panic about recovered memories of incest, also treated with excessive credulity by the mainstream media until the early 1990s.) Indeed, MacFarlane, one of principal malfeasants in the McMartin fiasco, had started out as a feminist activist before turning child abuse crusader.

During the McMartin case, in 1989, the Los Angeles County Commission on Women launched a Ritual Abuse Task Force headed by feminist psychotherapist Myra Riddell. Women’s liberation doyenne Gloria Steinem not only endorsed a 1990 recovered-memory manual that encouraged women to see everything from arthritis to trust issues as symptoms of forgotten abuse but helped fund a futile quest for evidence of guilt in the McMartin case. And as late as 1993, Ms. magazine ran a lurid cover story purporting to be a survivor’s account, headlined, “Ritual Abuse Exists—Believe It!”

So let us by all means decry the conspiracy theories and the “fake news” of today. But we would do well to remember that even real journalists and cultural progressives are not immune to absurd claims of pedophile conspiracies when the right buttons get pushed. And as much as one can sympathize with innocent people harassed and threatened because of Pizzagate, the plight of innocents imprisoned on horrific made-up charges was far worse. 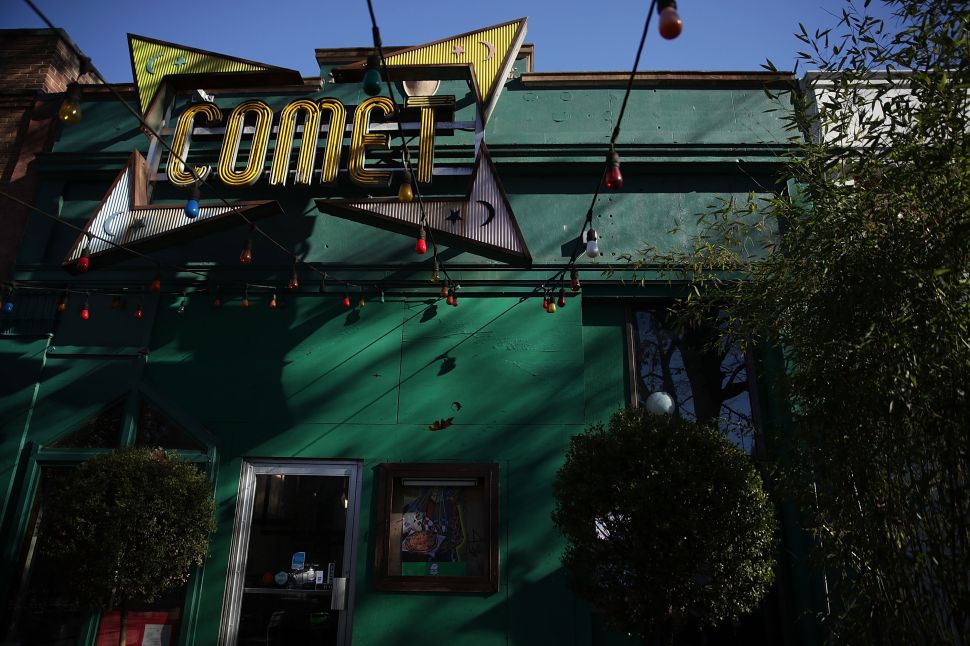