The pizzeria which became the unwitting center of the fake news debate has launched a GoFundMe to pay for security and defray other costs following an incident last weekend in which a man fired an assault rifle inside the restaurant.

Comet Ping Pong in Washington, D.C. started the crowdfunding campaign yesterday, and it has already raised more than 25 percent of its $28,000 goal.

“We have been hit with immediate expenses that do not fit into our usual small restaurant model,” the pitch reads.

The increased defenses became necessary after an incident on Sunday in which 28-year-old Edgar Maddison Welch of Salisbury, N.C. drove from his home to the Comet pizzeria and fired his AR-15 assault rifle multiple times inside the restaurant. No one was hurt, and Welch exited the restaurant with his hands up and was immediately arrested.

Welch said he was inspired to act after reading on several fake news sites that Comet was the epicenter of a child sex ring known as “Pizzagate,” which was led by Hillary Clinton.

In a video interview Wednesday with The New York Times, Welch said he was heartbroken “over the thought of innocent people suffering.”

“I just wanted to do some good and went about it the wrong way,” he said. “The intel on this wasn’t 100 percent.”

Comet Ping Pong is still serving pizza and beer while the crowdfunding campaign is going on—the restaurant posted several pictures of the food on its GoFundMe page, along with the caption “We are so glad to have each other.” 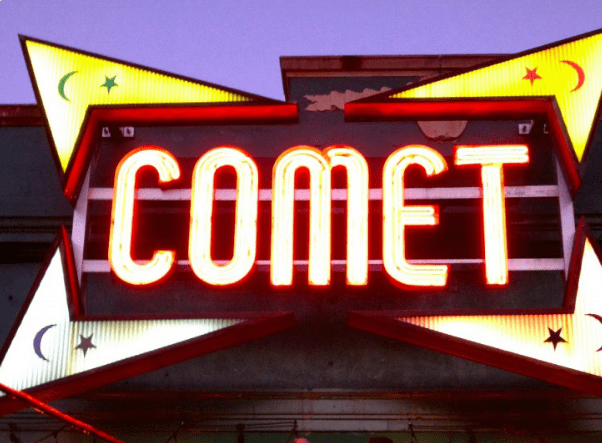