If I said of the biggest political scandals in the UK this year related to expensive leather trousers, your ears might prick up. You would think to yourself, “wow this is going to be some politician caught in a very compromising position”—Weinergate, only with kinky clothing, perhaps?

If you thought “Trousergate” was going to be something epically juicy, you would be wrong.

No, the big drama in Westminster this week is about some leather trousers worn in quite legitimate circumstances by Prime Minister Theresa May. The trousers in question were bought by May for around $1,200 and she wore them for a photo shoot.

The problem is the cost of the trousers drew public criticism from the Conservative MP Nicky Morgan. But then those comments earned Morgan a ban from 10 Downing Street by a very angry aide to May.

The spat has been front page news in London for days.

What does it say about Britain that one of this year’s biggest political scandals relates to an innocuous item of clothing?

Some insiders say this is really is all about Morgan being anti-Brexit; others think May was sensitive about being caught talking to the “hard-pressed middle classes” while wearing expensive clobber.

The problem here is that Brits are shockingly sensitive to being seen as show-offs. They are terrified of publicly enjoying the fruits of their own success in a way that leaves most Americans scratching their heads.

Bizarrely, clothing can be the thorniest of thorny issues. Every year the prime minister or the chancellor of the exchequer speaks at the Mansion House Dinner to celebrate the installation of the new Lord Mayor of London. When it was Gordon Brown’s turn, he refused to wear black tie, and opted for a lounge suit instead. Every time he turned up in a lounge suit, he was the only one doing so, but he concluded it was worth looking a total fool to avoid being photographed in expensive tails.

In 2011 when Prince William got married, David Cameron asked the Queen if he could be excused from the dress code as he didn’t want to be seen in a morning suit. In the end, Her Majesty had to tell her prime minister to comply with the dress code or not attend.

When I was a political staffer, I knew an MP who had exiled himself from his hobby of horse racing for fear of being seen in a top hat. Instead of enjoying a day out at Ascot, he would watch proceedings on the TV in perhaps the only ever example of millinery cowardice.

Can you imagine Donald Trump refusing to wear white tie to the Al Smith Dinner, for fear of being accusing of being rich? He would probably agree with the former Thatcher cabinet minister, Lord Tebbit, who said he was proud when he had “made it far enough in life to have been invited to an event where I had to wear a morning suit.”

Tebbit took the view that there was no shame in making it to the top. Why should this attitude be in such a minority? No one handed May the expensive trousers, she earned every penny she has. Yes, her husband Philip is rich, but he’s rich from his own efforts, and I suspect each of them played a part in one another’s successes.

We see it all the time in the House of Commons, when Labour talk about “the cabinet of millionaires.” If I was an MP, I would ask what level of personal success is too much for Labour. At what level do they believe people are too successful to lead one of the world’s only nuclear powers?

May loves to talk about her dad being a vicar, and I am sure she is very proud. But in reality, this is a pure accident of birth over which she had no control. She should instead point out that she has a track record of success, whether that be getting into Oxford, having a successful career, or winning a seat in Parliament.

The only shameful thing about the $1,200 trousers is that the British press made such a meal out of them. Anyone looking from outside, or across the pond, can see how ridiculous this national need to be so deadly-modest really is. 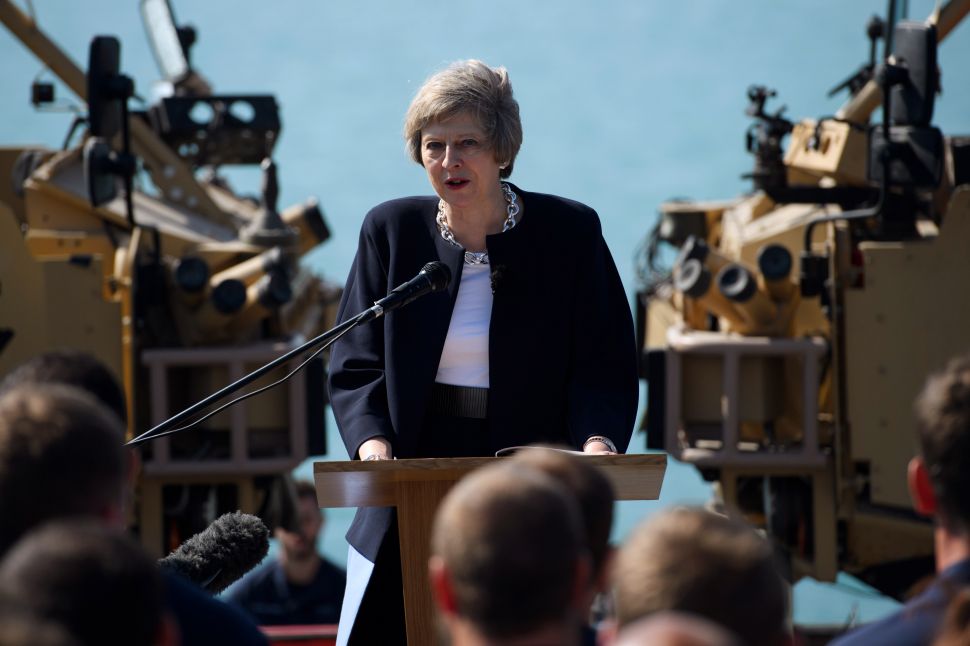