President Barack Obama confirmed in his final press conference of the year that Russia was responsible for the damaging hacks that plagued Hillary Clinton’s campaign—but argued that Russian President Vladimir Putin can only truly triumph if “we abandon our values.”

The Federal Bureau of Investigation, the Central Intelligence Agency and politicians from both the Democratic and Republican parties agree that the Kremlin orchestrated the email leaks, with the intent of installing President-elect Donald Trump in the Oval Office. But Obama pointed out that the United States enjoys a far stronger economy and military than the faded Eurasian petro-state.

“Mr. Putin can weaken us—just like he is trying to weaken Europe—if we start buying into notions that it is OK to intimidate the press or lock up dissidents, or discriminate against people because of their faith or what they look like.”

The outgoing president reported giving Putin a stern warning that he would face consequences if he further interfered with the election process when the two leaders met in China in early September. Although there was no further hacks occurred, Obama said, Wikileaks already had plenty of emails in its possession.

“I felt that the most effective way to ensure that that didn’t happen was to talk to him directly and tell him to cut it out, that there were going to be serious consequences if he didn’t,” Obama said.

The commander-in-chief said that they were alerted of the possibility of cyberattacks against the Democratic National Committee at the beginning of the summer. He said he ordered law enforcement and intelligence teams to find out everything about it and brief potential victims as well as leaders of the House and the Senate on a bipartisan basis and the relevant intelligence committees.

They then publicly announced that Russia had in fact hacked into the DNC and they did not attribute any motives at the time and that as a result, reporters “wrote a lot of stories” about what happened, why it might have happened and what effect it would have on the election outcome. Obama said he refrained from revealing Putin was personally attempting to get Trump elected because he did not want to appear to be using his office to help Clinton.

“My primary concern was making sure that that integrity of the election process was not in any way damaged, at a time that anything that was said by me or anyone in the White House would be seen immediately by a partisan lens,” Obama said.

He said he wants to see an examination of what exactly about the country’s political system made it vulnerable to the leaks and that he received a report from a the cyber security commission that outlines strategies to counter such incidents in the future.

“The target of cyber attacks is not one entity but it’s widely dispersed and a lot of it is private, like the DNC,” Obama said.

The president again called upon his party to make sure it shows up “where people feel as if they’re not being heard.” But he echoed Clinton’s claims that she was treated unfairly and said that the “coverage of her and the issues was troubling.”

He also said that he recently had private conversations with Trump and that he spoke to him about maintaining the effectiveness, integrity and cohesion of the office and the country’s various democratic institutions and that “he has listened.”

“I can’t say that he will end up implementing but the conversations themselves have been cordial as opposed to defensive in any way,” Obama said. “And I will always make myself available to him just as previous presidents have been made available to me.”

Obama also defended FBI Director James Comey, who has become a target of outrage from the left ever since he revealed a week and a half before the election that his agents had recovered emails “pertinent” to its investigation of Clinton’s private server on a device belonging to disgraced Congressman Anthony Weiner. The president said Comey and the FBI work hard, and acknowledged the challenges that arise for law enforcement when there’s an intersection between their investigations and the political system.

“Particularly in this hyper-partisan environment that we’ve been in, everything is suspect,” he said.

But Obama said that he has made a point not to interfere in any investigations.

“One thing that I have done is to be pretty scrupulous about not wading into investigation decisions or prosecution decisions or decisions not to prosecute,” Obama added. “I have tried to be really strict in my own behavior about preserving the independence of law enforcement free from my own judgments and political assessments and I don’t know why I would stop now.” 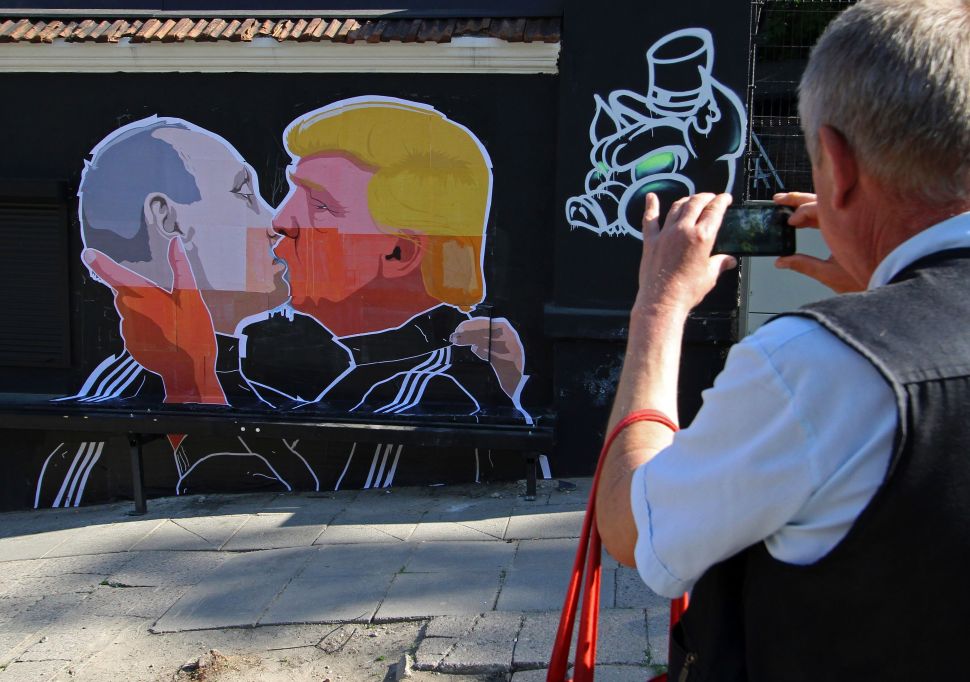