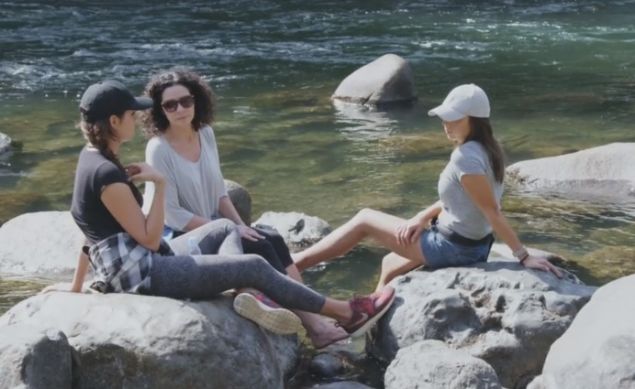 Mom said you can’t sit on our rock. MTV

Because of a week hiatus due to the holiday season, The Real World left us off on an extended cliffhanger, like a behind-the-scenes dvd featurette of Stallone and John Lithgow talking about how weird mountains are to film on. Speaking of Cliffhanger, I’d like to point out that the most memorable scene of that movie for me doesn’t have anything to do with hanging off cliffs or hanging out on cliffs. It’s clearly when Stallone jumps into a frozen lake and then the opening freezes up over him and he’s stuck under the ice and has to pound his way out of it. That’s where I learned you always take your shirt off before jumping into a frozen lake because there are rules to nature. Also, it’s in my top five ways I’d like to not die. They really should have called this movie Trapped Under An Ice Hole I Just Jumped Through.

The Real World cliffhanger was that Tyara found out she was pregnant with her ex’s baby and she was letting Producer Matt in on her situation. Cut to this week, Tya is yes definitely pregnant and going home. She wants to keep it a secret but that is hard to do when you’re also dropping hints like: Well I definitely CAN’T drink after coming back from this doctor’s appointment I went to because I was peeing often *stares directly into your eyes and cocks head for a full minute, starts winking and pointing*. Listen, I’m sure her head was spinning, it’s a lot to take in and to find out completely out of the blue with television cameras is an impossible situation. I hope she’s doing okay now. It’s just that within minutes of everyone finding out Tya was leaving, a bunch of the houseguests were like “oh yeah I think she’s probably pregnant.” And then Tya was out—yet another “original roommate” gone. By this point we have seen a self-eviction for racist comments, kicked out for a fight, and pregnancy. I’m one “had to go home for a pending court date” away from a THE REAL WORLD expulsion Bingo.

Anna and Katrina still aren’t getting along despite the fact that they basically gamed the “bad blood” system by having their worst enemy also be their best friend. So Anna and Katrina’s mom comes to town to try and figure out how to help the girls get along. It is amazing to me how much Anna and Katrina’s mom loves Katrina and how the two of them box out Anna. Whenever they show the three of them, Katrina and her mom are locked arm in arm strolling along with Anna behind them, or they’re sitting next to each other and Anna is on her own side of the table or on her own seat in the van or on her own rock in the stream. Anna said the dynamic was off and it doesn’t look like she was exaggerating that.

In the midst of their mom’s visit, Peter completed his full transition into Julia Roberts’s husband in Sleeping With the Enemy.Holy cow, what in the world happened with Peter? How is it possible that Mike left the house and Peter went off and now Mike seems like the more hinged of the two in that bad blood? Peter and Jenn are already talking about moving in together after the show. But we’d already started to see signs of Peter being unhappy about things Jenn is doing. He didn’t like the way she was dancing, dressing…blah, blah, blah. She didn’t do anything, and that’s not even the point because even if she did “something,” which she didn’t, it wouldn’t warrant that type of treatment. Peter is mad that Jenn is friends with Anna and Katrina. He’s constantly testing her, like “I didn’t say anything to her about it because I trusted she would know this very specific thing I’m thinking but she didn’t so now she must learn and I will be the one to teach her.” He’s constantly setting her up for failure because he’s judging her by a set of standards she isn’t privy to. He’s yelling and screaming and throwing out “BECAUSE I SAID SO’s” and “I’m not even yelling, you want to see yelling?” No Peter, I don’t really want to see you do anything else ever.

Anna called security on Peter, which didn’t calm him down, it only worked him up more. And then the next day she googled “Domestic abuse verbal” like a Big Sean hashtag punchline because she wanted to get more information on the signs of it. I’m not making fun of the content of her search, just the order in which she placed her words. Anna left it up on the communal computer screen, which then upset the rest of the house, specifically Jenn who has dealt with abuse in the past. The thing is, Peter wasn’t just yelling. He was manipulating Jenn. He was screaming at her that if she couldn’t accept him when he was angry and yelling at her, then she doesn’t really care about him. He’s doing this, while completely not accepting Jenn because he’s so mad at everything he thinks she is doing. And maybe this was only a one-time thing and it’ll never happen again? Or maybe it’s just like Anna’s research said and over time this just begins to feel like its normal behavior. He’s repeatedly said how much he doesn’t care about what Anna does, except for the fact that everything she does gets him so angry he has to be held back from whoever he is talking to. But he made Jenn breakfast in bed so he must not have meant any of it. All of this is really uncomfortable to watch and realistically I just hope everyone gets some help on dealing with these issues. Next week is the last episode and I just want to watch tearful goodbyes, not see anything else escalate. But that seems like a pipedream at this point. 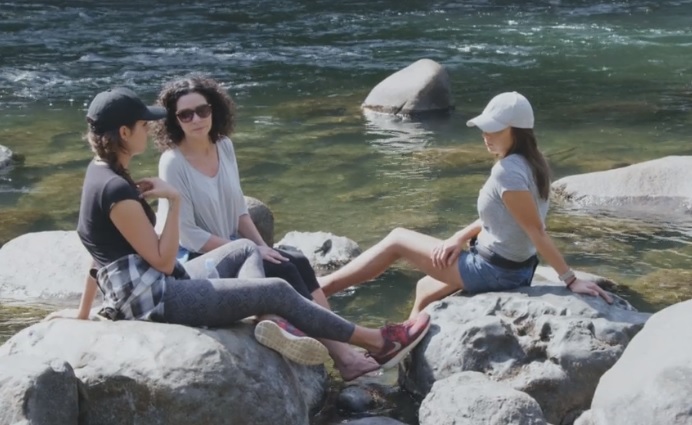