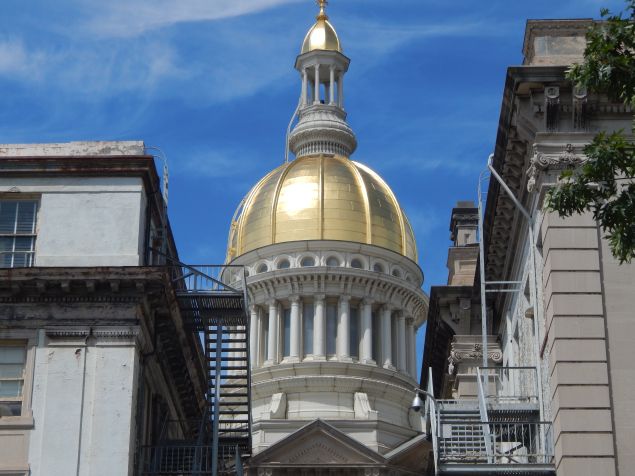 A new report from two liberal think tanks shows New Jersey near the top among among states with the highest income inequality. According to the report, released Thursday, the state ranks 7th in the nation for income disparities between its highest and lowest-earning residents and its richest taxpayers bringing average incomes more than 15 times higher than the bottom 20 percent of households.

The report from New Jersey Policy Perspective and the Center on Budget and Policy Priorities also showed the top 20 percent receiving nearly half (46 percent) of the state’s income, and the top 5 percent receving 19 percent. The two groups estimate that the wealth of the highest one percent of New Jerseyans nearly doubled between 1979 and 2013–a rate 9.5 times more rapid than the bottom 99.

New Jersey Policy Perspective Vice President Jon Whiten said in a statement accompanying the report that he believes New Jersey’s recent cuts to its estate tax will exacerbate the problem. Those cuts were a key bargaining chip in the legislative standoff this year over raising the gas tax to fund the then-ailing Transportation Trust Fund, which pays for repairs and maintenance of roads and bridges. 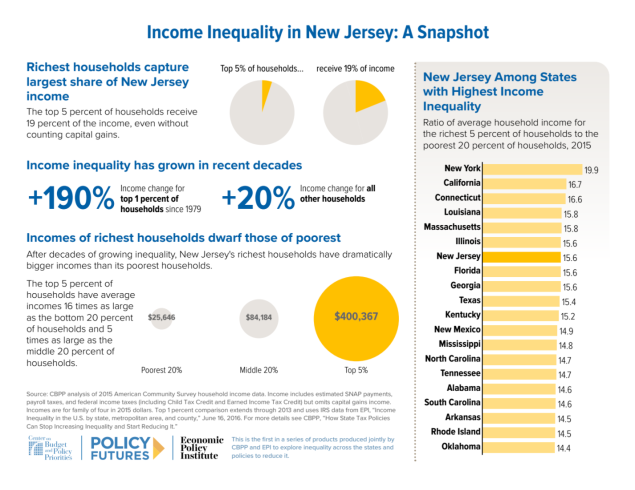 “Yes, the growth in inequality reflects many economic trends that are outside state lawmakers’ control. But New Jersey policymakers can make matters worse or better,” Whiten wrote. “Unfortunately, most of the recent major actions taken in the Garden State – from eliminating the estate tax this year to giving a big tax cut to the state’s wealthiest families in 2010 to promising billions in future tax breaks to profitable and well-connected corporations – will ensure that far too many New Jerseyans will continue to face barriers to economic opportunity.”

Elizabeth McNichol, a senior fellow at CBPP and the author of the report, echoed that sentiment.

“The fact that the lion’s share of income gains has gone to the wealthiest residents contradicts the basic American belief that hard work should pay off — that the people who contribute to the nation’s economic growth should reap their share of the benefits of that growth,” she wrote. 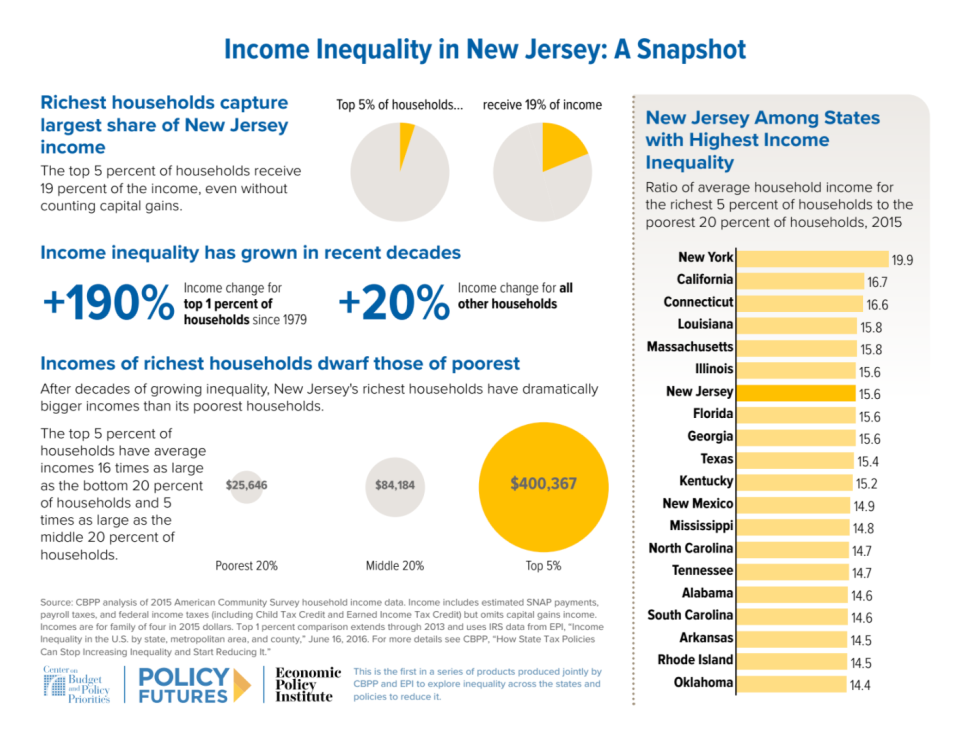