The ROBORanger. Courtesy of Robocopp

The ROBORanger is a portable alarm with 911 and GPS functionality built in. In a dicey situation, all a user has to do is pull the plug from the top of the device and it will first emit a 130 decibel alarm. Simultaneously, it will call 911 and text message your friends and family letting them know that you are in danger and sending your exact GPS coordinates. 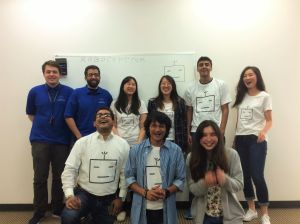 A 130 decibel alarm is very loud. It’s like listening to a jet taking off. It’s louder than a thunderclap. The idea is that that sound alone should be enough to deter an attacker (in fact, the company also markets their sound grenades as an alternative to bear spray).

“People put alarms on their homes and cars, but not themselves or their children. Why not? Life is much more valuable, I think,” Sam Mansen, Robocopp’s CEO said in a release.

The nice thing about ROBORanger is what it doesn’t do: it doesn’t track users when they aren’t in danger. The device is not on when it isn’t activated. It isn’t constantly logging carriers’ location as they go about their lives, like some of the bracelets for children that we reported on previously. The GPS only activates when a user pulls the plug. Otherwise, it’s dormant, which we confirmed with the company’s spokesperson. Robocopp also promises its battery will last more than year on a single charge.

The ROBORanger also doesn’t require a cell phone to work. It includes its own SIM card for contacting the cellular network and sending out its distress message.

ROBORanger launched on Kickstarter. It’s been accepted into Amazon Launchpad, a program for providing greater visibility for startup products. Consumers can pre-order the ROBORanger now for $99.99 (plus a $6.99 per month service fee).