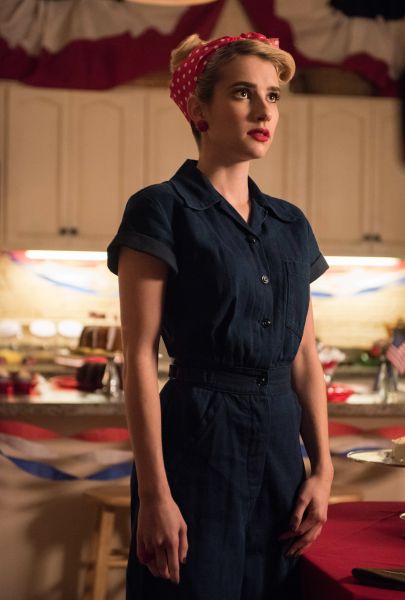 In many ways, season two of Scream Queens is far superior to season one. In two ways, precisely. The absence of both Grace and her father Wes dramatically improved the narrative flow and comedic pace of the show—mostly because neither were particularly funny or likable. So Wes’s return to the show was a disappointment, although suffice it to say he doesn’t return in the best condition. After being unceremoniously dumped by Munsch (this happens off–camera—and this is the first we ever hear about their relationship), Wes devolves into a sad, pathetic man who eats his own hair. That’s right. Alone and abandoned, Wes develops a condition that provokes him to subconsciously eat his hair. After the hair is removed, he and Munsch partake in some light flirting, which eventually leads to a reconciliation.

This reunion angers Holt, who just recently realized that Chanel is far too young for him. She’s pathetically social media obsessed, and besides, Holt finds himself craving someone a little more mature in bed. I couldn’t find a not–creepy way to phrase that. Just as an aside, the sexual relationship between Holt and Chanel is bizarre. And repulsive. There has to be about a thirty–year age difference between the two. And John Stamos, no amount of perfect hair and endless charm will make this not creepy.

Apparently, even Holt himself wises up to the discovery. After Chanel catches Brock calling out Munsch’s name during sex, she panics and sets up a dinner with her fellow Chanels to make him feel welcome. However, she sets the dinner during the 1940s—the decade she believes him to be born in. Understandably offended, Brock leaves, although he later returns and reconciles. Later, though, approaches Munsch and asks her to begin an affair. By his logic, Wes won’t be enough for the insatiable Munsch. It’s a win–win for both.

Of course, I’m sure Munsch would be slightly happier if she knew her newly returned boyfriend is actually set on revenge. After her year tormented by a serial killer, Grace found the trauma too difficult to surmount, and currently resides comfortably at a mental institution by Stanford. Wes returned to the hospital to seek revenge on the girls. Chamberlin, who discovers that Wes is the third Green Meanie, confronts him, only to be stabbed to what I presume is his death.

It’s a shame, because it seems as though Chamberlin is the only one who would have even the slightest chance of saving Zayday. After snagging a piece of the Green Meanie’s costume, Zayday locates the designer who made the outfit. He reveals that an older woman ordered the costumes, which Zayday assumes is Jane. After heading over to Jane’s home, Zayday is quickly drugged and kidnapped. After all, Jane reveals that she and her son are hell–bent on bringing down the hospital.

With the reveal of the third Green Meanie, Scream Queens begs the question—what else is left? Are there any unsolved mysteries at this point? With just two episodes left, get ready for some mysteries to quickly spring up, only to be resolved very, very quickly. 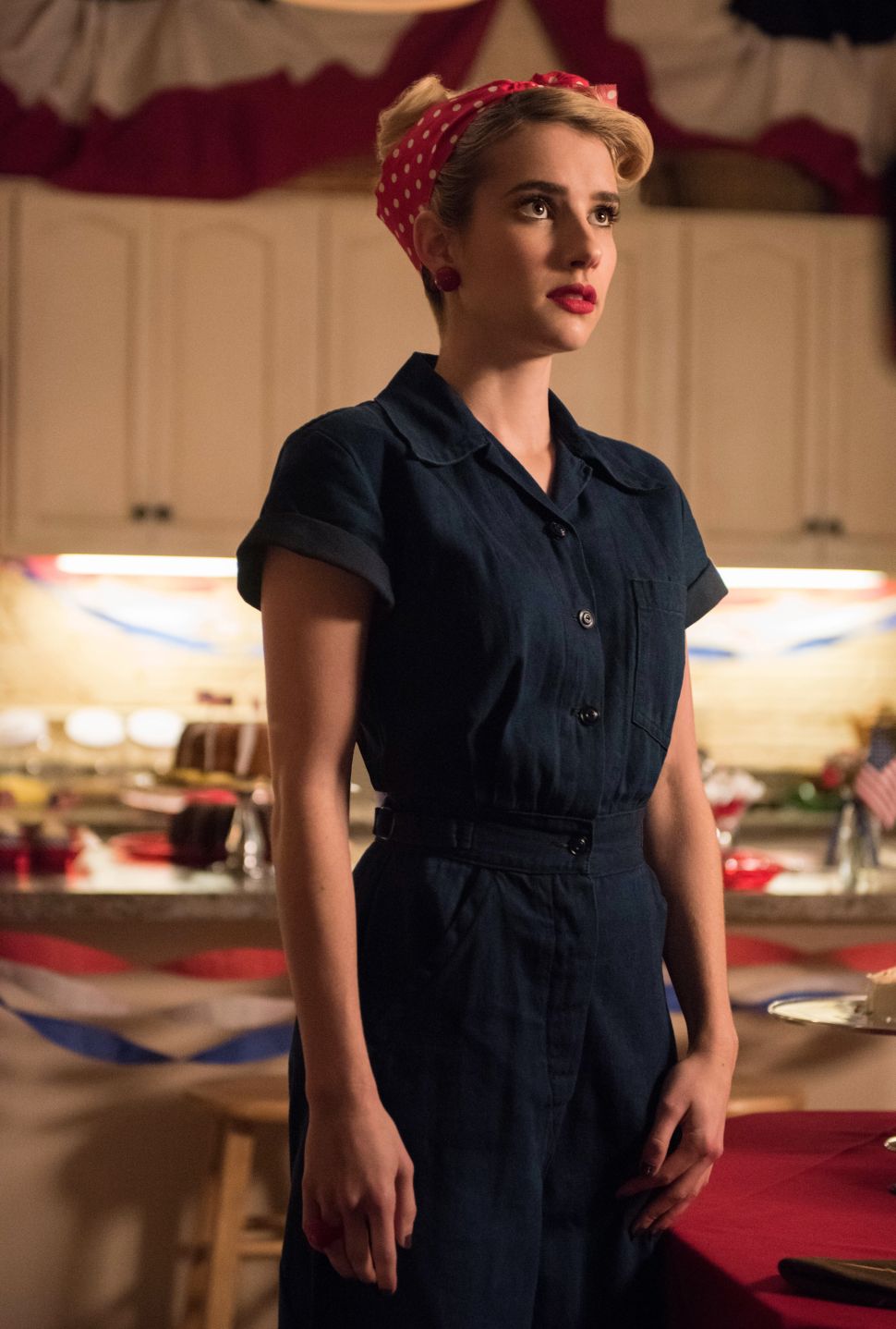