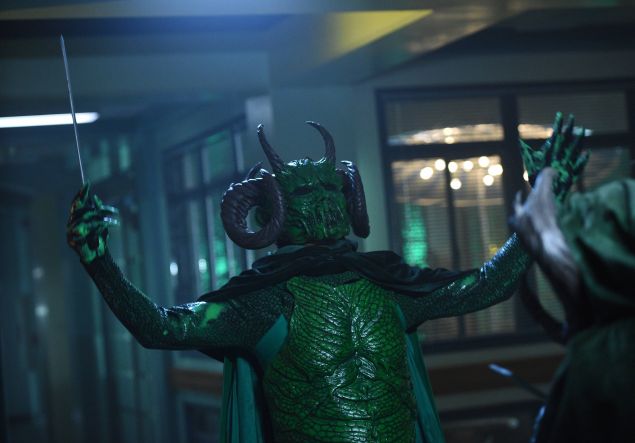 With just one episode left in the season, Scream Queens leaves us with a total of no unsolved mysteries to look forward to in the finale. Last season, the reveal of the Red Devil kept the momentum of the show going. But with nine episodes down, all three serial killers have been revealed and their motivations explained. I’m not even sure what the season finale could possibly spend an hour on, but my hopes remain, well, pretty low.

This episode kicks off with a death threat from the Green Meanies. All three have their own motivations for killing the Chanels, and so all three team up to corner and kill them. Cassidy lets Chanel #3 live, and the two other Chanels manage to escape. Hester holds a quick Green Meanie summit to delegate which victims go to which murderers. Nurse Hoffel claims Chanel as her own, ready to avenge her sister’s death. Wes fights her for the kill, and later approaches Cassidy, nervous that Hoffel will try to kill the Chanels and then frame Cassidy for the murders.

Cassidy, however, has his own problems to address. His mother Jane (who is very much insane and very much still harboring Zayday in her basement) insists on him completing the murders as planned. Chanel #3, however, firmly maintains that Cassidy quit his homicidal ways. Chanel #3 confronts Jane in an attempt to placate her, but the conversation backfires and Cassidy recommits to destroying the hospital. Scream Queens seems to be aware that Jane’s motivations aren’t fully sound—no one working at the hospital now was responsible for her husband’s death, and the murder of both patients and employees seems useless. As of right now, the explanation for that is just Jane’s insistence that she’s crazy, further bolstering the top–notch character development Scream Queens is known for.

This episode would almost have been a complete waste, save for the addition of one Brooke Shields. Shields plays Dr. Scarlett Lovin, a doctor and television personality. Chanel, who endlessly admires Dr. Lovin and seeks to emulate her career, jumps at the chance to perform a live surgery on her show. Munsch is thrilled, as the publicity will only help the hospital. And, of course, her Kuru is only getting worse—Munsch reveals after fainting that she only has a month to live.

Finally, finally a character steps in and reminds the show of the obvious: the Chanels aren’t real doctors. In order to perform the surgery, the Chanels must pass the MCAT. Chanel and Chanel #3 use Brock and Cassidy respectively to cheat, but Chanel #5 passes on her own—a small victory for probably the most verbally abused character in the history of television.

Before the surgery begins, Dr. Lovin is poisoned by coffee left by Wes for Chanel. Everyone mourns for a full minute before proceeding with the surgery, which leaves producers of Lovin’s show convinced that Chanel could take over the role of host.

This episode ends largely with how the show began: a human being fried to death. After realizing that they would need to frame someone, Hoffel and Cassidy decide to kill Wes in his Green Meanie costume, ensuring that he will be considered the only killer.

Hold tight for next week, where we find out…the fate of Zayday, I guess? Is that the only loose end? Okay, well, hold tight to find out what happens to Zayday. 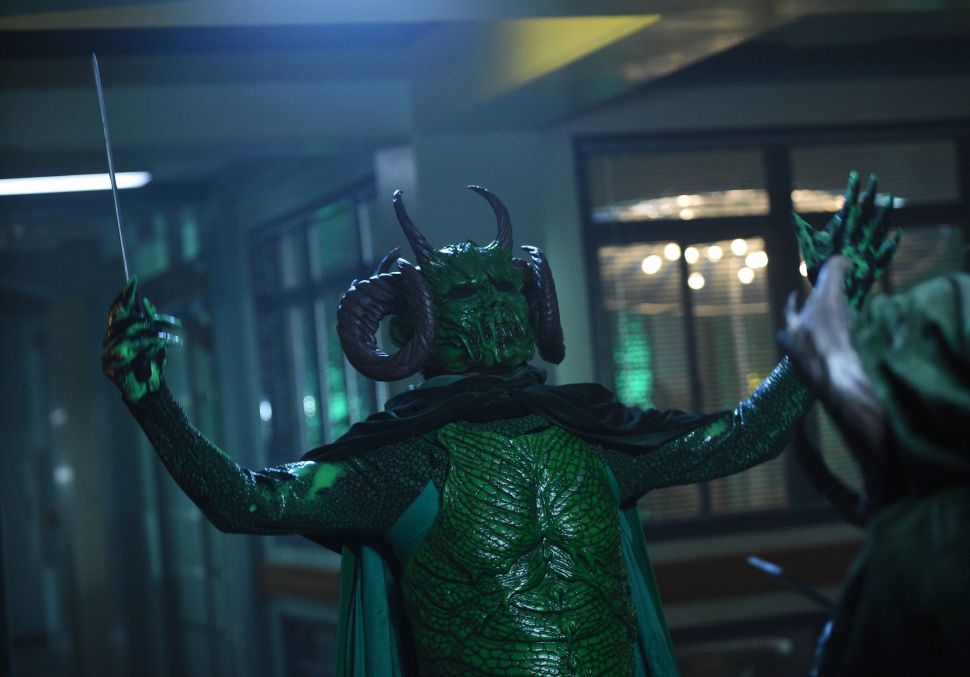