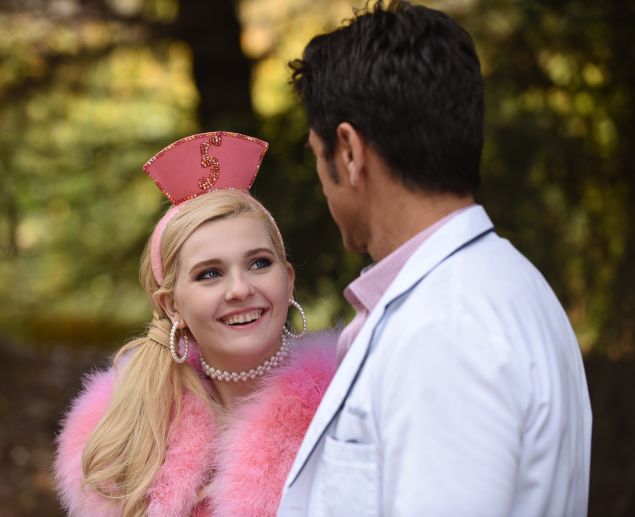 And that’s it. Another season of Scream Queens done. It’s funny, but sometimes, when I’m right in the middle of watching an episode I’ll suddenly think: how did Ryan Murphy pitch this? The first season was probably, “college but with serial killers.” Season two was likely, “a hospital but also with serial killers.” I haven’t thought of what season three’s theme will be, mostly because I’ll be too surprised by the show’s renewal to be clever.

This season finale resolved nothing, mostly because there was nothing to resolve. This was honestly and truly the most anti–climactic season closer I’ve ever seen. And what’s worse, this is a mystery show. This is built on intrigue. And, well, this finale was neither mysterious nor intriguing. Instead it was vaguely just…. present.

The episode kicks off with Cassidy demanding that Nurse Hoffel let Chanel #3 live. Convinced by Chanel #3 to try and reason with his mother, Cassidy is once again roundly rejected by Jane. Distraught, Jane seeks guidance in Zayday, who remains a prisoner in her home.

Hoffel, too, rejects Cassidy’s pleas of peace making. After coming across fertilizer by the swamp, Hoffel realizes the perfect way to knock off her enemies is by building a fertilizer bomb. Even though, for the record, she will wield a gun later on in the episode. Building a bomb is still somehow the surest way to go.

Meanwhile, Hester and Brock’s strange love affair continues to develop as Hester demand the two run away together. She proposes Brock marry a dying Dean Munsch, using their marriage to take over the hospital and eventually allow Brock and Hester to build their own life. Chanel, who Brock appears to still be dating, is less than thrilled by the arrangement, but hesitantly agrees after Brock explains that the union is more of a sympathy marriage than anything else.

After Chanel #5 suggests an exploratory surgery to determine whether Munsch actually has Kuru, Hester urges Brock to kill Munsch during the surgery. Although he refuses, Chanel herself tries to kill Munsch. However, Munsch survives the surgery and is diagnosed with extreme dehydration rather than Kuru. To celebrate, Hoffel rounds up the hospital staffers, only to capture and attempt to kill them. After killing Jane, Hoffel leaves the Chanels, Brock, Cassidy, and Munsch alone in the basement with the bomb. A cryogenically frozen Denise (yes, really) wakes up after being unplugged by Hoffel, and she manages to diffuse the bomb.

The group turns on Hoffel, eventually voting to leave her dying in quick sand. Not, of course, before she stabs Cassidy to death. No one is particularly upset about his death, save for a mildly emotive Chanel #3.

Given the lack of a serial killer, the hospital flourishes. Zayday and Chanel #5 become qualified doctors, while Hester and Brock run away together to Blood Island to hunt people. I have many questions about the latter, but I’m just too excited for the show to be over to question it. Dean Munsch sells the hospital and decides to, fittingly, become a sex consultant. And Chanel gets what she’s always wanted—a career as a popular television doctor. She also receives an unwelcome visit from the Red Devil as the episode comes to a close.

And there you have it. My hopes for season three are dwindling. But, until then, let us always remember the time Taylor Lautner’s character Cassidy was convinced he was dead because of cold hands. In a way, we are all Cassidy. 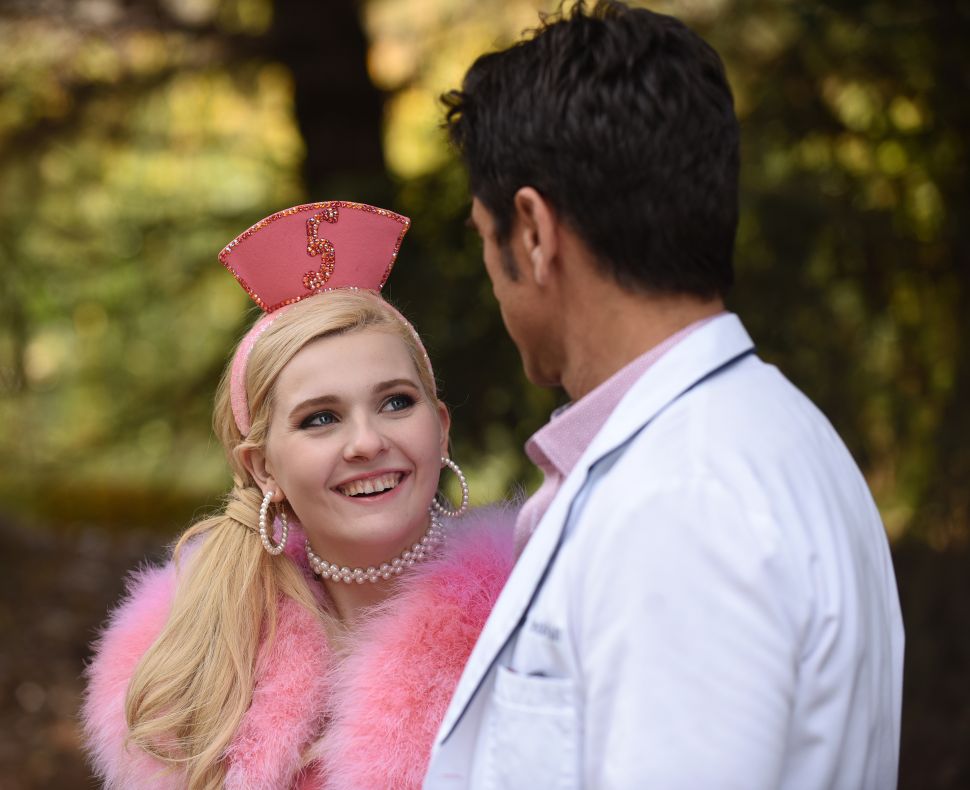