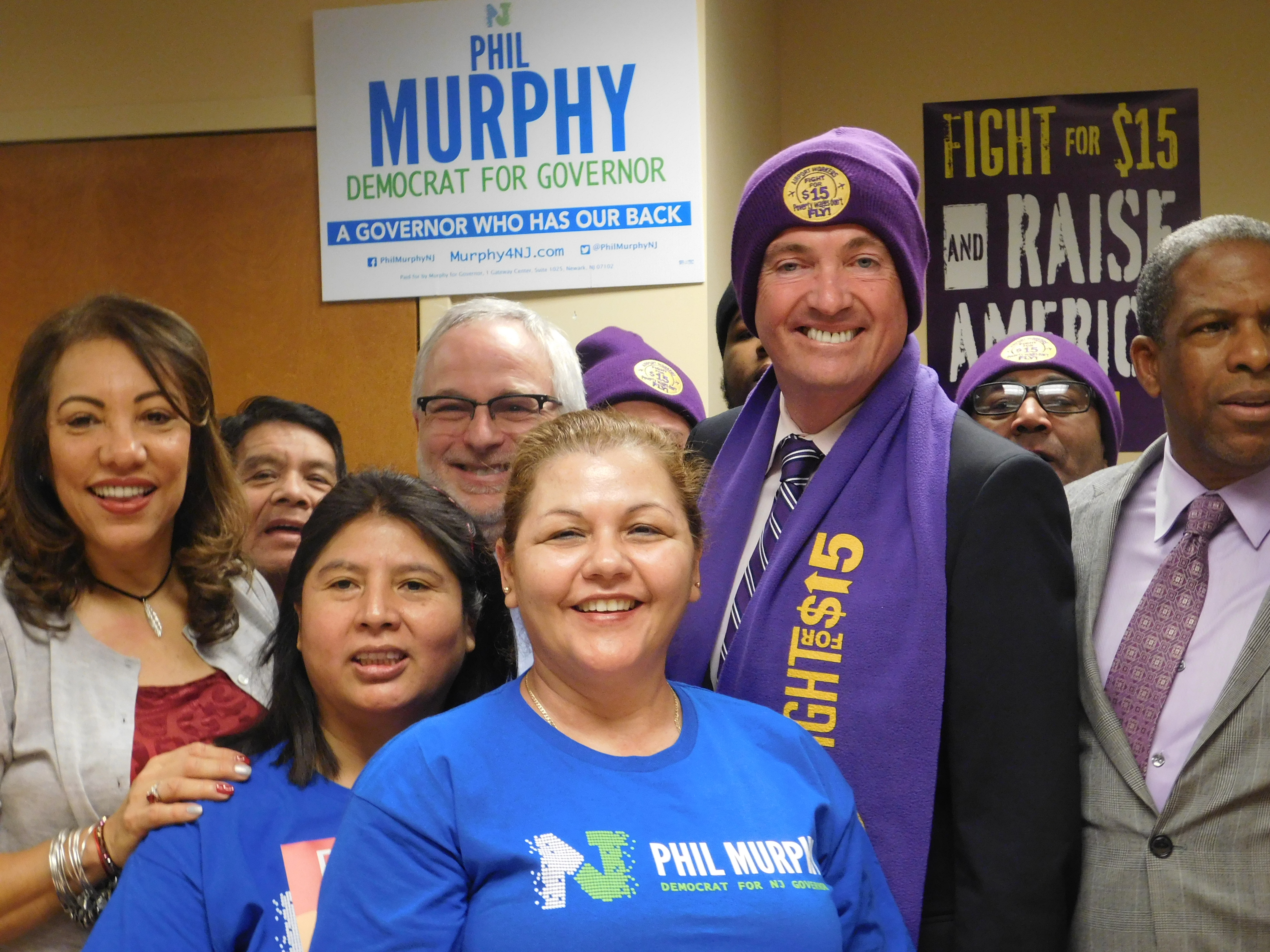 Murphy wears and SEIU 32BJ hat and scarf after being endorsed by the union in the 2017 governor’s race. Alyana Alfaro for Observer

Brown said that Murphy is a candidate that will fight for undocumented immigrants and help boost a minimum wage, two of the main issues 32BJ is fighting for. Brown also said that a leader like Murphy is necessary in order to combat the national political climate under President-Elect Donald Trump.

“We also need a leader who will stand up against the hateful rhetoric of people like Donald Trump,” Brown said. “Phil Murphy knows what we are for. We are for a strong working class. Phil Murphy will be that governor.”

When Murphy took to the podium, members of the union started chanting “32BJ” to show support.

“I proudly accept your endorsement,” Murphy said.  “The hardworking members of 32BJ represent both the best of our state and the nation. Working together there is no reason we cannot win. Together we are going to change the tone in Trenton and return to an administration that holds our great women and men in unions in the highest respect, not contempt.”

According to Murphy, if elected, he will use the office of governor to defend the rights of working New Jerseyans, create a higher standard of living for those earning minimum wage by boosting it to $15 per hour, invest in public transit and create equal school opportunity for children from all economic backgrounds. 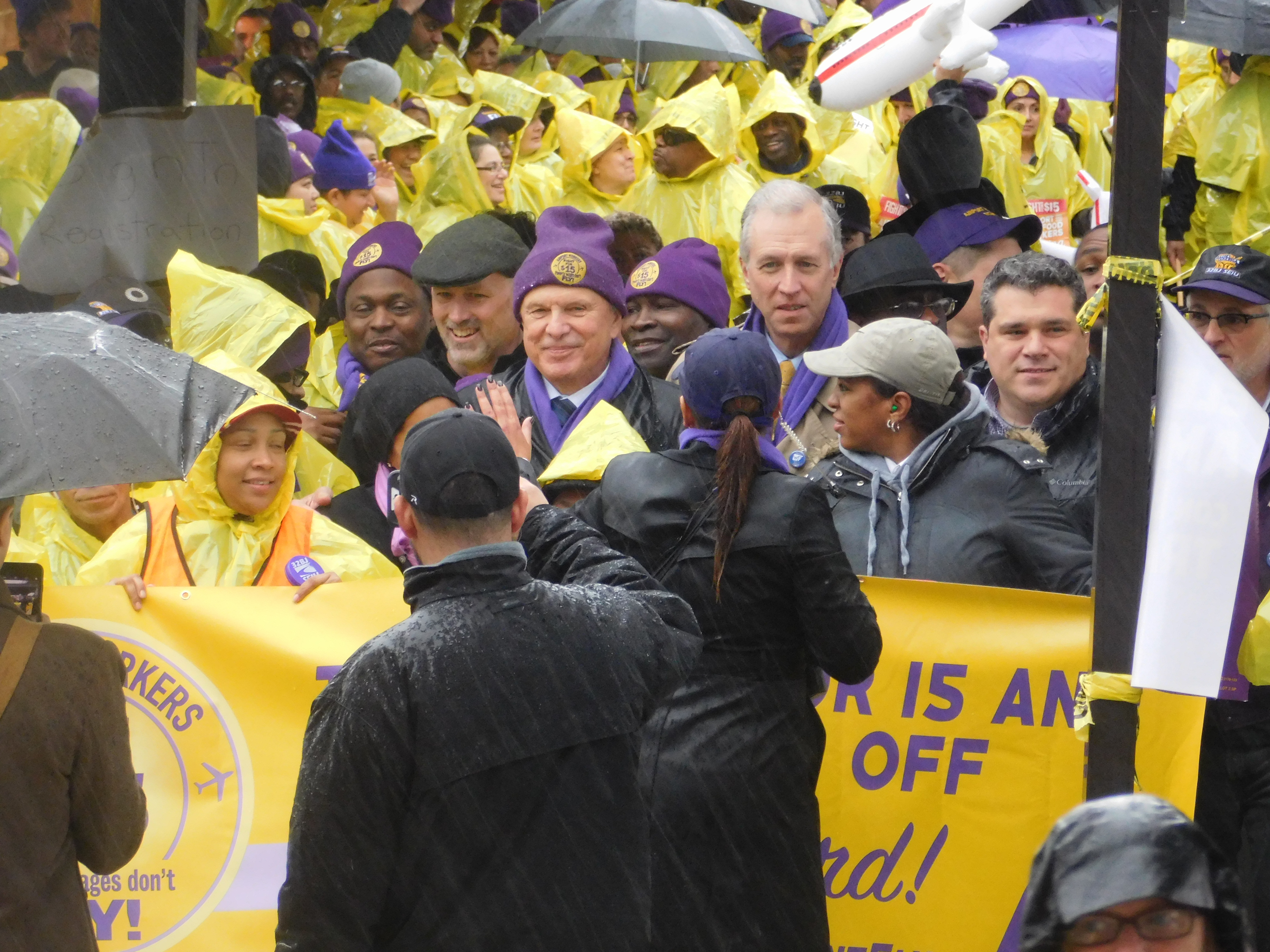 State Senator Ray Lesniak and Assemblyman John Wisniewski can be seen among those gathered outside of Newark Airport’s terminal B. Alyana Alfaro for Observer.

Two weeks ago, Murphy’s competition in the Democratic gubernatorial primary—Assemblyman John Wisniewski—marched with 32BJ during a rally at Newark airport where workers pushed for a $15 minimum wage. Even so, Brown said during his remarks that the union’s support of Murphy for the endorsement was overwhelming.

In addition to Murphy and Wisniewski, Democrats former Undersecretary of the Treasury Jim Johnson and activist Bill Brennan have also declared they will be running to win the Democratic nomination during the June 2017 primary. 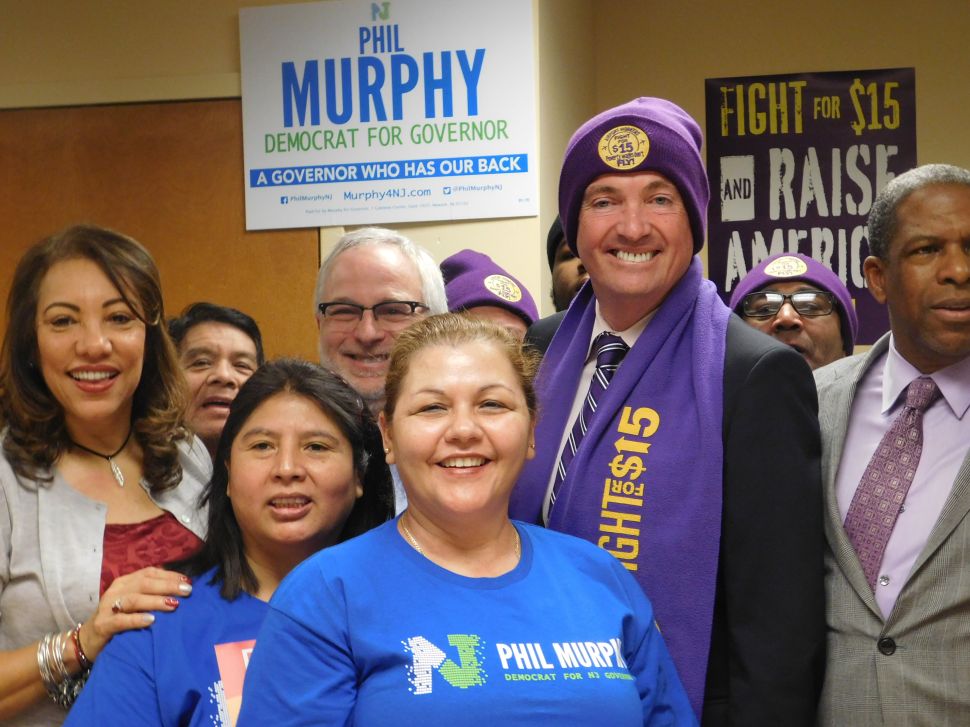