It was rumored this summer that Bad Company drummer Simon Kirke had his eye on a one-bedroom apartment at the famed Dakota, on Central Park West. It seems the British rocker (and father of Girls actress-slash-painter Jemima Kirke) had a change of heart, since he just bought a two-bedroom Gramercy Park co-op, for $1.3 million.

Kirke and his ex-wife Lorraine (she was the founder of the erstwhile Geminola boutique, the West Village destination filled with vintage-inspired, tulle-adorned creations that has been featured on Sex and the City and Girls) divorced a few years ago, which also meant parting ways with their West Village brownstone.

We assume Kirke will now be residing in this corner co-op, which the sellers, Sigmund and Carole Pfeifer, first listed for $1.4 million earlier this year.

Located on the twentieth floor of 201 East 17th Street, it has a private balcony, as well as a separate kitchen with stainless steel appliances and eat-in counter space. There are lots of closets and storage options, and the two bathrooms were recently renovated, says the listing held by Compass broker Vince Todaro. It seems the only thing missing is a coveted key to Gramercy Park…oh, well.

As nice as Gramercy is, the apartment pales in comparison to his daughter Jemima’s charming $2 million townhouse in Carroll Gardens, which is pretty much the perfect combination of intentional clutter and artsy vintage pieces…perhaps he’ll have his daughter help decorate his new pad. 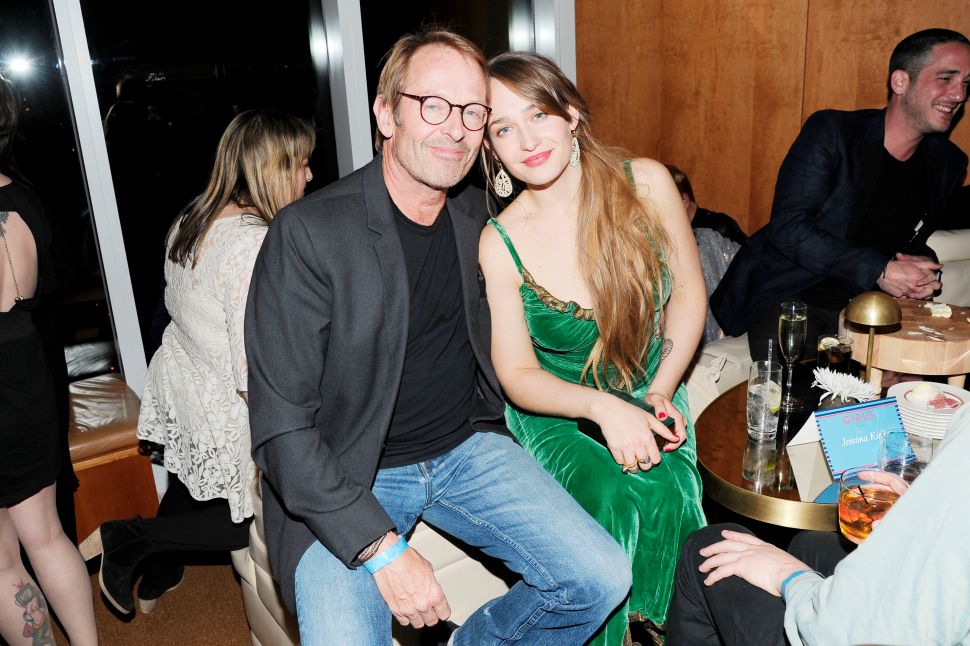