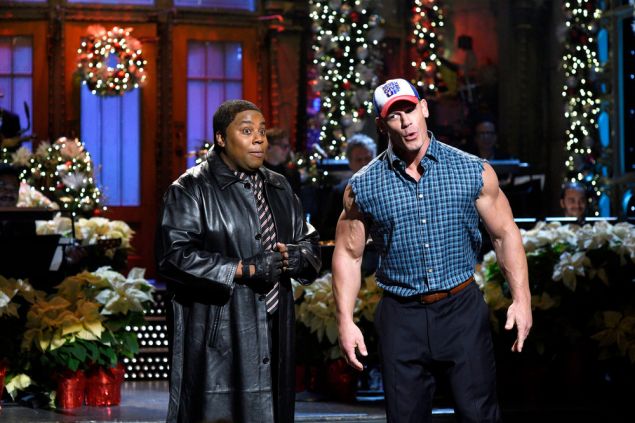 Some kid out there who barely got through 2016 just saw #HairsprayLive and realized there's a family out there called theatre people. Bravo.

You try mocking Kristin Chenoweth's perfection but she insults you back in an octave you can't hear. #HairsprayLive

Wow, that #hairspraylive full of cartoonish characters and 50s racism really took me back to 2016.

J. Hud singing "I Know Where I've Been" was more healing than a year of therapy. I am undone. Hand her a damn Emmy. #HairsprayLive

Honestly. Every single song in this show is just 🔥🔥🔥. And these ladies are killing "mama, im a big girl" #HairsprayLive

A star was born! Or rather, actress Dove Cameron was discovered by people too old to watch the Disney Channel.

So much talent on #HairsprayLive, but for me the real breakout star was #DoveCameron as Amber Von Tussle. Brava! pic.twitter.com/IuVlFG4UNA

Ok but Dove Cameron was fucking amazing in #HairsprayLive last night. She did that! Her & Ariana together is a concept.

Finding myself rewatching @DoveCameron's #hairspraylive clips this morning. You killed it!!! Congrats 🙂 💗🎉

This week’s Saturday Night Live was hosted by John Cena, and as expected, it was full of Trump jokes.

Best #SNL line yesterday: "In US you call it Alt-Right, in Germany we call it why Granpa lives in Argentina now." https://t.co/XlJ1KV9LLN pic.twitter.com/IuOP5XFVIO

Whoa! The snake is eating its own tail…

Retweet if you got all that & agree

Cena proved to be a more than serviceable host.

Yesterday's #SNL was so funny. @JohnCena was an awesome host! #StillLaughing

@BellaTwins love this so much #Nena congratulations on #SNL I won't forget this moment that @JohnCena on @nbcsnl 😁😁😀❤️ pic.twitter.com/6EZNUyRu13

.@JohnCena did a great job on #SNL ! First time that show has been funny in ages. #CenaOnSNL

We found what shuts Trump up about #SNL. @JohnCena hosting. I'm gonna need you to host every week for eternity, John. @nbcsnl

And just by the way, the Kate McKinnon fandom is out of control these days. Just look at all the accounts dedicated to her!

Does anybody know if Kate is there tonight? #katemckinnon #ghostbusters #holtzmann #fan #snl #lesbian #gay #wlw

Aw! Everyone’s proud of her for winning a Critic’s Choice Award for her work on SNL. 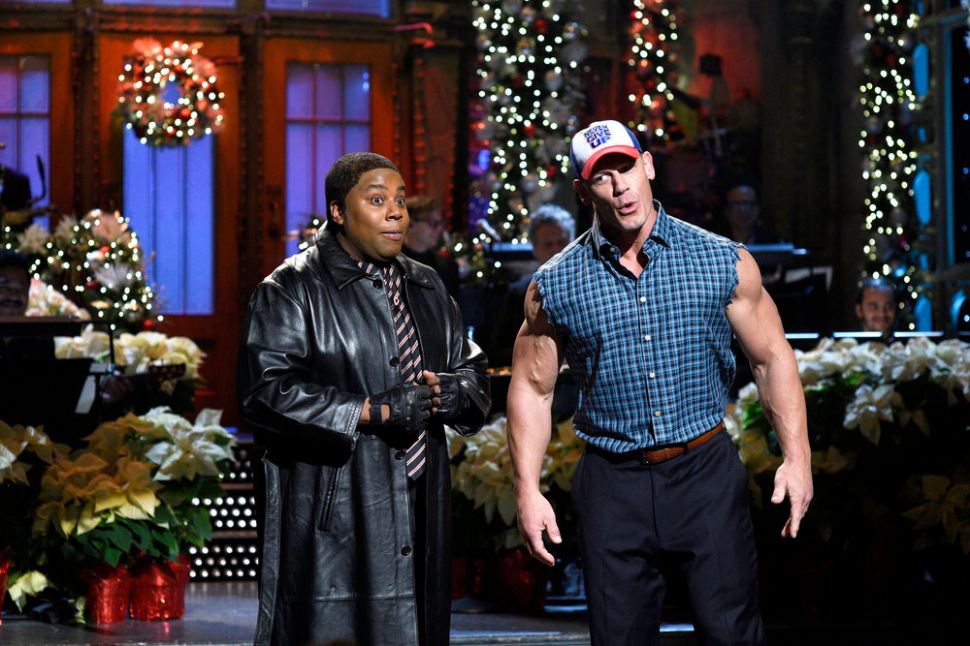