[youtube https://www.youtube.com/watch?v=IAhF8tPqafQ%5D
Welcome back to tvDownload’s social media column — written for the people and by the people, like some kind of millennials’ Pravda. It’s where you can come to find out what the internet is saying about your favorite shows, and to see what new stuff might be worth checking out. You do want to fit in with the rest of us, don’t you, comrade?

Netflix surprise-dropped its new series The OA on Friday, days ahead of its scheduled release.

#TheOA will challenge you to think and feel in ways that you might not immediately feel comfortable with. I really needed this.

#TheOA is a beautiful & poetic story about life & death. Great cast supported by lovely writing. I loved it. pic.twitter.com/R0A5VCgM6S

To exist is to survive unfair choices #TheOA

EVERYONE USE THIS CRAPPY DAY TO WATCH #TheOA ON NETFLIX @The_OA

I don't like saying "it's not for everyone", since nothing in this world is for everyone, but #TheOA isn't your typical series.

Finished S1 of #TheOA on #Netflix. Reminiscent of Sound of My Voice, but still very much its own thing. Kinda loved it. Season 2, @netflix?

I finished watching season one of #TheOA a little while ago and I don't even have words rn.. I want a second season so badly. 😩👌🏻

"My biggest mistake was believing if I cast a beautiful net, I would catch only beautiful things…" #TheOA #Netflix

Binged-watched all 8 episodes of #TheOA on @Netflix today. Loved it. Am always impressed by the quiet thoughtfulness of @BritMarling's work.

People have been applauding the show for casting a young trans actor named Ian Alexander to play a trans character.

@ianaIexander steals all the hearts and all the scenes as Buck in a lovely performance. We need heroes like Buck now more than ever #TheOA

Big ups to #TheOa for having Buck be played by a trans guy. This shouldn't be an issue in Hollywood, but it is.

This series is differently a weird one, which seems to be part of its appeal.

Two episodes into #TheOA . Getting Stranger Things/Fringe vibes. I don't know what's going on but I like it.

#TheOA on @netflix was a really unexpected experience. Go watch it.

However, some people are just plain confused by the mysterious tone.

I need @nerdist chris hardwick to talk me through this. #theOA @the_oa

I'm trying to put my thoughts on #TheOA into words and every time i try this is my face. pic.twitter.com/6US5Z66QRD

This week’s Saturday Night Live featured the return of Alex Baldwin as Trump and a shirtless Beck Bennett as Putin.

"So you trust me more than American CIA?" #SNL pic.twitter.com/noROOkT0Io

#snl is tripping me out with this#trumpputin thing! 😲

#SNL takes #russia more seriously than .@realDonaldTrump himself. Sad but typical of his intelligence.

#SNL opening was awesomely scary at how truthful this Trump-Putin situation really is.

Oh, boy. Things are rough out there.

Kate McKinnon kept things political as Hillary Clinton, in a Love Actually-themed sketch begging the Electoral College not to vote for Trump.

#SNL is seriously like an emotional release valve these days. Genuinely grateful for it:https://t.co/itLipBemD8

#SNL hilariously spoofed #LoveActually last night! 😅🎄 In the sketch, #KateMcKinnon starred as #HillaryClinton in #AndrewLincoln's famous cue card scene, urging a member of the electoral college not to vote for #DonaldTrump. 😂 Click the link in our bio to watch the LOL-worthy video. 📷: NBC

A post shared by Entertainment Weekly (@entertainmentweekly) on Dec 18, 2016 at 8:59am PST

Can we just elect Kate into office?

Especially now that we’ve seen this old photo of her as Agent Scully. 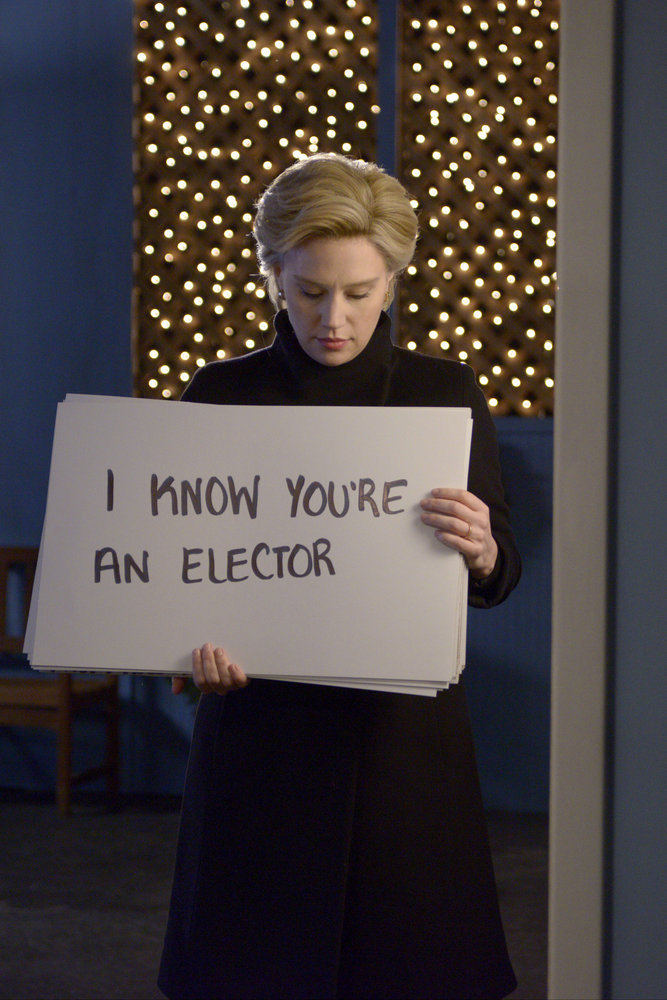