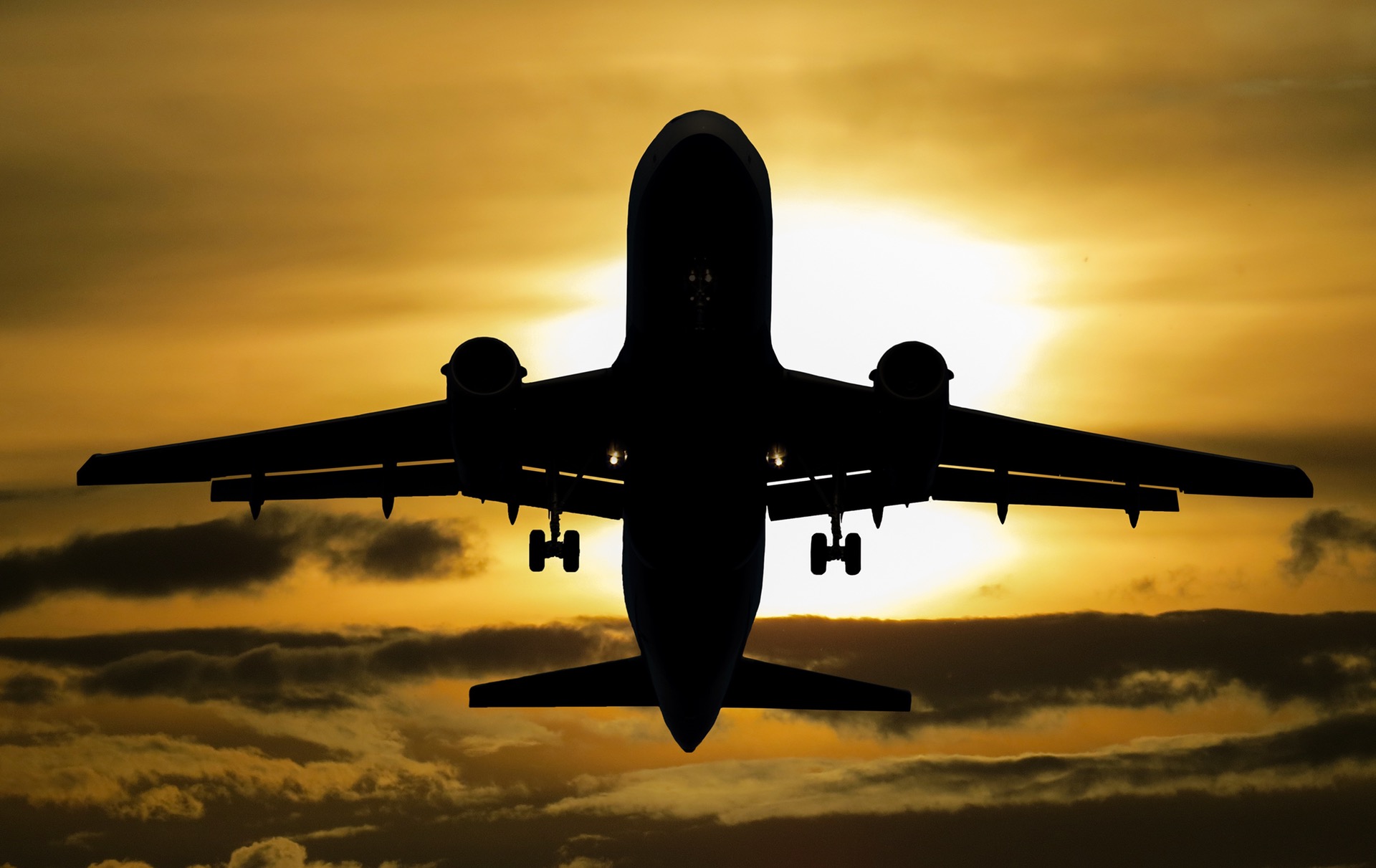 Possibly most concerning of all were the pilots’ perceptions around fatigue management. Pexels

When we take a flight for work or pleasure, one thing we don’t want to worry about is how tired the pilot flying the aircraft is – but nearly 60% of the pilots in a recent research project told us their colleagues were tired at work. Factor in the cockpit recording of a pilot yawning before the plane he was flying crashed in 2009 and you’ll understand why one told us: “We are literally sleepwalking our way to an entirely preventable disaster.”

With economic pressures mounting alongside increasing customer demands, airlines need to try harder than ever to achieve a sensible balance between profitability and safety. Alongside Dr Tom Reader, I investigated safety culture in European airlines as perceived by commercial pilots. In simple terms, we wanted to find out whether pilots felt that their companies prioritized safety over other goals.

The project involved a survey, which was completed by 7,239 commercial pilots across Europe – about 14% of the total population – in January 2016. We asked pilots a number of questions about the safety culture of their company, including their managers’ commitment to safety, staff and equipment, and their company’s culture more generally. 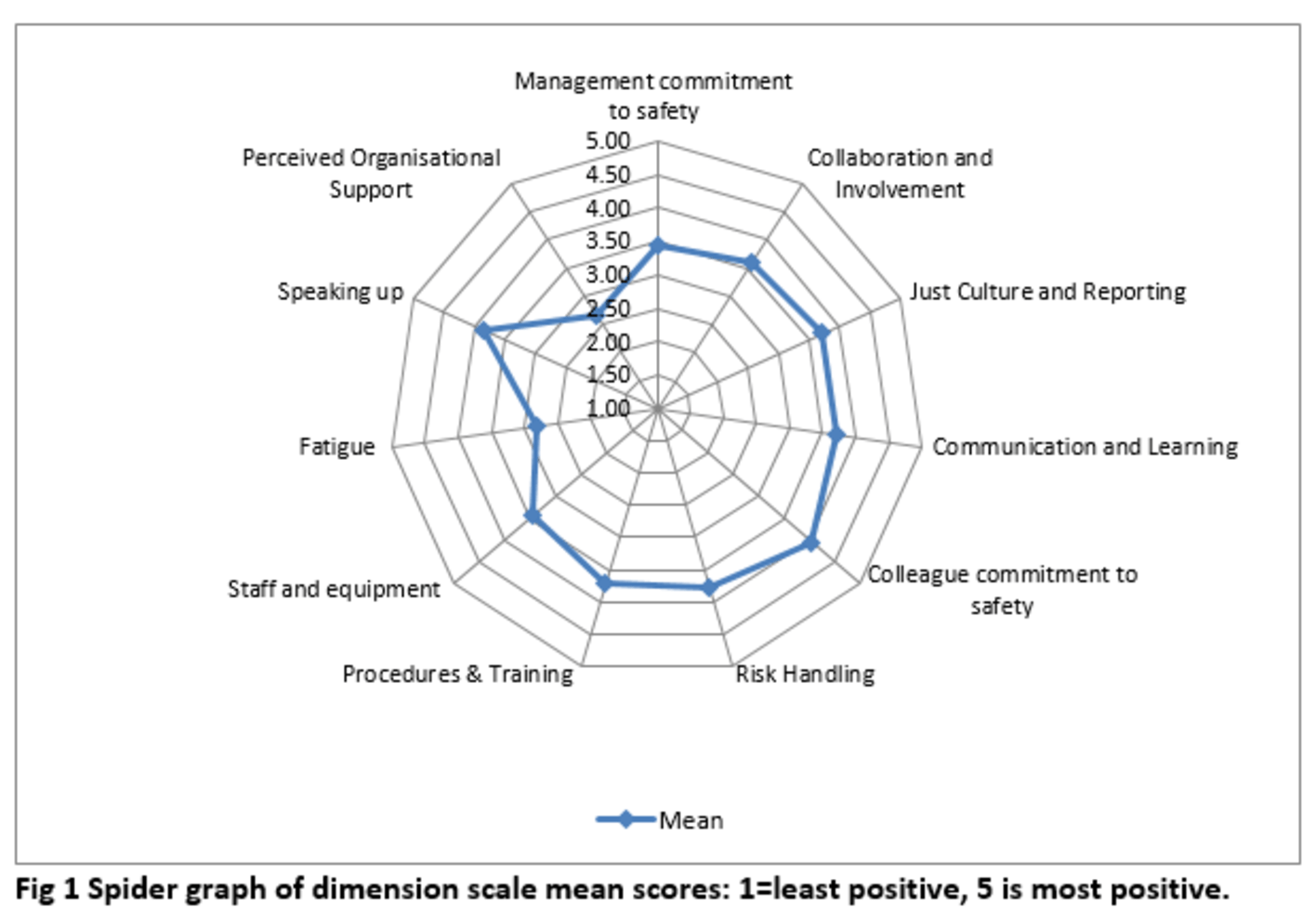 How pilots feel about key aspects of their work and conditions. Author provided

The good news is that safety culture across European airlines is generally positive. For example, more than 90% of pilots reported their colleagues were committed to safety. However, the survey has presented several areas for potential improvement. Possibly most concerning of all were the pilots’ perceptions around fatigue management. 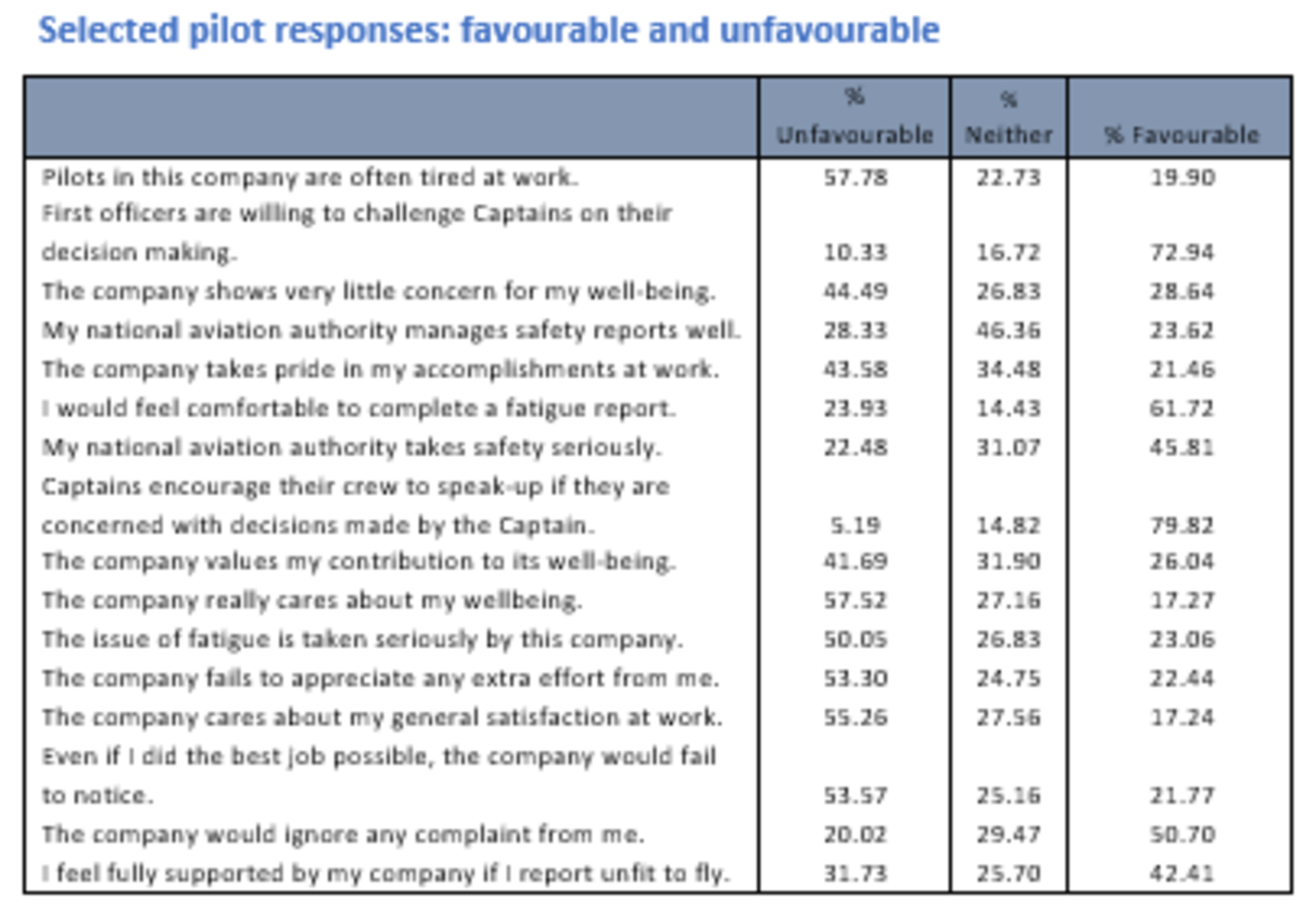 More than half of the pilots reported that fatigue was not taken seriously in their organization (51%) and agreed that pilots in their company were often tired at work (58%). Furthermore, 38% of pilots reported not having “a high degree of trust in management with regard to safety”.

In February 2016, the European Aviation Safety Agency (EASA) officially changed the flight time limitations (FTLs) that protect pilots from working too many consecutive hours. This was adopted by all airlines across Europe. The British Airline Pilots’ Association (BALPA) argues that it has increased levels of fatigue. The head of Flight Safety at the British Airline Pilots’ Association (BALPA), Dr Rob Hunter, told us:

Fatigue has been a growing issue among pilots and has intensified since the introduction of EASA flight time limitations. It’s not surprising to BALPA that the LSE survey shows more than 50% of pilots feel fatigue is not being taken seriously by their company.

In recent years, the concerns over pilot fatigue have grown as a result of its role in causing airline accidents. Notable examples include FlyDubai 981 at Rostov-on-don Russia in March 2016 and Colgan Air 3407 at Buffalo New York in 2009. Both incidents involved pilots with complicated flying schedules leading up to the event. In the case of the Colgan disaster, a pilot was recorded seemingly yawning just prior to the crash.

The real extent of how fatigue affects safety is unknown – particularly as fatigue is difficult to measure or self-diagnose. Regarding the Colgan Air crash, the US National Transportation Safety Board reported the following:

The pilots’ performance was likely impaired because of fatigue, but the extent of their impairment and the degree to which it contributed to the performance deficiencies that occurred during the flight cannot be conclusively determined.

Concerns over pilot fatigue are likely to grow. With airlines needing to cut costs and improve efficiency in order to be competitive, the pressure on pilots to work demanding schedules is likely to increase. We have already started seeing industrial disputes, with pilots threatening strike action in the UK due to fatigue.

While it is not certain whether pilot concerns over fatigue will lead to safety problems in Europe, it’s essential to address this issue in order to avoid any mishaps – and to ensure the industry maintains its excellent safety record. What we would now like to see is airlines and regulators proactively discussing this issue with their pilots in order to better understand what lies behind it.

Anam Parand is a Research officer in the Department of Psychological and Behavioural Science at the London School of Economics and Political Science. This article was originally published on The Conversation. Read the original article. 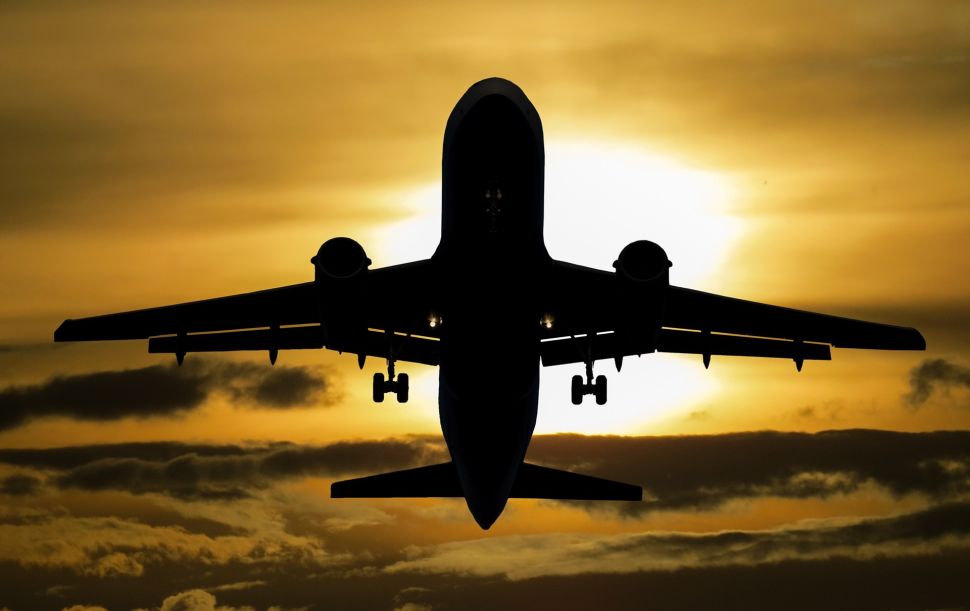