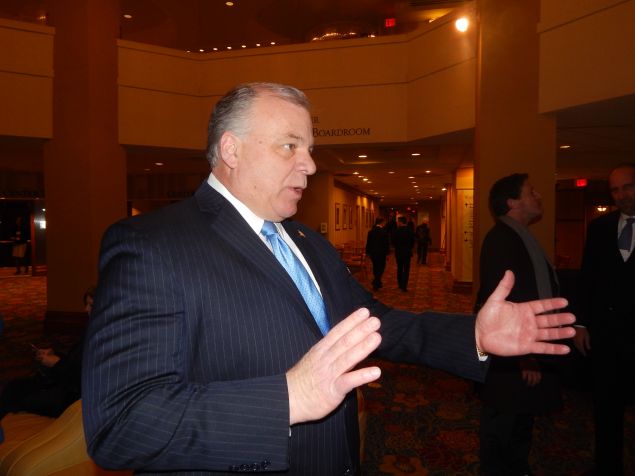 A bill that would add 20 new judges in New Jersey in order to implement 2014 bail reforms advanced in committee Thursday. If successful, the plan would annually appropriate $9.3 million to the judiciary to increase the number of Superior Court judges from 443 to 463—a change that sponsor and Senate President Steve Sweeney says would make it easier to ensure that low-risk offenders are not stuck in lock-up for not being able to afford bail.

The new judges would be assigned by the chief justice of the Supreme Court, and work to process individual cases quickly enough that people do not stay in prison while the courts determine their level of risk. After the bill’s successful hearing in the Senate Budget and Appropriations Committee, Sweeney said the state badly needs the additional man power.

Two years ago, the state began making pretrial release decisions based on risk rather than an inmate’s ability to pay, eliminating cash bail.

“The criminal justice reforms will help make the state’s judicial system fairer and more effective with standards based on public safety rather than the ability to pay,” Sweeney said.  “People shouldn’t be kept behind bars for non-violent offenses just because they can’t afford to post bail. The reforms already approved by the voters will allow the courts to keep dangerous defendants behind bars if they pose a threat to the community at the same time those who don’t pose a threat are released on court-supervised conditions.”

Judge Glenn A. Grant, acting administrative director of the courts, described the change as “historic.”

“Court reforms and speedy trial reform represent a historic shift in the way our courts administer justice,” Grant said. “We support the idea of additional judges to assist in helping the criminal justice system to meet the time constraints of the speedy trial initiative.”

Sweeney said any attempts to “backtrack” would be counterproductive.

Critics on the Republican side like Assemblyman Erik Peterson would like to see cities consolidate their courts at the county level instead. He introduced a bill to allow cities the option to consolidate a municipal court into the county courthouse.

“Efficiency can be achieved, as we reduce the number of judges, prosecutors and public defenders while using the newly created county-municipal court to help the new pre-trial release and detention hearings – giving the assignment judge more resources and flexibility,” Peterson said of his bill.

“Creative public policy ideas like this could help certain counties avoid the cost of additional Superior Court judges and prosecutors to comply with the bail reform provisions going into effect in a few weeks. Before people sign onto the Democrat-backed plan to spend $10 million on 20 new judges, we should start enacting cost-savings reforms like this.”