Paul Verhoeven’s Elle ranks among this season’s most shocking, divisive and original films. It stars French actress Isabelle Huppert as Michèle Leblanc, a successful, standoffish businesswoman with a dark past. Raped in her posh gated home by a ski-masked intruder, Leblanc doesn’t report the crime to the authorities. Instead, she pursues his identity privately. While she does exact vengeance in her own time, in her own way, her actions have divided feminists. Some accuse the movie of normalizing rape but, in my opinion, that reduces the complexity of Huppert’s character to a paper doll’s thickness – which simply isn’t the way Verhoeven or Huppert (Things to Come, Amour, The Piano Teacher) conceive the character.

Last week in Marrakech, I sat across from the petite redhead who wore a chic blue blazer, jeans and emphasized her responses with an assortment of tasteful, bright gold rings. Known for not suffering fools lightly, the Parisian was an engaged and engaging presence sipping tea in the luxurious La Mamounia Hotel’s library. Currently riding a wave of acclaim (a Best Actress award from the New York Film Critics Circle and a Gotham, a Golden Globe nomination) that makes her a Best Actress contender, Huppert attended the Marrakech International Film Festival to pay tribute to Verhoeven, who has made his best film in years.

“I played ‘Elle’ without day-by-day knowing exactly why [Michèle] was doing what she was doing — exactly like in life.”

Observer: Do you seek out the types of characters you portray?

Isabelle Huppert: Well, they seek me out, obviously. I don’t think I take them with such precise definitions. Let’s say in Elle, she’s certainly not a predictable character. I really take the women most of the time as normal people to which happened some kind of abnormal events. More or less they are normal. In the case of Mia Hansen-Love’s Things to Come it’s not so abnormal that being left by your husband, or having your mother die, and things like this impact a character. I try to take them as normal as possible. That’s why people think it’s unpredictable but in my opinion it’s closer to what reality would be. Most of the time in fiction things would be emphasized or turned into something more spectacular or more lined up, something you can name more easily between the good and the bad. The minute you are more off the track and where the border between the good and the bad is more blurred it makes people think it is abnormal. But, actually, in terms of human behavior, I think it’s closer to what reality is. I played Elle without day-by-day knowing exactly why she was doing what she was doing — exactly like in life.

And unlike most contemporary leading ladies.

Sometimes you do things but you don’t have such precise and conscious decisions or precise reflections or sayings in your mind. It’s not so clear sometimes. Fiction makes it look clear, but in life you are more floating. In Things to Come, Nathalie is shocked [when her husband leaves her]. She doesn’t yell, she doesn’t scream, she doesn’t beg. Little by little, she has this almost new persona emerging in herself. She can also make rough decisions like when she goes to their house in Brittany and removes all his things from the house. Then she becomes very funny because she says, ooh-ooh, wake up, it’s over now. She goes further than he does. I think that’s very smart the way she very nicely and very gently goes further in terms of irony saying it’s over. During the Christmas meal, the way she ejects him from the house in a very rough way. A lot of people told me that she’s so mean during that time. I know she is mean: he left her. She recollected all the broken pieces of her life. She’s not stumbling so much on her feet. She’s steady. For her, when it’s over it’s over. I take this so easily because these characters, whether Nathalie or Michèle, are never the caricature of something. That would be more difficult for me if it was so. I would resent the falseness.

Jessica Chastain recently told me she loves your work, and that you adopt a “neutral mask, a white mask.” Do you use a certain method as an actress?

It’s not like a method. Instead, it’s what the camera allows you to do. For me, the camera is like a microscope. In a microscope, it can go very close to your face and express things just by thinking about it. You don’t have to indicate it. I don’t think acting is indicating or imitating it’s just expressing, but expressing from the interior. Jessica is very good at that believe me.

“That’s what movies are made for, to bring out the most un-confessable turmoil that is in people’s minds.”

Do you think women have been allowed to be unlikable on screen?

These women I portrayed in both films –whether it’s Things to Come or Elle — they are strong but they are not so strong in a way. I don’t think it’s what people would call unlikeable. I don’t think they are unlikeable. They just make you enter their lives questioning something that most of the time no one would confess. That’s what movies are made for, to bring out the most un-confessable turmoil that is in people’s minds.

Both films revolve around women in crisis who resist quick fixes.

Those two films give access to this turmoil. Instead of and-this-and-then-that, they take the audience and make them come to the inside of the unconscious. Meanwhile, the films give some possible clues to why she does this, why they don’t do this. In the case of Elle, the film throws all of these bridges with the past, which presents the whole mosaic of the situation of the character in relation to the father, the mother, the son and all these people who surround her. She’s almost like a man of the story in a way. She’s not masculine, but she doesn’t want to be a victim. But, also, she doesn’t assume the classical adventure with a masculine touch, taking a gun and shooting the guy. On the other hand, she’s a bit a man because a lot of people depend on her. She might not be likable but she’s the breadwinner.  What’s interesting about this character is that sometimes she’s a man, sometimes she’s not the man. Sometimes she’s obviously a woman because it deals a lot with sexuality and feminine desire. It’s obscure. It’s not pointed out.

It’s opaque. Which leaves me curious why, after she’s raped, Michèle doesn’t call the police?

It’s interesting that you point that out because most of the time it’s been left to the side even by myself. I saw the film again the other day and then I said, “oh yeah, I forgot that.” She’s said very precisely, I had enough with the police because of my father.

Who is notorious and – spoiler alert – in prison for life.

This is also one of the reasons she, in particular, doesn’t want to go to the police, which is a very concrete actual reason, and unique. She wants to make her own justice in a way without knowing. She does it, she obviously has a plan. She goes to buy the gun. I read somewhere in American newspapers, she goes to buy the gun like she would go to buy a bottle of perfume. I thought that was really funny. She has a plan but without exactly knowing what the plan is….Another thing which was pleasant to do all the way through is the huge amount of irony. The irony is not just for the pleasure of being funny; it keeps a very healthy distance. It operates like the good counter point to this depth which goes underneath.

How did Verhoeven tell you to play the character?

He never told me how to play the character. How?  By saying nothing, that’s the answer, just by saying nothing. Given the mass of information, the mass of complexity, the mass of multiple layers that you have in this film one would think that we would have discussions, that there was no way that we didn’t have discussions. Yes, there is, because we never said one word about the character. If you read the sayings by Orson Welles, it’s genius what he says. You just have to make it possible by the film making. That’s exactly what Paul did. When you have the camera literally revolving around the character you just have to let the actor take it and do it his own way. 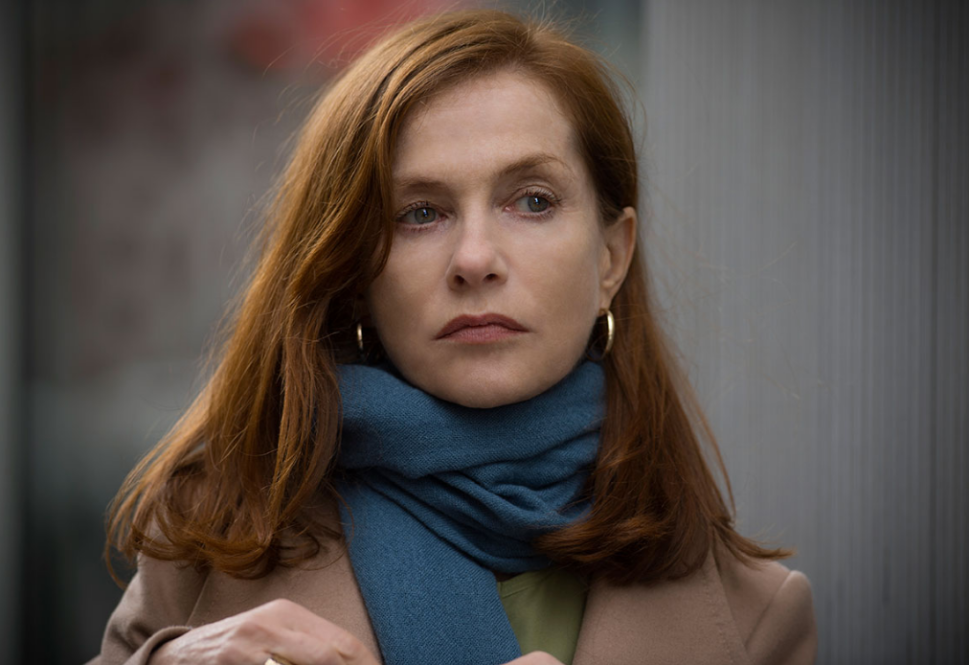