It’s been like this since the advent of rock ‘n’ roll: Whenever the House that Chuck Berry and Little Richard Built starts to get stagnant, leave it to R&B to pick up the slack and push the limits of creativity in modern music.

It was only a matter of time before there was a true resurgence of the three-piece female group. Enter: Grammy-nominated trio KING, who have done a stellar job bringing back the vibe of the second great girl-group era of the early-to-mid ’90s on their luminous debut We Are King.

However, it’s not just the shades of En Vogue and Silk that bring about the flavor of this period, but also elements of Slowdive’s Just for a Day and Heaven or Las Vegas by the Cocteau Twins as well, delivering a sound that I’ve always felt would make fine bedfellows.

Ri Ri employing Extreme guitarist Nuno Bettencourt to be her right hand on the concert stage is one of the greatest Beauty and The Beast pairings pop music has ever seen. On the ingenious Anti, the Barbadian beauty continues to channel her inner Grace Jones as her Island upbringing is taken on a rocket ride into the 22nd century on “Work”, a duet with Auto-tune crooner Drake and the glitchy dancehall workout “Rude Boy”.

She even covers Tame Impala on here, actually improving upon “Same Ol’ Mistakes” with her melodic sharpness. Bettencourt only appears on one track here (the sultry “Kiss It Better”), but his influence is never too far behind and has truly helped make Anti Rihanna’s seventh album wonder.

For a guy who got his start in a band called Test Icicles, the evolution of Devonte Hynes has superseded all expectations; he has transitioned from a by-the-numbers dance-punk dude to one of the most adventurous acts in modern R&B in breakneck speed.

On Freetown Sound, this file transfer becomes complete, as the Englishman builds a bridge connecting the first Seal LP and D’Angelo’s The Black Messiah in a way that foretells the coming of a post-Trump/post-Brexit society while paying homage to his familial roots in the Sierra Leone with the album title.

With guest turns from Carly Rae Jepsen, Debbie Harry, Nelly Furtado and Empress Of, samples of KRS-One and a cameo from acclaimed author Ta-Nehisi Coates, Hynes channels his frustrations for an increasingly polarized society by spotlighting 21st-century protest soul beneath the warm neon glow illuminating the opening scene of Prince’s Sign ‘O’ The Times.

Drake’s Warner-distributed OVO Sound imprint is really shaping up to be as progressive as the music crafted by its owner. But even Drizzy himself might have a hard time going to the places his fellow Toronto soul traveler Daniel Daley does on his debut under the moniker DVSN (÷).

Working with his boss’ biggest production guns in Noah “40” Shebib and Paul “Nineteen85” Jeffries, Sept. 5th finds the primary parties working together almost as more of a cohesive music trio than a showcase for Daley in a way not unlike Sade. If you ever wondered what Take Care would’ve sounded like with a dude who could really sing…

Remember that scene in the third episode of Luke Cage where Charles Bradley is performing “Ain’t It A Sin” in Cottomouth’s club while Luke is twisting pistols with his bare hands? Take the feeling you felt watching that shit and multiply it by 11—that’s what listening to Changes is like. Charles is magic. Thank you for stealing back “God Bless America” from the alt-right, sir!

The music of Xenia Rubinos is a quintessential Brooklyn blend that mixes together her Latina heritage with a love for urban radio. However, the Berklee-trained singer-songwriter also has roots in the punk and noise communities as well, and Black Terry Cat is this bold, beautiful blending of it all, creating a delicious bisque of Wonderland-era Kelis and artful St. Vincent-esque oddness that more of you should have listened to this year.

Chicago singer Jamila Woods’ solo debut conjures a neighborhood blend of double dutch singalongs, lullabies and little snippets of Paula Cole and The Cure; she’s created such a beautiful Windy City variation of the Erykah Badu formula that does for R&B what her homie Chance’s Coloring Book did for hip-hop this year.

HEAVN is so good, in fact, it even makes you forget about her cameo on “White Privilege II”.

Four years isn’t nothing when the payoff is as rewarding as this long-rumored, excruciatingly overdue follow-up to 2012’s Channel Orange.

Frank Ocean is the Marvin Gaye of modern R&B, and Blond is his Here, My Dear—a spacey, emotional journey through the artist’s mind that leaves you a more enriched human being by the time it ends.

Anderson.Paak’s latest album Malibu was good. But then came this collaboration with Stones Throw’s resident beat prodigy Knxwledge as NxWorries, which takes the Gnarls Barkley concept to a new stratosphere of creativity.

Paak has proven he’s as distinctive a singer as he is an MC, carrying a tune in a way that splits the difference between Teddy Riley and Melvin Van Peebles. And when he’s got an arsenal of killer KNX instrumentals at the ready, the duo delivers arguably the best R&B record from a modern act to bear the Stones Throw logo.

1) Solange, A Seat at the Table (Columbia)

Big sister Bey might be shocking music fans by besting Bowie at the top of many Albums of the Year lists in 2016. But make no mistake, Solange was the Knowles woman with the better album this time out.

Don’t let the lemmings sway you—A Seat at the Table celebrates blackness in a more lucid, reflective way than Lemonade ever could, replacing her sibling’s multimedia pomposity with a lovely balance of Top 40 sashay and indie pop weirdness, like Janet Jackson’s The Velvet Rope redesigned by The Dirty Projectors.

The recorded testaments from her parents as well as a surprisingly reflective Master P speaking on their experiences growing up black in America only adds to the potency of the futurism it counterbalances, with Solange uniting the gravitas of history with the hopefulness of modern songwriting to create a work as beautiful and insightful as Fulfillingness: First Finale. 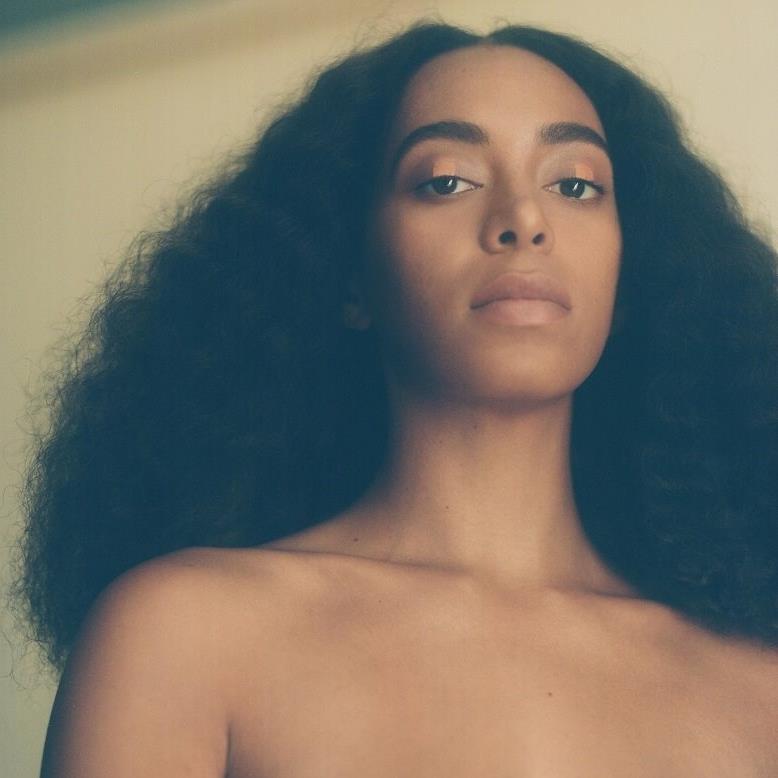