For Donald Trump, winning the presidency may have been unexpected, but he has said all along winning alone was not the goal. Indeed, his goal was to “Make America Great Again.”

So how will we independently judge whether he has achieved this lofty, yet unspecific goal?

We judge Presidents of the United States by three objective measures:

The first two criteria will unfold over time.

The third will begin come into view almost immediately.

Presidents have two ways to proactively and specifically achieve things: Through the executive branch and through the legislative branch (the judicial branch generally limits the power of a President). As it relates to executive actions, many of which President-elect Donald Trump is preparing for his first day in office, the power of the presidency is effectively unlimited. President Obama’s short-sighted reliance on executive orders means some of his legacy will be undone by President Trump almost immediately. As it turns out, President Trump will also have “a pen and a phone.”

But undoing President Obama’s executive orders, while helpful to the U.S. economy, will not solely decide the success of President Trump’s first term.

He will need bipartisan legislative accomplishments, and those will sometimes require 60 votes in the U.S. Senate.

Republicans have 52 seats, which means if they remain completely unified, they will still require eight Democratic votes to pass any major legislation through the Senate. Are there eight Democratic votes for border security, repealing all or part of Dodd-Frank, replacing Obamacare (repeal requires only 50 votes plus the Vice President since it can be done on reconciliation), rebuilding the military, or passing major tax reform? What about for Trump’s forthcoming Supreme Court nominee?

Trump’s Cabinet and non-Supreme Court judicial nominees only require 51 votes, instead of 60, due to the impatience of retiring Senate Minority Leader Harry Reid.

I can imagine a scenario where in the first two years President Trump is frequently frustrated by Senate Democratic recalcitrance toward his legislative agenda, with major items failing to reach the 60-vote threshold in the U.S. Senate to break a filibuster.

It is conceivable that Republicans could have 55-58 seats in the U.S. Senate come January 2019, which may grease the wheels of the U.S. Senate in President Trump’s favor in his third and fourth years before he presumably seeks reelection.

How will President Trump approach Democrats to win their votes for his agenda the next two years?

Consider these five words: The Art of the Deal.

I think he will trade a $1 trillion infrastructure bill, a Democratic priority, for something important to him and Republicans—perhaps tax reform, which may allow him to get 60 votes in the U.S. Senate and pass both bills.

Trade also offers some appeal to Rust Belt Democratic House and Senate members, as Trump’s position on trade is more in line with Democrats than it is with traditional Republican free trade orthodoxy.

Ultimately, Trump has a couple pieces of legislation he can trade to Democrats for his priorities.

Can he close those deals?

Trump has 100 days, perhaps six months, to get the bulk of what he wants accomplished in his first two years before politics overtakes the two-year cycle and Capitol Hill becomes solely focused on individual reelection races.

The dilemma facing Democrats is that they must remain unified, but they are currently truly divided. Some want to move back to the middle and win back white working class voters in states like Ohio, Iowa, Wisconsin, Pennsylvania, Michigan and Indiana. Others want to go hard left, in the direction of U.S. Sen. Bernie Sanders and Sen. Elizabeth Warren. But going hard left won’t win back the middle for Democrats.

Will the Democratic base accept a move to the middle?

Trump enters the presidency with some juice, but with some powerful and committed political enemies who plan to aggressively resist his agenda.

We will quickly see just how strong a negotiator he really is. 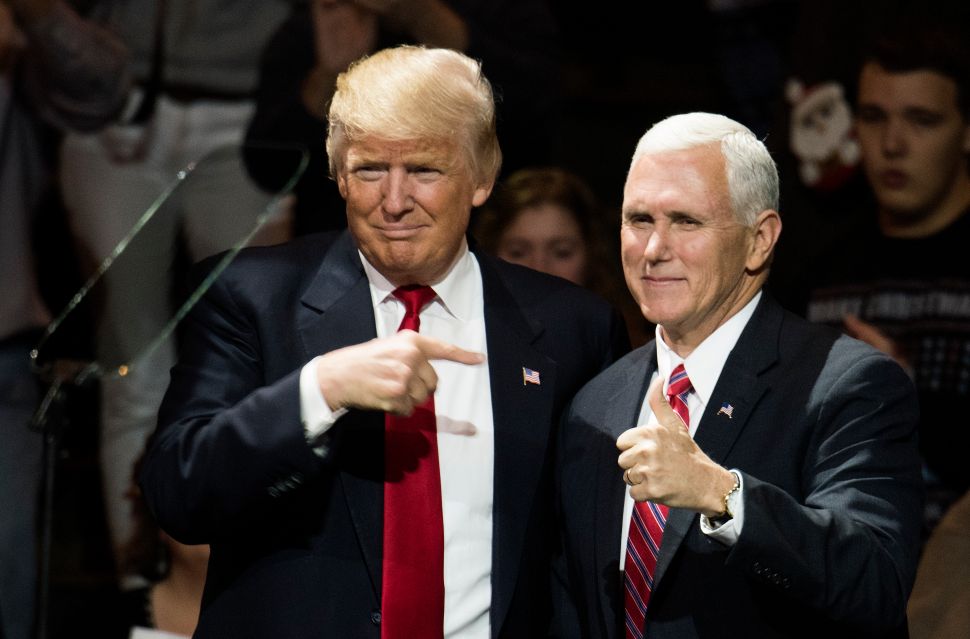