The Algemeiner has published its first annual list of the “40 Worst Campuses for Jewish Students” in the United States and Canada.  Among the “honorees” cited by the national Jewish newspaper are some of the most prestigious institutions of higher learning in both countries.

Grabbing the top spots for ignominy are Columbia University and Vassar College in the United States, followed by the University of Toronto and McGill University in Canada. Rounding out the top five anti-Semitic campuses is the University of Chicago. I guess “Mazel Tov!” is not in order here.

The Algemeiner findings are consistent with a study conducted earlier this year by the anti-Semitism watchdog group AMCHA Initiative, revealing that campuses with anti-Israel activity (often in the form of the Boycott, Divestment, and Sanctions movement) and where Students for Justice in Palestine chapters are promoting BDS and advocating against the Jewish state, anti-Semitism tends to be a part of life for Jewish students.

And while these are the 40 worst, anti-Semitism in the guise of anti-Zionism can be found on most any campus.  So, avoiding an anti-Semitic campus is about as easy as a European Jewish refugee trying to find an open door before or even after World War II.

Although universities have for decades attempted to create civil discourse by promulgating speech and decency codes—often unconstitutional—the one group that is routinely unprotected by the extreme restrictions defining civil discourse is Jews.

To comprehend this hypocrisy requires a brief excursion into the workings of the modern university. The top departments in any university are in the real sciences, followed by the college of engineering, and nowadays, the college of business.

These fields not only draw the students with the highest academic records, but their faculties routinely bring in grants and contracts that supply the university with overhead money.

These students, with some exceptions, do not have time for campus politics. Getting a degree in software engineering does not leave you sufficient time to go to the bathroom let alone attend campus political meetings and demonstrations.

Then there is the rest of the university, the so-called “social sciences” and humanities. These departments draw students not only of lower achievement but also of lesser gods. Some of these students do have high verbal aptitudes and strong substantive interests. They are the five or ten percent that are a delight to have in class and can read and understand something as demanding as Hegel’s Phenomenology.

The rest are there by default. They lack the interest to be there. Outside work is heavily plagiarized; and tests, often essays, are subject to interpretation, with administrative staff reminding the faculty of the dual commitments to “diversity and retention.” You don’t need a Ph.D. to comprehend the message.

Students with time on their hands become active in university politics and carry with them the classroom model of the oppressed and oppressor. These groups are marinated in the politics of oppression and the belief in “intersectionality.” The oppressed of one group must join forces with the oppressed of all groups.

As Haym Salomon Center terrorism expert Bridget Johnson so incisively notes in The Hill, Black Lives Matter, an American-based movement, goes to Israel to issue a statement about Israel oppressing Palestinians. Not only does the thuggery of Hamas or the klepto-dictatorship of Fatah escape their notice, but what does Israel have to do with the allegation of blacks being wantonly shot down in the streets of America?

Nothing! Intersectionality, however, requires that the oppressed of the world unite.

Jews are seen not only as white high achievers, but also supporters of an oppressive state. The perception is reinforced by faculty who instruct a captive audience of students that Israel is the last outpost of British imperialism.

Such activities as Israel Apartheid Week, the hecklers veto and disruption of Jewish speakers, and demonstrations promoting the BDS movement against Israel are simply conduits to anti-Semitism.

Administrators not only share the ideology of the anti-Israel students. They are also reluctant to use their power to stop them for fear of having an anti-Israel demonstration turn on them.

So, what are Jewish students to do? There is nothing they can do until the liberal Jewish defense organizations come to grips with the problem on campus and stop yielding the issue to the campus Hillel.

On one campus with which I was familiar, the African-American faculty held a demonstration outside the administration building once a year. I asked one of my African-American colleagues why they still bothered doing this. He smiled and said, we need to remind them that we are still here and what we are capable of doing.

Jewish defense organizations should take note. The time for the quiet, behind-the-scenes discussion has passed. 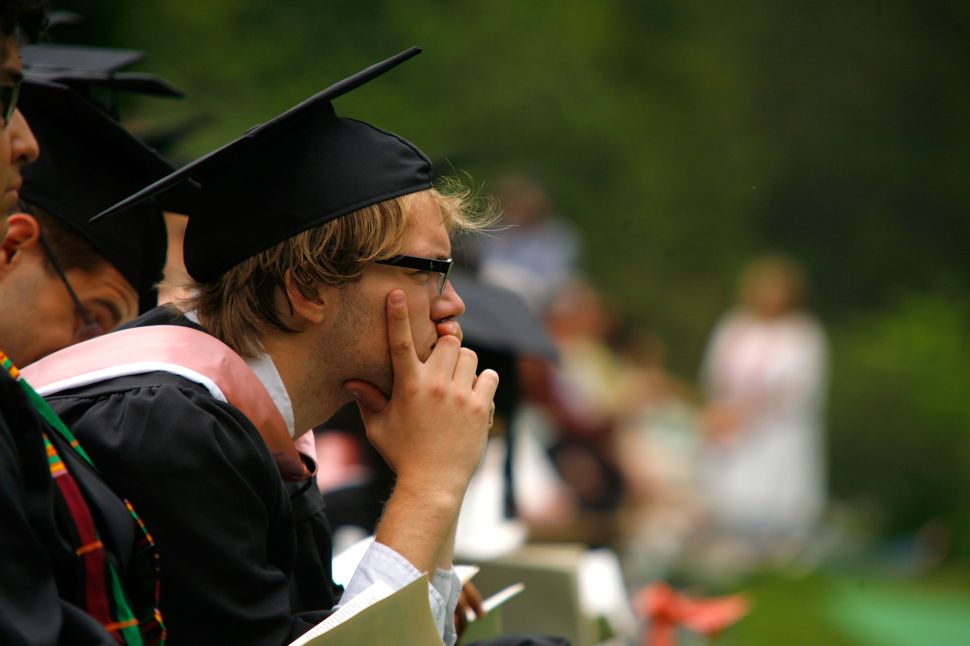