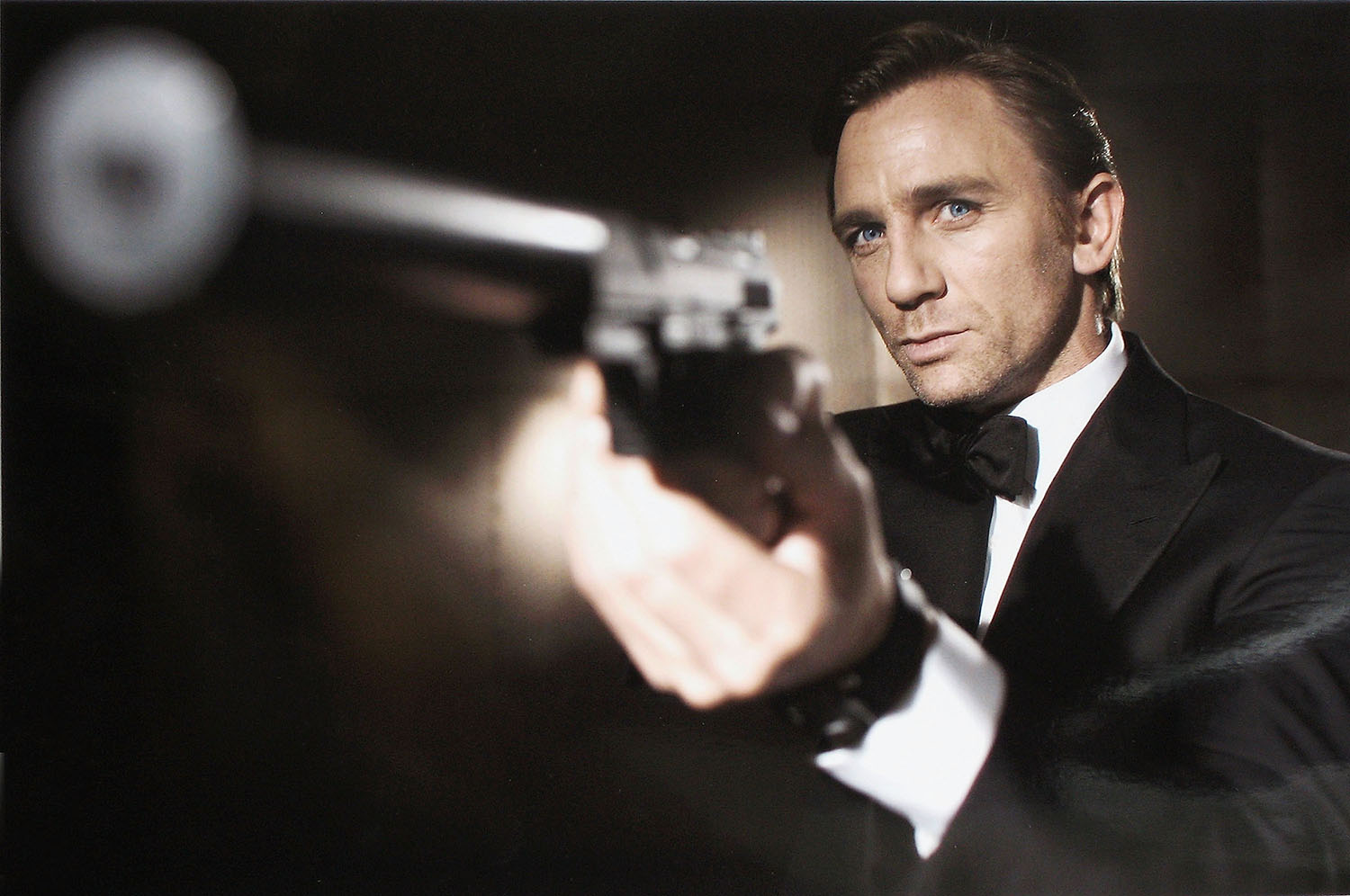 If James Bond embarrassed himself by ripping his trousers during a heli-lift off the Chrysler Building or his tux atop the Empire State, Britain’s most famous secret agent would no longer need to wait till his next trip to London for a new wardrobe. Today, 007’s favorite Savile Row tailors and Jermyn Street shirt makers are as likely to be found around Fifth Avenue as they are in London’s most illustrious menswear neighborhood, Mayfair.

“Thom and I have been coming to New York and developing a relationship with Stateside bespoke customers since 2006,” said Luke Sweeney of Mayfair tailoring brand, Thom Sweeney. This is the background to his label’s first ready-to-wear line at Bergdorf Goodman this fall, featuring a two-season exclusive with the label. Sweeney and his business partner Thom Whiddett have built a U.S. business by tying their trips to when clients will be in town. As well as New Yorkers, they see people from all over the States. “We take a suite at the Gramercy Park Hotel every two months,” Sweeney explained. “We bring a couple of our cutters over and we create an informal, friendly space to help our customers choose cloth, be measured and fitted for our exclusive, handmade bespoke suits.” 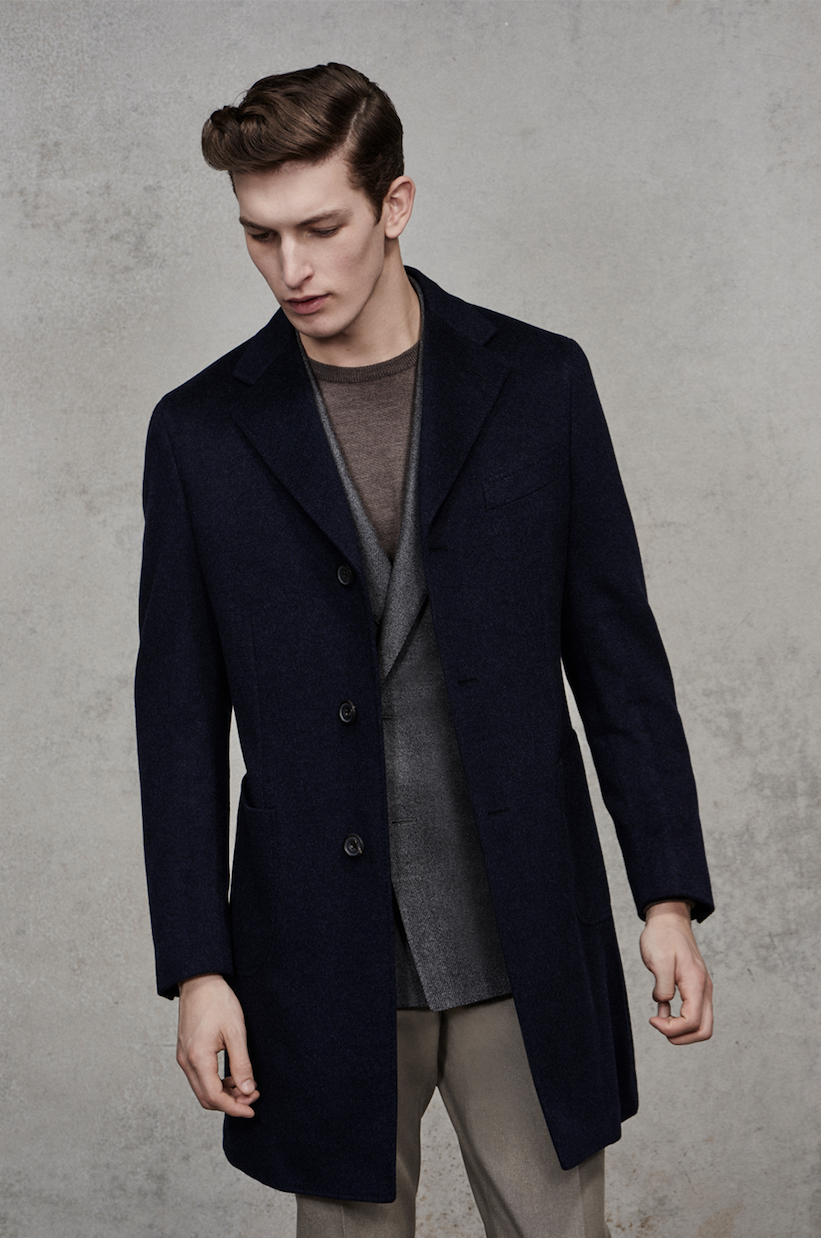 It is this quiet building up of the Thom Sweeney brand in New York that has given Bergdorf’s the confidence to stock the label’s off-the-peg line. This includes such timeless British classics as a three-piece flannel check suit, a navy cashmere overcoat and a camel mélange double-breasted jacket. Thom Sweeney’s ready-to-wear is also available online at Mr Porter. 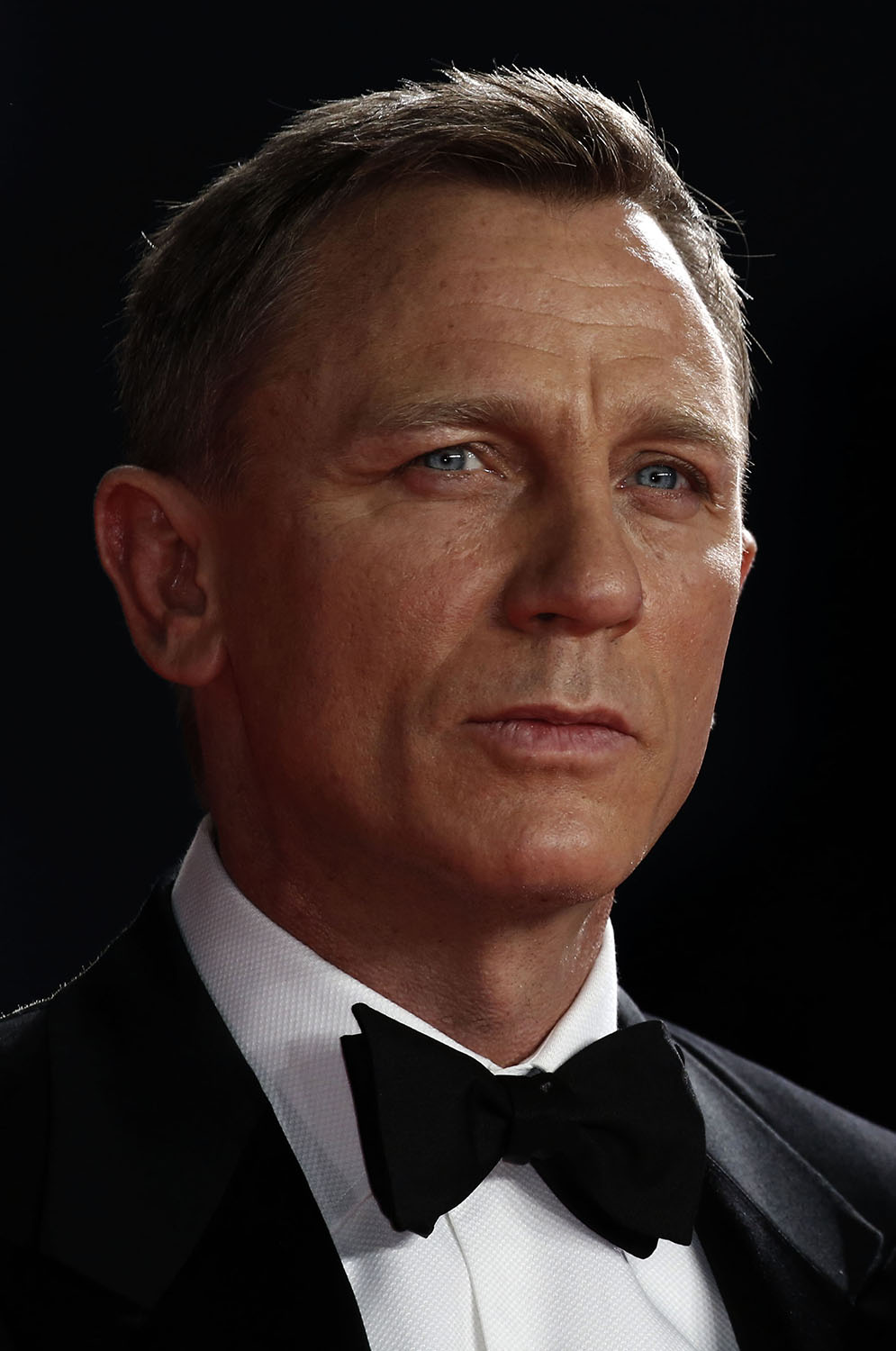 A similar story is playing out across Manhattan with Huntsman, perhaps the most venerable tailors of Savile Row—London’s smartest street of tailors. The company was founded in 1849 and has kitted out monarchs and statesmen in its effortlessly smart suits, jackets and hunting attire ever since. Laurence Olivier, Clark Gable and Cecil Beaton were all clients. Known as Apartment 7a and based near Carnegie Hall, the Huntsman pied-à-terre is an appointment-only space that could easily double as James Bond’s New York bolthole. House tweed-covered walls and Huntsman archive memorabilia, like photos of past clients Gregory Peck and Bill Blass, brighten up the walls. Garments awaiting fittings are hung in a remarkable mahogany-paneled steamer trunk wardrobe. Such repositories were designed to carry a gentleman’s wardrobe during six-week-long transatlantic liner crossings.

“We’ve been lucky that Turnbull & Asser have always had interest in New York,” said Dean Gomilsek-Cole, head of design at the classic Jermyn Street shirt and suit maker. Turnbull & Asser shirts are perhaps the most famous classic shirt maker in the world; former clients include Ronald Reagan, Charlie Chaplin and Winston Churchill. “This comes from our partnerships with department stores over the years, but it has become important for us to have a home in the city,” added Gomilsek-Cole. The brand now has two stores, uptown and downtown. 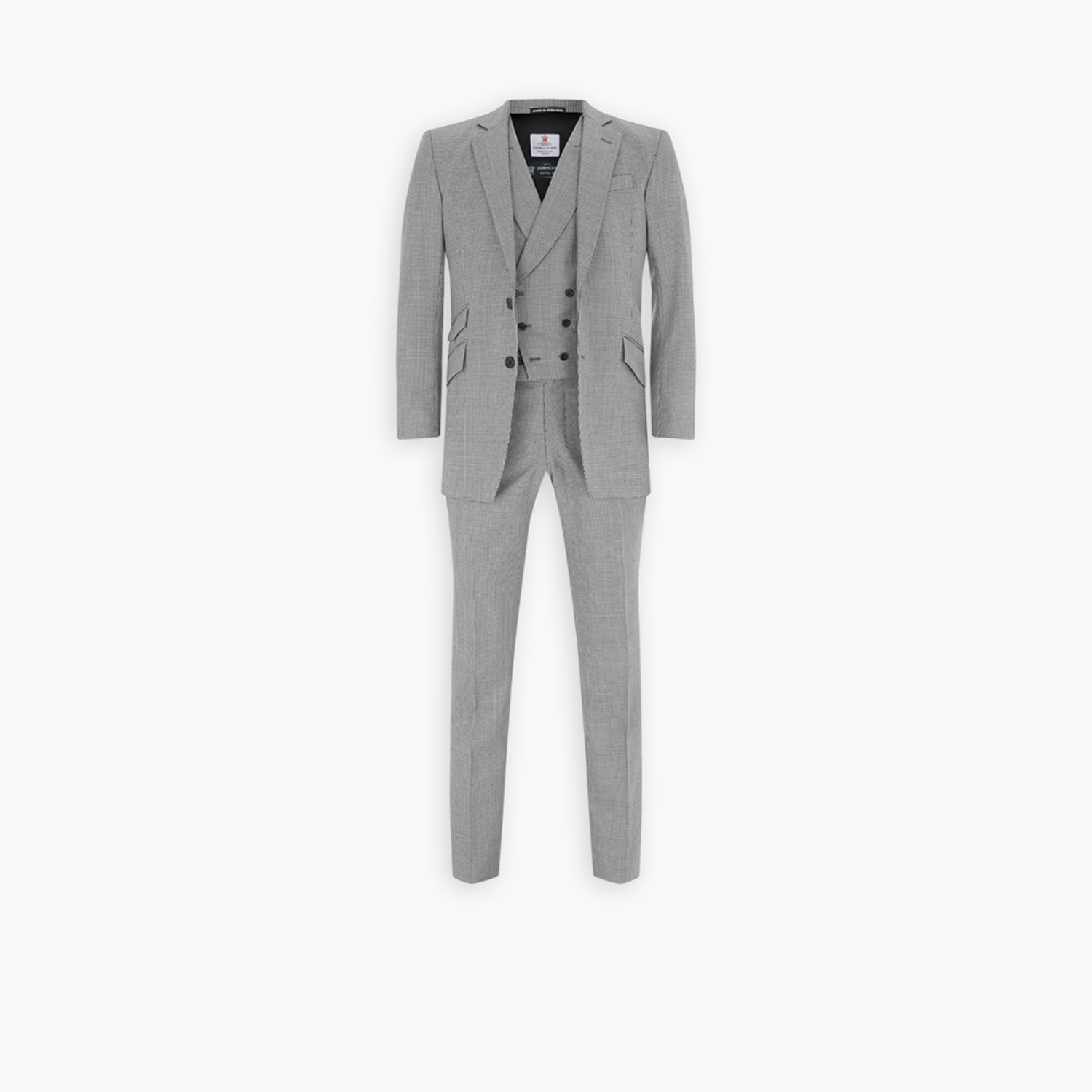 “In fact it’s been easier for us to be seen as more than just a shirt maker with our New York customers.” In the brand’s home city, he said, it’s taken longer for their customers to “acknowledge Turnbull & Asser as a fully read-to-wear brand” offering suiting, evening wear, coats, underwear and nightwear alongside their core bespoke and ready-to-wear shirts.

At Thomas Pink, the slightly more affordable British business shirt maker, they’re so excited by being in the New York market they’re adding yet another store to the five they already have in the city. “New York is arguably the world’s professional, financial and media epicenter where business comes first,” said Alex Field, Thomas Pink’s marketing director. Serious business men in New York, just like their London counterparts, understand the importance of looking smart at work despite the prevalence of the new, more casual style of dressing, according to Field. “New York is incredibly important to us,” he added. “Next year we’ll be opening at The Shops, Columbus Circle.” 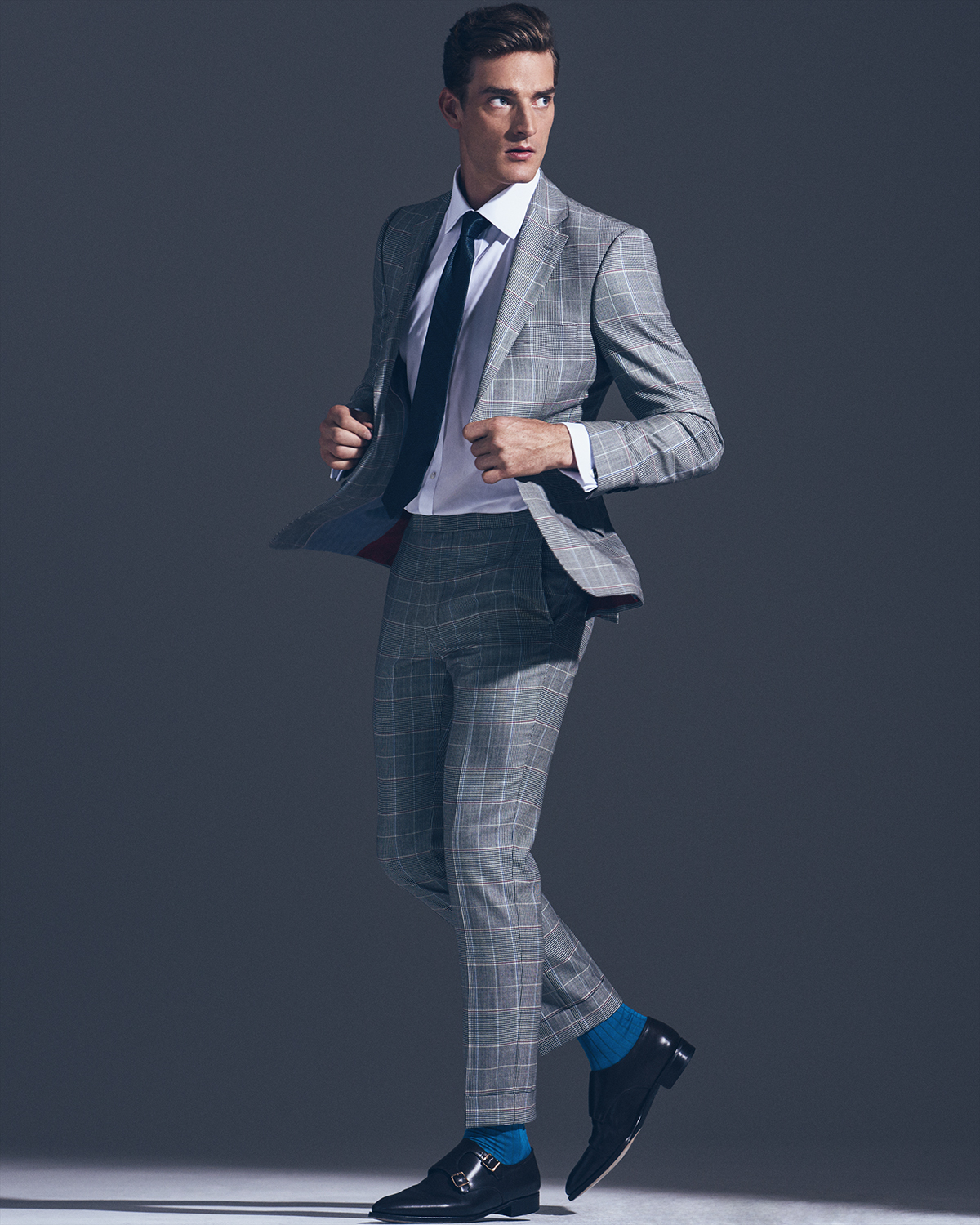 Building a business from the ground up rather than the giddy, hot-then-not whirl at the designer end of menswear gives this classic renaissance of the British look its likely staying power in New York. “We’ve been looking for a site for our first store in the city for several months,” said Luke Sweeney. “Realtors have been suggesting sites downtown, but I was out with my wife the other night while wearing a suit and tie. We were heading uptown but got caught in bad traffic so headed downtown and ended up at the Mercer Kitchen for dinner. Being there I felt as if I was wearing fancy dress! I said to our realtors, ‘The first Thom Sweeney store needs to be uptown.’ ”

James Bond would surely second that.

Thom Sweeney is available at Mr Porter and Bergdorf Goodman; Huntsman at Apartment 7a and Turnbull & Asser; Thomas Pink at thomaspink.com 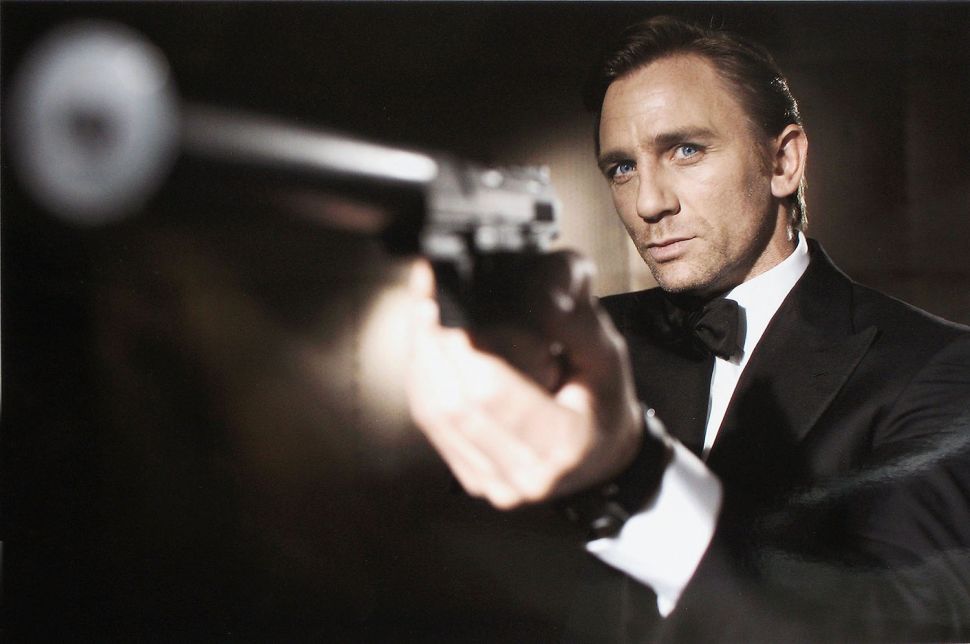