Greatest Hits albums and tours often signal a career break or departure, but David Gray calls his recent Best Of package “a prelude to a huge amount of music” coming over the next two years.

In addition to finishing his 11th album, the singer-songwriter revealed to Observer that he’s also working on a side project, Skellig, named for a pair of mountainous, monk-settled Irish islands. The Skellig record will feature atmospheric, “no-tempo” songs that didn’t fit thematically on other albums. (Gray performed one, “Dunleary,” at the Apollo Theater on November 20.)

In a phone interview before playing Antwerp, Belgium, Gray discussed touring without a band, the recent “abominable changes” that have shaped his songwriting, and how streaming has helped reignite interest in his 25-year-old catalog.

“Whether we like it or not, it’s becoming the only show in town,” Gray said. “I think with some of these streaming services, their heart is definitely in the right place. We’re in a world now where it’s like tap —people don’t think they need to pay for it.”

Gray’s tour wraps in the Netherlands on December 19.

I get nervous when my favorite musicians put out greatest-hits albums.

I don’t think there’s many more opportunities to sell compilations in the way that we used to. So when you’ve had 10 albums, it’s a valid way of gathering them into one place. Perhaps fans that don’t know your stuff so deeply, they might know a few songs, but by listening to a compilation you get to hear a few others and maybe make a few discoveries. It’s how I discovered some of my favorite artists: Bob Dylan, Marvin Gaye, people like that.

It’s the opposite of hanging up my songwriting boots; this is just a prelude to a huge amount of music that’s going to be coming out next year, and the year after. I’ve been very busy, so I’ve got a lot of music to come.

I’ve been writing for a new album, we’ve been recording that. Tons of new songs that hopefully will materialize before next year is out. You just never quite know the timing of these things, but I think that some of the songs that are approaching completion, we might put them up on a streaming service prior to the album release. I think you can put the music out, let people enjoy some of it, and then put the whole thing out a bit later and they’ll still come onboard. So tracks may be emerging by the early summer, who knows, depends on how quickly we get things wrapped up.

You played an unreleased song, “Dunleary,” at the Apollo. Is it among your new recordings?

That’s [for] a side project that I have entitled Skellig, which are these kind of what I call “no-tempo songs” that are very atmospheric, and there seems to be a family of them, a cluster of them. That’s one. There are several more and I want to put them together in one place. It’s like a side project and I’m hoping that is also going to reach fruition next year.

There’s a lot that has to happen. I’ve got to finish album one, then I’m going to record album two—the Skellig album—which I’ll do in a very sort of old-fangled way, sort of all-musicians-round-one-mic type approach. It’s going to be about vocals and quietness.

I love that song, and I love the other songs that I’m describing now that are part of the family that it comes from. But they’ve just not found their rightful place on the record yet, so I’ve sort of made a bespoke environment where there’s seven or eight of these songs, and I’m going to record them all together at a certain time at a certain place, and hopefully the whole thing will cohere in a sort of really nice way.

How did the name Skellig come about?

It’s an island, one of the western extremities off the west coast of Ireland. It’s almost like the last rock before the Atlantic. The monks famously built these weird stone dwellings in a very sort of hand-to-mouth way, being close to God in a way that we can only barely conceive of.

They carved stone steps with their bare hands up this huge mountain of black, sort of volcanic rock, and built these weird huts and buildings at the top, and eked out a meager existence on this unlikely piece of rock hanging out in the Atlantic. It’s a very atmospheric place, and when my friend visited it and told me about it I wrote a song based on what he said. I haven’t actually been there, but I’m intending to make a visit.

Do you prefer performing alone or with a band?

I don’t have a preference. With a band, obviously you get to interact with the other musicians, there’s the thrill of going through something together and making the music live onstage. This touring on my own and using the sampler to loop my guitar, that’s a new thing, it feels very fresh. As long as it feels like there’s open space in which I can say something different. I get a bit bored if it gets repetitive.

I don’t have a preference for one thing or another, they both have their advantages. One thing I’ve heard about playing solo is it’s awfully quiet when you come offstage: There’s no one cracking open the beers; there’s just me.

Did you learn to play piano or guitar first?

Guitar. I did have piano lessons when I was young, but I had forgotten all that. Really I just learned it by ear a bit like I learned how to play the guitar, pretty much. And then once I was in a position to actually own a piano, that’s when the practice began to really kick in, and now I’m fairly able on the piano. I think it’s my favorite instrument, it’s an amazing thing.

Do you remember who put the first guitar in your hands?

Yeah, it was a present that my uncle made to my sister for Christmas. My sister got a guitar, I got a football. So I sort of eyed this giant thing, this acoustic guitar, and quickly took it for my own use when she wasn’t looking. That’s the first guitar that I played. I’ve still got it.

Do you find streaming services to be the enemy or an ally?

Whether we like it or not, it’s becoming the only show in town. Monetarily, it doesn’t bring much income. For all the millions of people streaming, billions even, you don’t see much money coming back. The old system of people buying records, you could see that it was worth spending 100,000 pounds making one because you were going to get the money back.

I think with some of these streaming services, their heart is definitely in the right place, they do care about music. But everyone’s just trying to be super-competitive, and we’re in a world now where it’s like tap —people don’t think they need to pay for it. That’s where we’ve ended up.

There are things about it that are exciting: for example, on The Best Of, there’s a track called “Only the Wine,” which has streamed a huge amount. It’s been somehow discovered, I presume playlisted in some way, and then people have passed it around. And now it gets a massive amount of plays. Somehow it’s become a track that has its own little story. So it’s an enabling thing in that way. People can pass music around, it’s like a giant common room at

Somehow it’s become a track that has its own little story. So it’s an enabling thing in that way. People can pass music around, it’s like a giant common room at school where you can give each other tapes. The monetary side of it obviously needs attention.

How do events like Brexit and Trump’s election shape your songwriting?

Well, we’re all glued together and painfully aware of these absurd and sort of abominable changes flung into our world. Within the wider context of being alive in a time that’s a challenge on many levels, it’s definitely going to affect me deeply.

Gone are the days of just sitting on the fence. If you don’t like the way it is, it’s time you tried to do something about it. That’s not to make some sort of grandiose political statement or try to tell everyone else the way it should be. I think putting one foot in front of the other, acts of kindness, acts of solidarity, acts of sanity. Do the simple things.

You can have a Donald Trump or a Nigel Farage, it’s hard to think that people can believe in them as people. As political entities, they’re not really saying anything. But clearly, the world is broken. Maybe democracy’s over in the way that we once knew it. I take it all very seriously. It affects me in the same way that it affects any other free-thinking person. 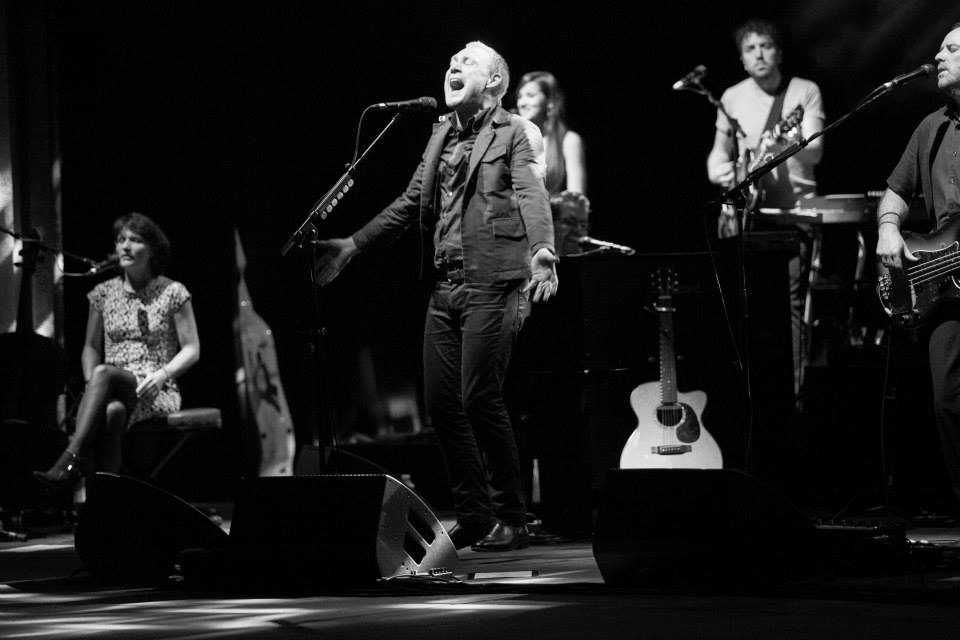