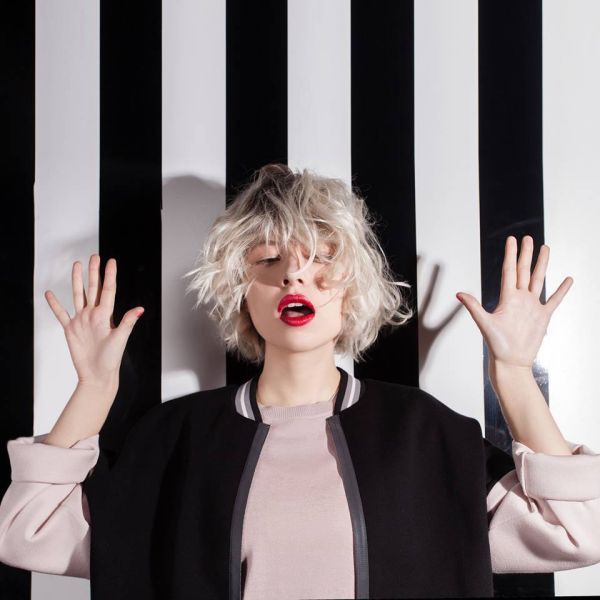 As we usher in the hustle and bustle of the holiday season, it’s also high time to welcome the flood of star-studded shows and New Year’s Eve concerts that highlight this busiest of months.

While Guided by Voices, Kamasi Washington and Titus Andronicus lead a field of high-profile shows on New Year’s Eve, it’s the truly under-the-radar gigs and festivals throughout the month that are the avant-garde essentials.

And even before 2017 officially rolls in, celebrate the holidays with this trio of cant-miss festivals: The Landlady Holiday Spectacular at The Bell House on December 10 featuring soul-jazz outfit Landlady (whose new record, The World Is A Loud Place drops in January); The 3rd Annual Dave Harrington (of Darkside with Nicolas Jaar) Friends Holiday Spectacular at Brooklyn Bowl on Sunday, Sunday, December 18; and minimalist godfather Phill Niblock’s Winter Solstice: 6 Hours of Music and Film at Roulette on Wednesday, December 21.

Besides those stellar shows, the entire month of December is a treasure trove of the weird. You know what to do.

Nearly 25 years have passed since Thalia Zedek—the bare-bones soul and heart-on-sleeve leader of blues-punk outfit Come—unleashed one of the seminal records of 1990s-era independent rock, 1992’s 11:11. Come’s drugged-out dirge masterpiece may have been overlooked in the frenzy over Pavement’s Slanted and Enchanted released that same year but 11:11 remains a touchstone in the Matador Records canon.

Come lasted another three records throughout the ’90s before disbanding (save for sporadic reunion shows over the years) but Zedek has never wavered, continuing to bark out her trademark, world-weary gruff wail and slow-burning riff barrage via her Thalia Zedek Band.

This year has been particularly prolific for the Massachusetts stalwart. Thrill Jockey has released not one, but a double dose of classic Zedek late-night barstool blues.

Back in June, Zedek showcased the subdued homegrown twang and violin-peppered countrified rock of her band’s Eve while, conversely, in bass-less trio E, who plays tonight, the noise-rock pioneer has found her vocal and guitar-dueling counterpart in Jason Sanford (Neptune).

Public access TV star and Dick Move Records chief BJ Rubin brings an iteration of his ingenious mind-fuck of a TV show to Greenpoint’s Park Church Co-op for an evening of both freethinking experimentalism and freakazoid hijinks.

For this evening’s festivities, Rubin is celebrating two brand new releases via his Dick Move imprint: City of God, a new work by the criminally overlooked serialist composer and Nebadon and American Liberty League mastermind David Earl Buddin and Binasu, the debut from the Moscow-based Kate NV.

Buddin, a chain-smoking beer hound who was named Best Composer by the Village Voice in 2012, is joined by violist and avant-jazzhead Jessica Pavone for the premiere of City of God, the fifth cantata in a cycle of six where his deconstruction of electronics-based breakneck speed complexities prove not of this earth. On the other end of the spectrum, Kate NV, in her American debut, takes her cues from both Laurie Anderson and ’80s Japanese pop and on Binasu, she explores sonically radiant poptones that fittingly exude the rainbow-streaked glitchy weirdness of Rubin’s own television show.

Helen Money at Trans-Pecos on Wednesday, December 7 with Psalm Zero and Bambara

An SST Records, punk rock obsessive who cut her teeth on Minutemen and Meat Puppets and, later on, had her life changed by Bob Mould’s 1989 solo debut Workbook, classically trained cellist Alison Chesley has explored myriad unconventional sound-worlds on her way to doom metal.

Now after a recent jaunt opening for progressive metal crew Russian Circles, Chesley is celebrating the release of the excellent and sonically heavier than thou Become Zero (via Thrill Jockey), a dissonance-bathed and piano-driven hybrid of classical music, metal and drone that was conceived in the wake of the death of Chesley’s parents with help from drummer Jason Roeder (Sleep, Neurosis), Rachel Grimes (Rachel’s) and collaborator and co-producer Will Thomas.

Alongside the Velvet Underground obsessives in Ultimate Painting, NYC-via-Texas art-rock riffmeisters Parquet Courts channel the slanted, enchanted and sloppy wiseassery of Pavement, Lou Reed’s unmistakable guitar tone and riffage and the spit ‘n’ vinegar of The Fall as they’ve climbed to kingpin status in the indie rock lexicon.

This year’s Human Performance, their third LP overall and first for the Rough Trade label, is already making the rounds on 2016 best-of lists, and rightfully so: their ratty, medium-fi earworms bleed infectiously hooky clang and clatter from the speak-sung school of the Modern Lovers as leader Andrew Savage waxes poetic angst over relationships, cops and the vagaries of life. Rounding out this incredible bill are dance-punks Guerilla Toss, ex-Sonic Youth’er Lee Ranaldo and Cleveland punks, X____X.

A guitar-pocalypse will set Gowanus aflame as a holy trifecta of six-string shredding godheads culled from the American Primitive, blues-rawk and free-improv schools converge to kick out the jams.

First up is the plywood crate-banging percussionist Rick Brown and econo guitarist Che Chen, the free-rocking core duo behind 75 Dollar Bill. The staunchly independent twosome have been cobbling together their lo-fi trance-rock since 2012, self-releasing cassettes and bashing out a racket on sidewalks and under bridges with on-the-cheap gear and a stash of homemade horns and contraptions picked from the garbage pile.

Earlier this year, Brown and Che rattled off WOOD/METAL/PLASTIC/PATTERN/RHYTHM/ROCK, a mind-frying, ritualistic splatter of Zen blues and Arabic and African music-influenced riff-rock repetition that shows the Bill expanding their lineup with sax, violin, bass and second guitar. Its shambolic, thrifty and jazzy guitarscapes drip of ecstatic hypnotism and is easily one of 2016’s best records.

Long-running kings of LES thug-riff rock and grizzled elder statesmen Endless Boogie have been MIA on wax since 2013’s Long Island but word has leaked that a new record titled Vibekiller is expected sometime in 2017. Here’s hoping tonight we get a preview of that new slab, as well as classic barnburners like “Smoking Figs in the Backyard” and “Takin’ Out The Trash” and the usual guitar heroics from the inhuman guitar solo machine, Paul Major.

“Cosmic Americana” purveyor and John Fahey and Michael Chapman torchbearer Steve Gunn headlines in support of his own 2016 gem: the highway chugger, Eyes On The Lines. Gunn, like fellow finger-picking aces Nathan Bowles, Daniel Bachman and Ryley Walker, is leading a class that’s given new life to folk-rock and Eyes On The Lines continues a stellar streak that began with 2013’s Time Off and 2014’s Way Out Weather.

Joe Carducci: Requiem for the Living Picture at The Metrograph (7 Ludlow Street) on Saturday, December 10 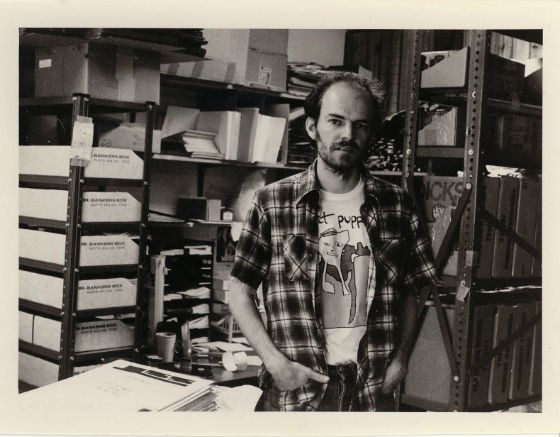 Not exactly a concert but few have made an indelible mark on American independent punk rock as Joe Carducci.

Legendary SoCal punk label SST Records—the DIY or die imprint known as the breeding ground for the Amerindie underground scene spearheaded by the likes of Black Flag, Minutemen, Hüsker Dü, Meat Puppets and Saccharine Trust—spewed out its fair share of life changers in its day.

Carducci was one of those cats.

During his tenure co-owning and operating the label from 1981 through ’86, SST was the real deal and those five years were its glorious heyday. On Carducci’s watch, SST was the launch pad for albums found on every best-of-the-’80s list, records that defined the punk rock and hardcore era: Black Flag’s Damaged, Minutemen’s Double Nickels on the Dime, Hüsker’s Zen Arcade, and Meat Puppets’ II.

In 1986, upon his departure from SST, Carducci moved back to his native Chicago with a focus on his original passion, writing screenplays. That was ultimately sidestepped as he played the role of music scholar and historian when he delved into the definitive history of rock music, Rock and the Pop Narcotic.

Later on, Carducci, via his own Redoubt Press imprint, would add to his canon by banging out Enter Naomi: SST, L.A. and All That (his poignant recounting of his SST friend and punk rock photographer Naomi Petersen, who tragically passed away from liver failure in obscurity in the mid-’90s), a book of his screenplays called Wyoming Stories and Life Against Dementia: Essays, Reviews, Interviews 1975-2011, the comprehensive Carducci collection of writings culled from his career arc.

As Carducci told the Observer earlier this year, it took a mammoth 25 years to complete, but Carducci is back with his latest opus, the Western film tour de force Stone Male: Requiem for the Living Picture. As the infamous “film book” he’s been talking about since completing Rock and the Pop Narcotic, his lifelong obsession with action film acting, film history and film lit is examined and dissected with a fine-toothed comb in Stone Male’s 400-plus page sprawl and all done in Carducci’s trademark meticulous technique and DIY style.

Now Carducci has made the trip from his Wyoming home base to visit New York City for the second time this year.

Fittingly, he’ll be at The Metrograph (7 Ludlow Street) wielding his Western film history expertise as he introduces two programs of two films by two Fords (John Ford’s The Quiet Man and The Man Who Shot Liberty Valance and Francis Ford’s The Invaders and The Bandit’s Wager). Afterwards, film writer Nick Pinkerton will play the role of conductor as he leads a Q & A with Carducci about the parts the Fords play in Stone Male.

It’s fitting testament to the never-say-die DIY ethos of both Aa (pronounced “big A, little a”) and ex-Parts & Labor electronics stabber Dan Friel that the two would be sharing the stage at Ridgewood’s Trans-Pecos, years after cementing themselves as ringleaders of the super-promoter’s rising pack of indie punk noiseniks.

In the early 2000s, Aa and P & L, alongside Liars, Black Dice, Oneida and a shit-ton of others, made the then-barren Williamsburg wasteland into a music haven inside deathtrap spaces, lofts, rooftops and basements. Aa helped lead that charge with its epic dronescapes and electro-damage jams before pulling a vanishing act after 2007’s GAame.

In 2014, the percussion-mad thwackers returned with VoyAager and the wait for its follow-up is already over. The just-dropped ZebrAa (via Fire Talk Records)—featuring nearly every drummer who’s ever played in Aa—explores the ecstatic polyrhythms, the sonic layers of plush textures and patterns, dreamy chants and synth splatter they sublimely built on comeback LP, VoyAager.

The Fall Into Winter music festival concludes its three-night run (it kicked off on 11/30) with a performance from free jazz heavyweights, pianist Jamie Saft, guitarist Joe Morris and clarinetist Daniel Carter.

Port Bou: an opera by Elliott Sharp at The White Box (329 Broome Street) on Wednesday, December 7

This year alone, the ever-prolific downtown guitarist Elliott Sharp collaborated with actor Steve Buscemi on Rub Out The Word, their homage to William S. Burroughs and legendary free jazz drummer Barry Altschul on Dialectrical by his Aggregat collective, and that’s just a taste. On the opera PORT BOU, Sharp takes on the heaviest of topics, presenting the last moments in the life of philosopher Walter Benjamin at Port-Bou in 1940 as he was fleeing Nazi-occupied France.

Cuddle Magic at Trans-Pecos with Mirah on Thursday, December 15

Dälek at The Studio at Webster Hall on Thursday, December 22 with Hprizm, Netherlands, John Morrison and Antipop Consortium

Long before Death Grips fused hip-hop with chaotic noise, there was experimental outsiders, dälek. After the departure of a key member resulted in a hiatus in 2010, the N.J. industrial music-inspired Noise-hop group—previously embraced by Mike Patton and his Ipecac label—returned with this year’s Asphalt for Eden released by metal label, Profound Lore. 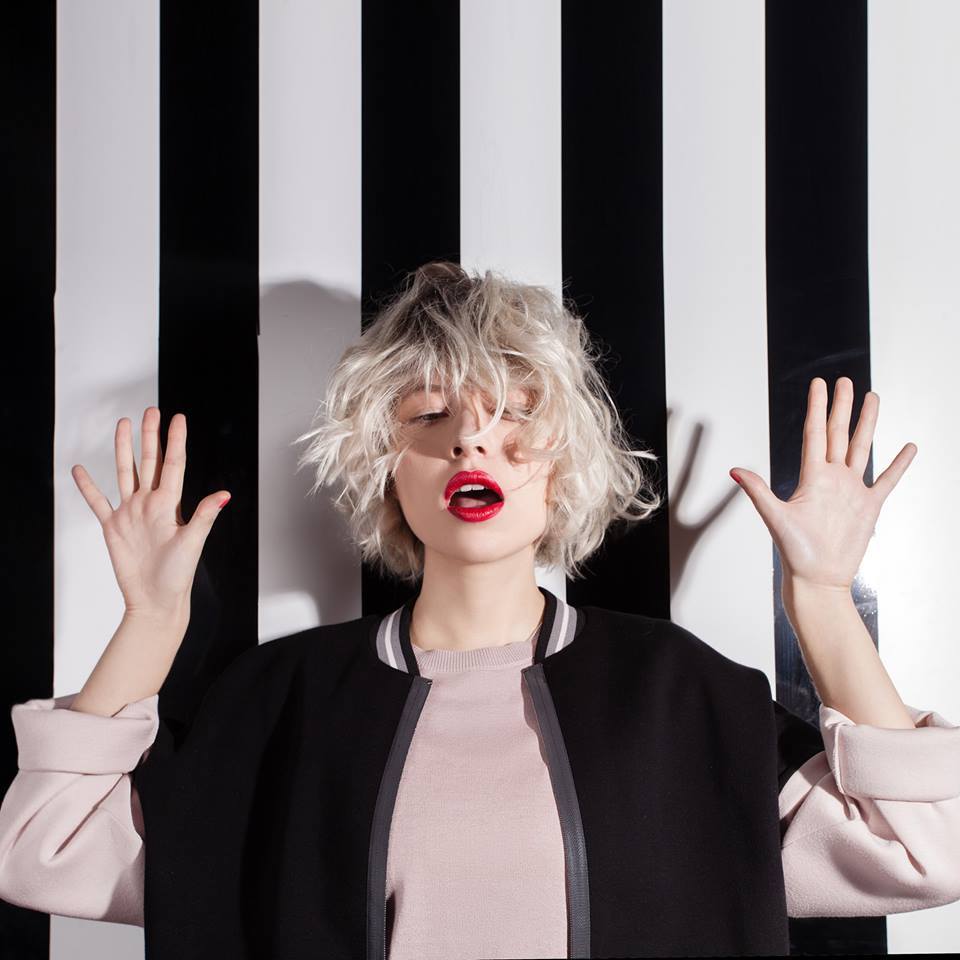