Brit Marling’s character is telling a story, and the screen shows it in flashback: “I didn’t want to give up, so I devised one last plan. If I couldn’t see my father, maybe he could hear me. I would play my violin in the underground until he stepped off a train, heard my song, and came running. And do you know? My plan worked. But it wasn’t my father who found me.”

“Then your plan didn’t work!” I shout at the screen. My co-workers look over. I try to explain. “She’s looking for her dad, and her plan is to play the violin in the subway station. And then she says, ‘My plan worked, except it was some other dude and not my dad.’ That’s not how plans work!” I am frothing at the mouth. I rip my headphones out, stand up, walk around my chair and sit back down.

“The OA,” one of my coworkers explains sympathetically to onlookers.

The OA. The goddam freaking OA. How I hate this show and how I love this show. I’ve become the Helga Patacki of my Netflix account, flipping between obsession and outrage. If someone with glasses was breathing heavily behind me while I was watching The OA, I would most certainly punch him out of misplaced frustration.

After watching the first episode, I had a full Word Document of questions. Questions like, “Why does this high schooler have a dog that he trained to attack people on the word, ‘Attack’?”; “So these people need to leave their doors open, but they have families. Won’t their families just shut the doors?”; “Why did Netflix decide to go with another little-girl-having-nosebleeds-centric plot?” and finally, and most importantly: “Why does everyone just sort of think it’s ok that this girl decided her name was The OA?”

That was the first moment I rolled my eyes at the screen. Brit Marling’s character, formerly known as Prairie, is pretending to be a step-mother in a parent teacher conference. She opens the teacher’s mind about how being a teacher means she should connect with her students, even the difficult students and stands to leave the room. “But wait,” the formerly bitter teacher says. “I didn’t catch your name.”

Here is what the teacher should say: “Oh, no sorry, haha, I asked for your name. You must have misheard me, because ‘The OA’ isn’t a human name.”

I am only three episodes in and there is already an infinite number of details that I want to scream about to strangers. This show is ambitious, sure, and well shot, and plot-driven in a way that makes you want to find out what happens next. Those are the good things. One more good thing is my celebrity crush, Jason Isaacs, without a blonde ponytail but still handsome/sinister.

Here are the bad things: interchangeable characters with plot lines that disappear seemingly at random. Dialogue in the style of Revenge of the Sith. Faux-profound statements. A final twist (yes, I read the spoilers) that verges on nonsensical.

So why do I keep watching it?

My favorite movie-going experience of the past few years, maybe of all times, was seeing Jupiter Ascending in the theater, an IMAX theater, at 3 in the afternoon. By the time the film let out a few hours later, we few random people scattered between the plush seats had shared an experience so intimate I’d compare it to being stuck in an elevator together. If you haven’t had the pleasure of seeing the film, I implore you to do so, soon, and with someone you care about. The plot is irrelevant. It has Eddie Redmayne, shirtless, who chose to deliver all of his dialogue in either a violent shout or a whisper, Channing Tatum as a dog-man hybrid in roller skates, and Mila Kunas as the reincarnation of a Space Queen who’s also Eddie Redmayne’s mother and the mother of this other guy who wants to marry Mila Kunis. It defies all logic and explanation and it is glorious.

Maybe that has something to do with why I can’t stop watching The OA. It is a swing and a miss on a colossal level, but oh, what a swing. Both Jupiter Ascending and The OA share a thread of DNA, a plot that you just know, at one point, made complete crystalline sense to somebody, but somewhere down the line (or more likely, when morning came) the smudges on the glass became apparent. They are filled with lines of dialogue that could sound profound or heartwarming if you don’t think about them too long, but I’m to distracted imagining the writer nodding and smirking at his computer screen. They forgo rational characters for convenient or dramatic plot developments, and cohesion for spectacle.

These are the works of art (yes, works of art) that remind us of what storytelling can be. Someone was once so passionate about them, that much is so obvious. It’s the earnestness that makes these movies and worthwhile, the completely lack of irony in a world in which everyone is ironic about everything. The goal was not adequacy—the goal was magnificence, and we get to bear witness to the valiant effort. It’s fun to live in someone else’s unpredictable and oftentimes insane fantasy, to watch actors deliver increasingly ridiculous lines that they had to be fully committed to, and it’s so much more fun that it gets to be a shared experience.

That, there, is the reason that I obsess about the gorgeous, ambitious, terrible films I’ve seen.

After Crimson Peak, I spent hours at a restaurant walking through every plot point with my comrades-in-arms, dissecting every scene and laughing until our sides hurt over how many times Mia Wasikowska said, “The ghosts are a metaphor.” My boyfriend and I have adopted the conversations between Padme and Anakin in the Star Wars prequels as our lingua franca (“You are so beautiful.” “It’s only because I’m so in love.” “No. No, it’s because I’m so in love with you.” “Then love has blinded you?” “Well, that’s not exactly what I meant.”)

And now, watching The OA, every five and a half minutes I can turn to Vinnie, who’s sitting at the desk next to me and who’s already suffered through the full series, with a look of disbelief and outrage. He understands. We are in this together. 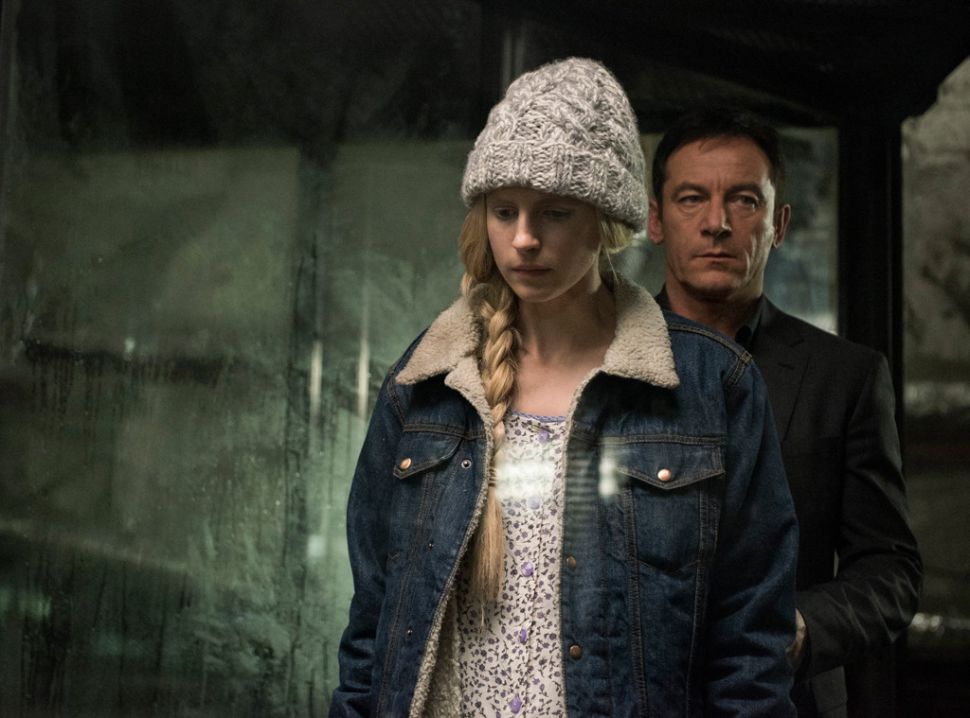