With the recent election of Donald Trump, there is no room for discretion, and it’s not just because I feel the president-elect spends a disproportionate amount of time breathing out of his mouth.

I’ve long made the assertion that rape is an act of terror in the tritely named “battle of the sexes,” that women who silence rape survivors and support rapists and abusers—indirectly or not—are committing “gendered treason,” and it’s time for us to rise up as survivors. I think women who have endured gendered violence of any kind are due for a soap box session. I think anyone who has endured a sex crime is due, and I realize in world of blurred lines that men and women alike have similar tales to tell and I think we all need to support each other.

I proudly serve as the finance director in the largest youth political organization in the world, the Young Democrats of America. I serve side-by-side with other women who have survived gendered violence.  Moreover, what makes me most proud, is that Young Democrats of America never silences a survivor and supports all survivors in utilizing their real world experiences for the empowerment of both the individual and the strength that their experience lends towards ending the war on women by revealing the true nature of what is actually happening.

With this recent election, I’m reminded of my father who survived all women’s war camps as a child in Indonesia under the Japanese in World War II. I think about my former students from my AmeriCorps year who I personally hauled out of gang enclaves and how I, to this day,  have street lit mentoring sessions with some of them to keep them on the right path—to keep them safe. I think about the stories about women my father saw in those camps and how they were forced to have sex, and how that shaped his sense of feminism. I think about the women my former students will be. I think about the woman I have become—a woman I am proud to be—a woman who has survived, who succeeds and fails just like a woman who wasn’t attacked at all.

However, I have been warned away from politicizing my past experiences, in particular, in politicizing the fact that I—a friend, a colleague, a sister, a daughter, a writer, a scientist, a friend, a parishioner—was raped when I was 17. The people who warned me are people who I respect—people who care about me and wish nothing bad to come my way. Given the current political economy, I can’t say that I am willing to heed these warnings, though I appreciate the thought and am grateful for their care.

The main problem is this: in writing a stance on the issue of rape as an insider, as a survivor, I will likely invoke the same response as an average sized woman doing a nude spread, which is ridiculous. Some of you will feel I am uncouth. Some of you will commend me for being “brave” and some of you will psychologically inscribe a scarlet “R” on me, as if the problem is with me, as if I have a desire to boil bunnies or will cry uncontrollably if any song from the Twilight soundtrack is played. My response to this is that discomfort-spawned reactions are really “a you problem” and not “a me problem.” But in the recent election? This flawed ethos has become “an us problem.”

By silencing women who have survived and treating them as if they are broken—you let the gender terrorists win—and guess what? They are now in the White House…They made it. Experiences matter and in allowing men like John McCain to discuss torture from an experiential standpoint strengthens the argument against its use, then it seems legitimate to do the same with gendered violence from both a policy standpoint as well as a political standpoint.

Donald Trump is an accused rapist—and yes, I realize that he has not been convicted, unlike his friends.  However, despite Breitbart’s past publication that girls can’t do math, I’ve been acutely aware of the rape statistics.  At least one in four women  experiences a rape attempt or a completed rape, yet fewer than 5 percent of rapists get convicted and sent to jail. That means out of 1,000 rapes, 6 rapists will be incarcerated. Often, sentences for convicted rapists are less than a year, as we saw in the Stanford rape trial.

This is only a hypothesis, but I bet there aren’t any currently imprisoned billionaire rapists in the U.S., though Trump’s pedophile friend did serve about 13 months. Is it any wonder why women have stayed quiet, thus far?  With the current administration focusing so heavily on what women do with their bodies—or what consenting people in general do with their bodies—this already low number will likely decrease.

In Congress, women are not represented proportionately, given their percentage of the population. If one in four women experiences sexual violence, that’s clear indication that barriers to power not only  prevent women from gaining power generally, but that women who have experienced gendered violence are prevented from gaining power, in particular. This certainly supports the “act of terror” model of sexual violence, doesn’t it?  Rapes are acts by extremists that serve to control the behavior of women as a group, by instilling fear.

And it only stands to get worse. In a grab-them-by-the-pussy America, where does this leave us? Aren’t we as women afraid? We don’t let our legs catch air on a hot day…we avoid eye contact on a train…we wear nail polish to test for date rape drugs…We even don’t feel it’s safe to say that we’ve survived, when surviving is noble—and speaking is brave.

With an accused rapist in the White House, narratives about female experiences can shift in a wholly dangerous direction. With this in mind, it’s imperative strategically for all progressive groups to band together: health care, LGBTQ rights, civil rights and equitable distribution of services. We have overlapping agendas. No lines drawn between us are solid.

My father, who is a feminist, raised me with this idea: Good men do not drink beers with evil men. Members of the incoming administration have perhaps done too much with too many evil men. With this in mind, I still don’t want to shake hands with, break bread with, or negotiate with gender terrorists. We as survivors must speak up, and generations of women and men alike, who deem vocalizing true experience unsavory, must nevertheless allow us to give this fight a try—to trust us. Muddying waters with respect to rape by the White House is a danger to women, aside from discounting the pain we’ve experienced for millennia.

There are practical consequences. Hospitals bid on contracts for rape kits and counseling services paid for with public money, so a mercenary aspect can creep into the dynamic. The lack of an insider’s perspective on what is a public health issue becomes irresponsible and divisive. Silence hurts those most who are bound by it, leaving the stakeholder—the person raped—with the most to lose. Any and all disenfranchised groups who are forced into quiet, closeted spaces are trapped. Silence itself protects the abuser, and that’s dangerous. Victims of rape, male and female, need to keep speaking out—need to disrupt the status quo. Regarding the side that speaks to the better angels of our nature, I propose a full condemnation of the behaviors of any and all individuals willing to rape by the incoming administration if they stand to be taken seriously. I call for those ready to speak to speak.  I call for those who are unready to listen to start, as painful and arduous as that may be. I also cannot contend that a woman’s vote for Trump is a gendered treason per se. In that regard, I am prepared to listen too because we are, indeed, stronger together.

Nonetheless, I offer a gentle reminder: it used to be legal to beat your wife, to rape your wife and imprison your wife in a mental institution. With so many of our true narratives under attack, the antiquated notion that the topic is not for public consumption remains null and void. In a grab-them-by-the-pussy-America, the only good that’s come from Trump’s utterly disgusting banter is that we, as women, have a lot more room to make known what’s made us so desperately uncomfortable over the years. I guess for that I can say “thanks.” Because the silence has been deafening. See you on the Hill…


Koren Frankfort is the finance director of Young Democrats of America. She holds a Master of Science of urban policy and management.


Disclosure: Donald Trump is the father-in-law of Jared Kushner, the publisher of Observer Media. 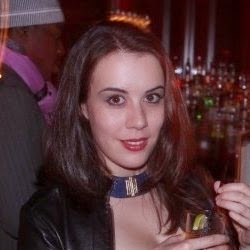