In Stockholm’s Nicolaigarden pre-school, the teachers do not read Snow White and the Seven Dwarfs to the students. Rather, its library holds children’s books that show different types of heroes and a diversity of family models (including those with single parents, adoptive children, and same-sex parents).

Titles include One More Giraffe, about two giraffes caring for an abandoned crocodile egg, and Kivi and Monsterdog, whose protagonist, Kivi, is a child of unspecified gender. The idea is to present a more diverse and realistic image of the world kids live in and to avoid representations that reproduce gender stereotypes.

They present a stark contrast to classics of children’s literature, such as Snow White and the Seven Dwarfs, which has recently come under scrutiny for the way it portrays women and, to a lesser extent, men. The heroine is naïve (she is tricked by her stepmother twice) and lacking personality (she has to be told what to do and not to do by the dwarfs), while the evil stepmother is obsessed with beauty.

Prince Charming, sweeping in at the last minute to save his future wife, is only attracted to her physical appearance. This is clear because she is thought to be dead when he first sees her.

At Nicolaigarden, teachers don’t just avoid tales such as that of Snow White. The pre-school is one of five that are rethinking their entire pedagogical approach to ensure equality between genders. Egalia, perhaps the best known of the group, has had numerous documentaries made about it in recent years.

Gender-neutral pedagogy is the latest trend in trying to remove gender bias in education, along with other initiatives such as single-sex schooling. And the efforts of Scandinavian countries have lessons for everyone when it comes to gender equality in education.

Sweden consistently ranks as one of the world’s most gender-egalitarian countries in the world, as do its Scandinavian neighbors. According to the World Economic Forum’s 2016 Global Gender Gap Report, Iceland, Finland, Norway and Sweden have had the most success at closing the gender gap. That’s the “gap” prohibiting full equality between men and women in education, health, the economy and politics.

Although some have questioned their inclusivity, Scandinavian countries’ success in working towards gender equality has been attributed to the efficiency of policies tackling the issue.

In Sweden, for example, the 1998 amendments to the Education Act called for schools to adopt “gender-aware education” guidelines. These suggested that it was the schools’ responsibility to provide children with equal opportunities regardless of gender, to work against sex-based discrimination and to “counteract traditional gender patterns”.

To implement the guidelines, Nicolaigarden teachers filmed their interactions with their six-year-old pupils, and realized that they acted differently with boys and with girls.

Come recess, they let the boys run into the playground, while asking girls to wait patiently for help zipping their coats. They spent more time comforting girls who had hurt themselves, while quickly exhorting boys to “go back and play”. The results were a wake-up call for teachers, who considered themselves proponents of gender equality.

Under director Lotta Rajalin, Nicolaigarden school staff developed a gender-neutral pedagogy with the goal of insuring no child is limited by gender expectations.

All children are given equal access to a variety of games, toys and costumes, in the same play space. Library books present strong male and female protagonists in similar proportions. Hiring practices encouraging male applicants have led Nicolaigarden to have up to 30% male caretakers, the highest rate for preschools in the country.

Schools also aim to use gender-neutral language, to avoid gendering whenever it is not necessary. The pronoun hen – a genderless alternative to “hon” (she) and “han” (he) – is one of many ways to refer to children, along with the word friends, or calling them by their first names. Other preschools in Stockholm have also adopted these inclusive guidelines.

The Scandinavian model of gender equality in schools is not limited to gender-neutrality initiatives such as the ones developed at Nicolaigarden or Egalia, nor to young children.

The Macho Factory program (Machofabriken) provides schools and associations with training aimed at 13- to 25-year-olds. Its objective is to help them question prevailing gender norms and to break the association between masculinity and violence.

The program is based on 17 short films providing participants and educators with a basis for discussing the downsides of hegemonic masculinity.

The short film På golvet (On the floor) is presented first in the training session. The boxes in the film represent society’s expectations of how men should behave.

Like the adolescent in the short film, teenagers tend to adopt gender standards without questioning them, boxing themselves in with conceptions of masculinity or femininity they haven’t necessarily chosen. By highlighting the social construction of masculinity, Machofabriken gives teenagers the tools to question how limiting dominant gender norms can be.

The models put forth by schools such as Nicolaigarden and Egalia, or in programs such as the Macho Factory, underscore the very real problems documented by studies on the different school experiences of girls and boys.

Decades of research based on classroom observations indicate that teachers interact differently with boys and girls, though they’re convinced they give them equal treatment. They call on boys more often, involving them with new learning materials and giving them extensive feedback. They turn to girls when it comes to social topics or support learning, having them repeat what has been previously discussed. Even nonverbal teacher behaviors, such as smiles, have been shown to favor boys over girls.

Teachers are not explicitly trained on gender socialization, and it shows. Such gender biases penalize all pupils. According to a 2013 study, teachers’ gendered assessment of their students worked both in favor and against boys.

Teachers’ gender biases also do girls a disservice. If teachers consistently expect girls to be good, they may not pay attention to those with behavioral problems, or act more harshly toward them.

“Our kids are not neutral”

Still, initiatives to create more gender-neutral environments for kids often receive ferocious criticism. In 2015, for instance, the US-based chain Target decided to remove gender divisions from their toy sections, opting instead for classification by type of toy (such as construction or costume). Evangelical Christian Reverend Franklin Graham responded by saying, “Our kids are not neutral, they are boys and girls as God has created them.” He asked his followers to boycott the stores.

In France, Système U stores launched a Christmas publicity campaign called Noël sans préjugés (Gender Free Christmas) in 2015. It presents children explaining on camera how they know if a toy is intended for boys or for girls.

This ad, televised nationally, put the chain at the center of a Twitter storm in December 2015, with hashtags #NoëlSansSystèmeU (Christmas without Système U) and #BoycottSuperU proliferating.

Detractors against gender-neutral initiatives tend to say things like a child is either a boy or a girl, and this difference should necessarily come with distinct preferences.

Between the lines, one can discern a certain apprehension that these initiatives might encourage homosexuality, especially in young boys. “A little boy who plays doll and wears makeup isn’t shocking to you? Well it is to me! Wake up, for Pete’s sake” read one Tweet after the 2015 Système U campaign.

Other comments suggest such initiatives cause damaging gender confusion. This is clear from these tweets about Egalia’s work: “Pathetic, but mostly sad. So a child is no longer a he or a she, but a this?” and “We are talking about experimenting on an entire generation of kids. I can’t help but think we will raise a lot of confused individuals”.

Such comments fail to acknowledge that these initiatives no more impose a model than does regular store signage indicating that one set of toys is appropriate for girls and another for boys. They are no more confusing than someone who’s expected to act a certain way that just doesn’t feel right.

Part of the success of the so-called Scandinavian approach to gender equality might lie in its willingness to question and uncover everyone’s role in imposing gender expectations on others.

Gabrielle Richard is a researcher at the Université Paris-Est Créteil Val de Marne (UPEC). This article was originally published on The Conversation. Read the original article. 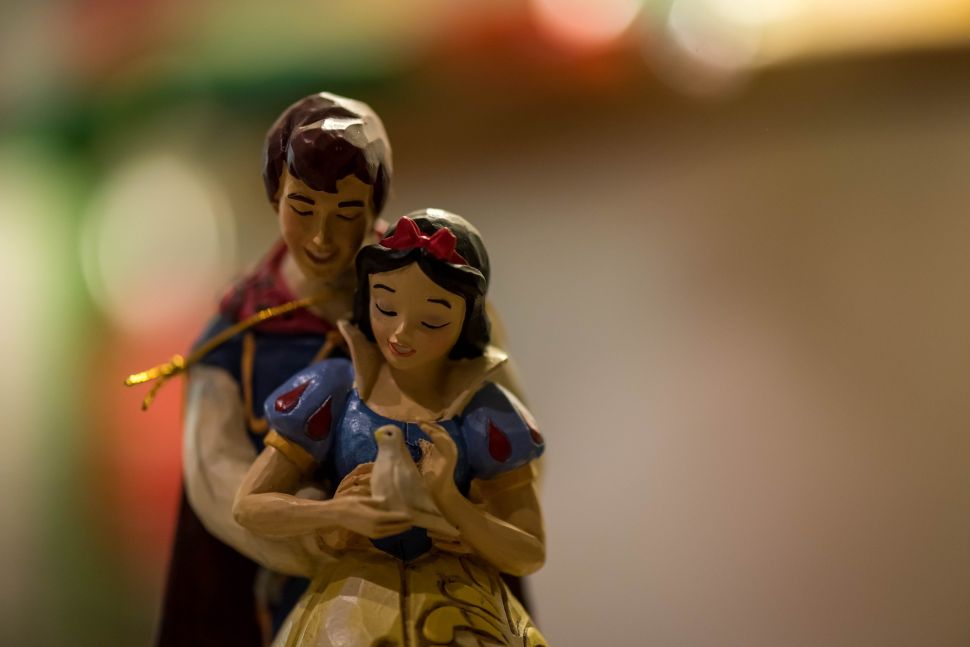