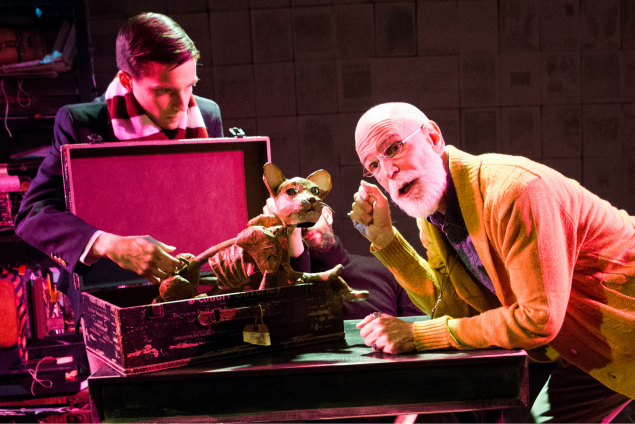 Edward Gorey (1925-2000) was an eccentric oddball who enchanted generations of fans with a cornucopia of mini-sized books written in the style of fiendish limericks about sinister guests, doomed children, damsels in the throes of distress and other aberrations. A master of the mysterious and the macabre, he concocted grim tales with gruesome glee, producing 100 books and providing illustrations for almost the same number of tortured tomes by other dolorous authors. He was also a scenic designer of great wit and guile, best known for his visually creepy but exquisitely artful sets for the 1977 hit Broadway production of Dracula with Frank Langella. Everything onstage was black and white, except for a splash of blood, a glass of red wine and one red rose. He also drew the pen-and-ink introduction to the PBS series Mystery! While the voice of Vincent Price welcomed viewers to “Gorey Mansion.”

Much of his stylish mendacity can now be enjoyed in a new Off-Broadway show called Gorey: The Secret Lives of Edward Gorey, produced by the Life Jacket Theatre Company at the Sheen Center, 18 Bleecker Street. Written and directed by Travis Russ, it’s an intriguing lure into the unhinged world of an erratic queer potato, not unlike a friendly invitation from Jack the Ripper to explore a squalid, unlit alley in London after midnight. Based on Gorey’s own words, culled from his diaries and journals, as well as the few rare interviews he granted in his 75 years, the play encourages you to roam through the set—a replica of the cluttered house in Cape Cod, circa 1800, where he lived and died—before and after the show. Amid the clutter he left behind, curiosity-seekers found a trunk containing 300 pounds of rusting metal objects, the limb of a magnolia tree growing through the wall, a collection of black and white photographs of dead babies, a stack of pop records by Lesley Gore and videotapes of ghastly TV sitcoms as well as the complete series of “Petticoat Junction” and enough piles of rotting newspapers on the floor to make Grey Gardens look austere.

The text is comprised of tales about his life and work, some factual and others boasting of poetic license, with Gorey himself played by three actors of different ages—Andrew Dawson, Aidan Sank and Phil Gillen—who represent the artist at varying stages of his life. You learn a lot, about his disdain for holidays, his lifelong infatuation with ballet master George Balanchine, and what happened when, famously reclusive, he gave in to public demand (and his own trepidation) and appeared, with disastrous results, on The Dick Cavett Show. There are film clips, slides of him in various bizarre poses wearing his trademark fur coats and tennis shoes—a cross between Truman Capote and Charles Addams—and excerpts from some of his masterpieces, such as The Unstrung Harp, The Deranged Cousin, The Hapless Child, and my favorite, The Fatal Lozenge. They are all collector’s items. It’s hard to catalogue his vast literary oeuvre because he wrote so many books under pseudonyms that included Ogdred Weary, Wardore Edgy and Mrs. Regera Dowdy. When he died, he left his estate to a charitable organization dedicated to the procreation of bats and bugs, but a cult following has developed around him, and his home has been turned into a museum, which is one of the few places you can find obscure works like The Galoshes of Remorse, The Haunted Tea Cosy or The Gashlycrumb Tinies.

The cast of Gorey reveals a few intimacies about his inability to find love, his miserable failure as a soldier, his attempts to turn Madam Butterfly into a puppet show, but with three men playing the same role, the play sometimes seems muddled and lacks focus. Still, at 75 minutes with no intermission, it’s an easy-to-take evening about an offbeat individual who could easily be called the American Lewis Carroll that is fascinating enough to make you want to learn more. 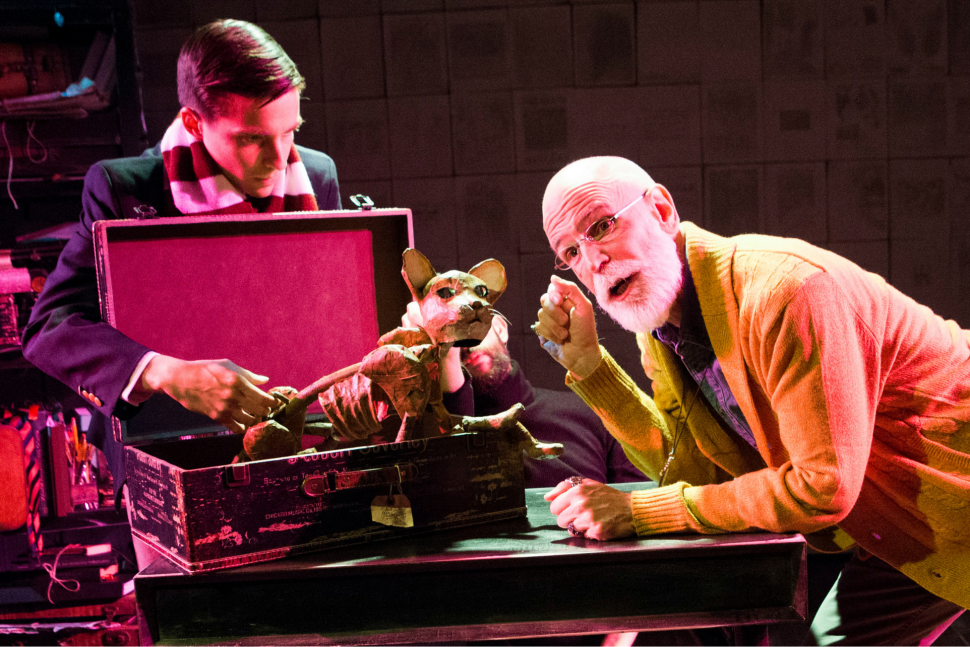