If you’re one of those people who likes to be an early adopter of trends, this one’s for you. We have a feeling that these ultra loud iPhone cases from Wild and Woolly are going to be the next big thing. Just look at them, and try not to picture yourself toting around your cell phone in a literal cloud of fur. Bryanboy is already a huge fan.

Introducing Wild and Woolly, a brand that may have invented the coziest phone case on the market, as it’s made with 100 percent authentic fur. Basically, it will make your phone look like a cuddly creature, swathed in a pastel pouf of long fox fur or bright pops of plush sheared beaver fur.

Wild and Woolly’s founder, Nina Cheng, decided to make just one fuzzy phone case for herself, after shattering her phone one too many times. She couldn’t find what she wanted, in the high quality she desired, so she simply glued fur to a plastic phone case, et voilà, she had her first prototype. “I took it out on a Wednesday night and the moment I went into a public place, people came up to me asking where they could buy the case. Within an hour I had my first sale,” she admitted. At that time, Cheng had no intentions of starting an accessory line—she was still working in finance, while attempting to get a tech startup off the ground with a few friends.

But the demand for her fuzzy creations kept rolling in. “People were chasing me down the street to ask about them; I had a girl recently, at the opening night gala of the Philharmonic, run through a crowd to ask me what it was and if she could get one.” Once she started focusing on streamlining her design process, the brand really came together; though it took five months of research and three industrial designers to get it right. That’s when Cheng decided to leave her job to focus full time on Wild and Woolly.

These fuzzy creations are now manufactured entirely in the U.S. The plastic cases are being 3D printed in Brooklyn and the rest of production is based in Manhattan. All the fur used for these designs is ethically sourced, some coming from Saga Furs, a top auction house based in Helsinki that has world renowned standards. Cheng also buys pelts from the Yupik Eskimo village, which is located in Alaska just five miles from the Arctic Circle. “Their entire income for a year comes from this fur, which takes a year to produce and it’s all done via their aboriginal methods,” Cheng disclosed. “They use the meat for food, they dye the fur and transport it via snowmobile.”

For now, these cases can be purchased at Opening Ceremony in both New York and Los Angeles, in addition to Browns in London. Wild and Woolly also sells their cases on their own site, alongside fur hoop and stud earrings. For the girl who is unafraid to don a big fur coat in the winter, this is a must-have accessory. And if anything, at least it will keep your fingers warm as you text your way through the winter. 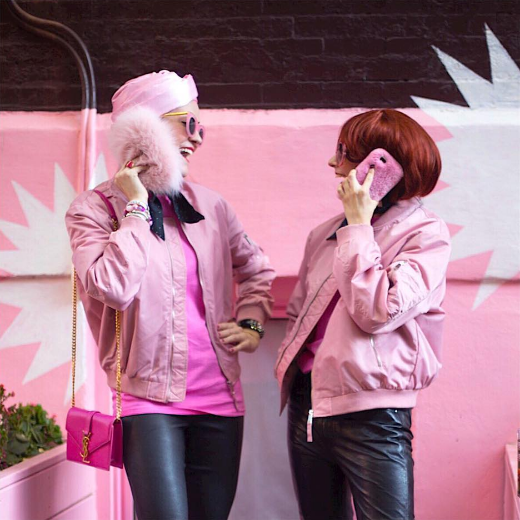