I’ve listened to many different podcasts over the last few years and have generally found them as a whole to be remarkably similar to commercial television—that is, 90 percent somewhat mindless and boring, with the other 10 worthwhile and interesting. Too many are the simply standard, 30- to 40-minute interview format, where someone pitches their latest product, and nobody gets deep into anything. It should come as no surprise that the ones I keep coming back to are The Joe Rogan Experience, author Tim Ferriss’ show, and the Cracked.com podcast. All run for at least an hour, during which you’re actually going to learn something worthwhile, and be forced to think.

There is one podcast, however, that is so good I’m compelled to write an entire article on it. I feel as though anything less would do it a disservice, because recommending it to a friend, my Facebook friends, or even my Twitter following just wouldn’t be enough.

I’ve heard people recommend Carlin for Wrath of the Khans, which was a five-part, 16-hour odyssey chronicling the Mongol conquest of land under Genghis Khan and his heirs. It’s utterly compelling, and transports you to a different time and way of life that is completely foreign. After listening through the series, you are left with the knowledge that all the events we are taught in history class are somewhat minor in relation to just how much the Mongols changed the world.

But while Wrath of the Khans is cause for most of the recommendations of Hardcore History, the series that compelled me to write this article is one that was released more recently, entitled Blueprint for Armageddon. Wrath was a fascinating, in-depth look at the Mongol conquest of Asia and Europe, but those events were so long ago that it’s a touch difficult to relate. It’s at historical arm’s length. Blueprint for Armageddon, on the other hand, deals with events much closer to home in terms of history: the Western Front of World War I.

As someone who has studied history at both the high school and university level, even for those of us interested in the subject, source material and texts are often dry and difficult to make your way through. Much of what you need to know is covered on a macro level with regards to dates, personalities, motivations and politics of the time. Much of the “on the ground” detail is missed—I recall being told that life in the trenches were miserable, that it rained a lot, there were rats, and the soldiers put up with “trenchfoot.”

‘Blueprint for Armageddon’ is not just about gratuitously horrifying the audience.

Carlin is a master storyteller. While displaying emotion he is never gratuitous, and he doesn’t have that misplaced excitement over the boys’ toys that so many with an interest in military history do. He has an unmatched ability to make you feel as though you are right there watching it all unfold—putting you on a horse with the Mongol hordes, or in the fetid landscape of the Battle of Verdun.

It’s a way of learning history that isn’t just a lesson, it’s an experience—one that leaves me wondering if we aren’t teaching history wrong in schools. I don’t ever recall a textbook telling me that entire areas of the Western Front, such as Verdun, were so heavily shelled during the conflict that they are still completely closed off, and will be for hundreds of years. Not only are they full of spent and unexploded ordnance that could send a human a hundred feet vertically, but the soil is so contaminated from the shelling and gas that anything that’s lucky enough to grow there will have arsenic levels approaching 17 percent. Even the ground itself is still in craters a hundred years later.

More than anything, Carlin begs us all to ask the question of how our species so continually butchers each other, and the fact that ordinary men allow those in power to keep making us do it. The horror of seeing ISIS decapitate prisoners matches the horrors you will hear about in Blueprint—masses of dead men on a muddy field, decomposing in hideous positions caused by artillery explosions because they couldn’t be moved for months at a time is something no human should witness or smell. Having to put a bullet through your comrades head because he is slowly sinking into mud that you can’t get him out of is something that happened no doubt hundreds, possibly thousands, of times during the conflict. It shouldn’t have happened once.

I’ve rarely felt so emotionally affected, be it from a movie, a book or any form of media as I was after listening to Blueprint for Armageddon. Carlin’s storytelling skill and the incredible body of research combine into something that is part education, part entertainment, part art, but wholly and completely epic. I’d love to say that the 24 hours worth of content in the series will keep you occupied for quite some time, but the truth is that it will be the opposite. It is so compelling that you’ll find yourself taking any chance you can to listen to it, and you’ll find that, rather than taking you weeks to get through, you’ll be finished in days. You’ll then be looking for the next of Carlin’s work. I think I’m going to go with Ghosts of the Ostfront, which details the Germans versus the Russians in WWII.

Blueprint for Armageddon is not just about gratuitously horrifying the audience. It’s not a day of talking only about dismemberment and chlorine gas attacks. Carlin presents the geopolitics, the history behind the history, the accounts of the generals, the politicians, and the common man on the ground into a coherent, well-paced, and incredibly detailed experience that will leave any listener more educated on the war, and hopefully a whole lot wiser.

The other thing unusual about Hardcore History? Most of it you have to pay for. Not much, mind you. Wrath of the Khans costs all of $9.99—not bad for 16 hours of content. Most people will be immediately turned off, because they have gotten too used to everything being free on the Internet. This isn’t just a podcast, though, this is a masterpiece. Carlin is giving it to us cheap, so jump in before he comes to his senses and raises the price. Better yet, Blueprint for Armageddon is currently free, and there is no better podcast series with which to begin your history education. 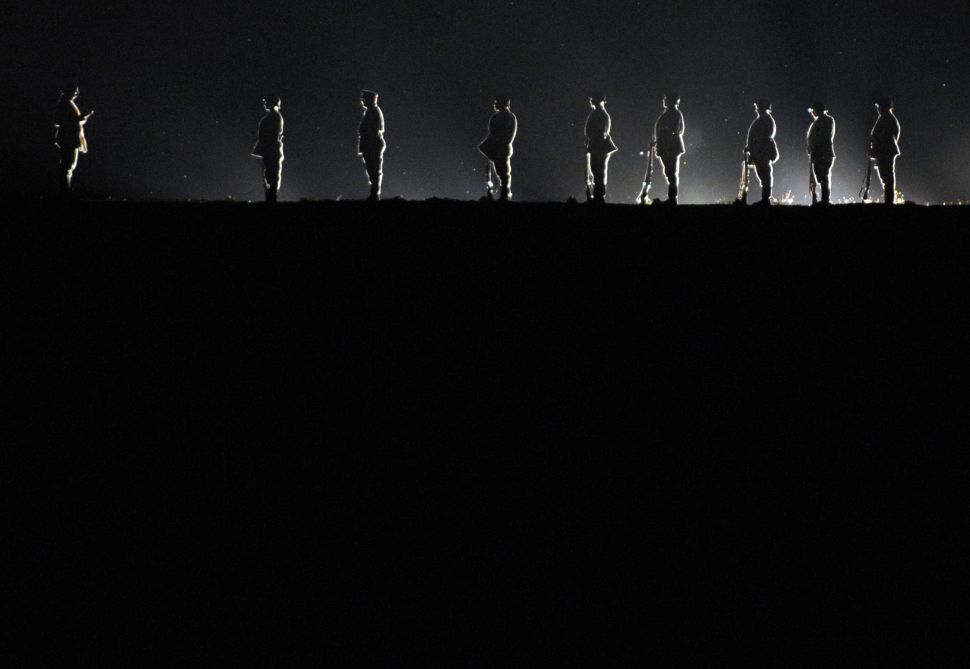