Congresswoman Carolyn Maloney—whose district includes Trump Tower, President-elect Donald Trump’s residence and headquarters—won’t tell her most famous constituent where to live, but demanded that if he chooses to stay in Manhattan it’s time to implement a “different traffic plan around it.”

The NYPD has assigned nearly 50 traffic agents and cops per shift to manage traffic flow from 53rd to 57th Streets between Fifth and Madison Avenues. Maloney, a Hillary Clinton-boosting Democrat who represents the Upper East Side and parts of Brooklyn and Queens, stressed that it is not her place to tell Trump where to live and conduct his transition, but that if he wants to stay in New York, another solution has to be considered for the sake of easing the burden on New York City residents and area businesses.

“I am not in the category of telling the president what to do but I think if he continues to live there, they’ll have to do a different traffic plan around it,” Maloney told reporters at a press conference announcing the upcoming opening of the first phase of the long-stalled Second Avenue Subway. “It’s too—you know that over 10,000 people go by Trump Tower every hour? It’s just a huge security and traffic challenge and I think that if he decides to live there, they’re gonna have to [change the traffic plan].”

A spokesman for the Trump campaign did not immediately respond to a request for comment.

Maloney and fellow members of New York’s House delegation have joined de Blasio and O’Neill in lobbying Washington to reimburse the city $35 million for protecting the president-elect and his property between Election Day last month and his inauguration in January. The NYPD commissioner has warned that the full-scale security effort is drawing resources away from other parts of the city.

But the short-term spending plan the Republican-dominated House passed earlier this month only included $7 million for New York City, just enough to cover police overtime. Still, both Maloney and the mayor have maintained their faith that Trump will ultimately side with the city, given that it is his hometown and that he “has respect for the NYPD.”

Upper Manhattan City Councilman Ydanis Rodriguez, chairman of the Committee on Transportation, has called on Trump to take his unofficial transition headquarters to the “nice weather” of his Mar-a-Lago resort in Florida so as to ease traffic congestion. 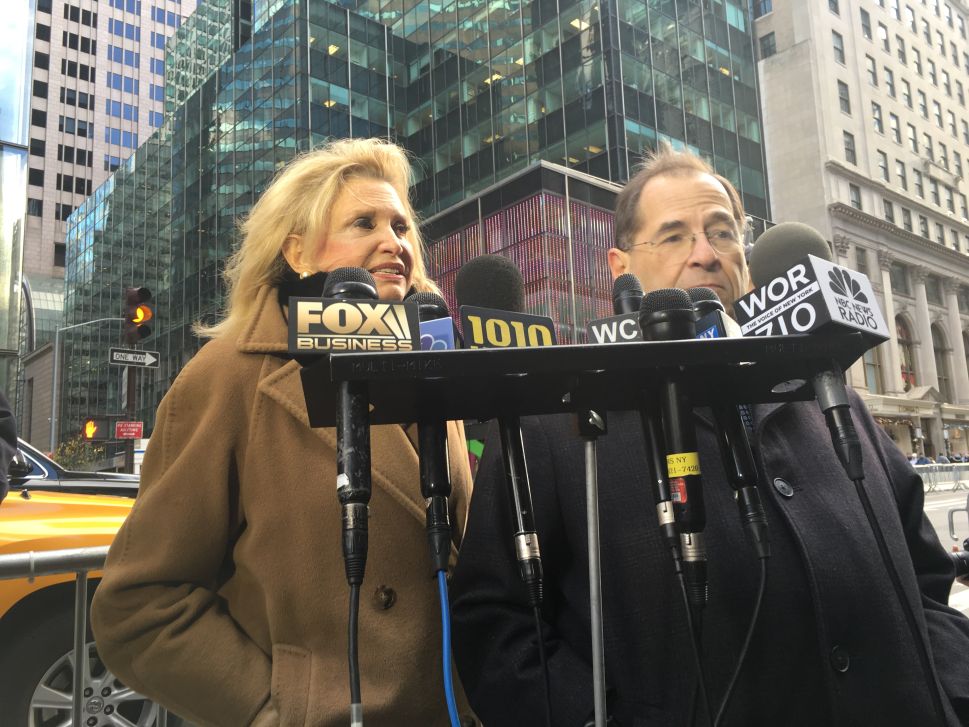