Once again, we here at tvDownload forwent the traditional “Best of” lists for television, and instead are taking things yearbook-style: we’ve asked several contributors to help us pick shows, characters and actors that fit into the superlative model, and will be rolling out the awards through the holiday season. Today’s nominees are for Best Bromance, Biggest Drama Queen and Most Likely to Succeed.

DREW GRANT: Nothing was shipped harder than Eddie Nygma and Oswald Cobblepot on Gotham this season. Why even bother pretending there are runner-ups in this category? As far as I know, they are the only two guys on TV who have actually referred to one another as a friend. With the exception of maybe Greg and Josh Chan on Crazy Ex-Girlfriend.

Actually, I would like to change my answer. I forgot about this song:

NOAM COHEN: I think I may be the only person in America who watched Dirk Gently’s Holistic Detective Agency, but Todd and Dirk have this category wrapped up. (Mostly because Eddie and Oswald are totally disqualified)

TOM BATTEN: This year, The Americans saw the friendship between secret KGB operative Philip Jennings and FBI agent Stan Beeman tested due to Stan’s jealousy over Philip attending EST seminars with his ex-wife, but these two curly-haired suburban sad sacks still managed to bro down and bond over their shared love of sweaters and deep, deep despair before the season ended.

NICK ROSS: Robbie Reyes/Ghost Rider, Marvel’s Agents of S.H.I.E.L.D. These two were inseparable and every time they were together, things definitely got hot (ugh I hate myself).

VINNIE MANCUSO: Jonathan Byers and Steve Harrington from Stranger Things, post-monster fight. I’m a firm believer than nothing brings two high-school aged dudes together like realizing you’re in love with the same girl, and then teaming up to defend that girl against an inter-dimensional dragon-monster. Like a month after the events of Stranger Things season one, I guarantee Steve broke up with Nancy and started an indie-rock duo with Jonathan. Guarantee it.

EMMA FRASER: Ravi and Major Lilywhite are super tight as roommates on iZombie and their IRL relationship on Instagram is anything takes the bromance levels to new heights. In fact, the whole cast seems to dig each other and I am here for it (and Robert Buckley’s wolfie onesie).

JAKE FLORES: Gilmore Girls: A Year In the Life. Not the show, but rather the legions of dudes who love it. Gilmore Girls brings men together. Who knew that 2016 would be the year that 30 year old men playing poker, drinking whiskey, and tattooing each other’s backs would finally confide in one another that they wished they lived in Star’s Hollow and spoke in fast plucky dialogue with their moms. Masculinity is a prison.

VINNIE MANCUSO: Oliver Queen, Arrow. I bet you’re like, “Oh, haha, because his last name is Queen.” No. Oliver Queen needs to chill. One time The Flash told Oliver he was having a rough week, and this was Oliver’s immediate response: 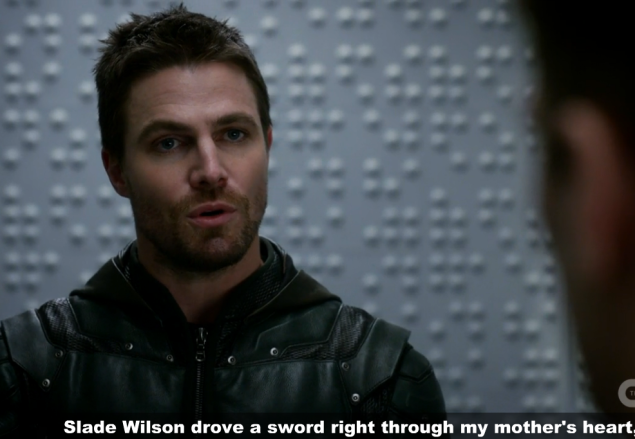 Not a competition, Oliver!

TOM BATTEN: A decade playing an anguished wiener on Friends turned out to be a great warm-up for David Schwimmer’s turn as anguished wiener Robert Kardashian on American Crime Story: The People V. OJ Simpson. He just can’t believe his buddy Juice could do such a thing! He’s just trying to be a good dad! We get it, man. We get it.

NOAM COHEN: Is it weird to say Bojack Horseman even though he’s also clearly clinically depressed?

NICK ROSS: Marcia Wallace, American Crime Story: The People Vs OJ Simpson. Sarah Paulson wasn’t so much a drama queen as she was the queen of drama.

DREW GRANT: Seriously, Jason Isaacs in The OA. Dude if you are allergic to tomatoes, then A) don’t get french fries with ketchup as literally your FIRST ON-SCREEN MEAL and B) DON’T ORDER FUCKING CANNED TOMATOES TO BE DELIVERED TO YOUR HOME AND HAVE ALL YOUR MEALS PREPARED BY YOUR (SPOILER ALERT!) BLIND HOSTAGE! COME ON! Thought that guy was supposed to be a super-smart scientist, but honestly he was such a weirdo baby who I’m very surprised made it through the end of the first season without accidentally falling into Hugh Jackman’s green screen from Peter Pan. Fun note! Jason Isaacs played a very sexy Captain hook once:

VICTORIA EDEL: Everyone on How To Get Away With Murder: Stop killing people! It’s really easy! I’ve never killed anyone!

EMMA FRASER: An alternative name for The Crown should be “Shut Up, Philip” because boy does Lizzy’s husband get in a snit about everything he signed up for when he married the future monarch.

JAKE FLORES: Black Mirror. WE GET IT. Technology makes our lives easier but it’s also bad. I don’t care. Wake me up when they do an episode about how Seamless is taking us out of the dining experience. It could be called “Take Out.” There, I wrote a Black Mirror episode, aka a moving Banksy.

MOST LIKELY TO SUCCEED

DANA SCHWARTZ: Search Party. Okay, true confession: I haven’t actually watched Search Party yet. There’s just so much TV out there. I’m giving Search Party “Most Likely To Succeed” off of 1) word of mouth and 2) Emily Nussbaum’s tweets. I’m going to watch it soon, I swear.

DREW GRANT: Yeah, I’m going to have to second Dana here and say Search Party. The difference being that I actually watched it, and unlike some other shows *cough* The OA*cough* *cough* *chokes on canned tomatoes*, I can totally see how a second season would work. Like, there’s so many places for the story to go! What if the Canadian police get involved? Are all Canadian police Mounties? Is it going to be like TBS Presents: Millennial Fargo? I’m on the edge of my seat, here!

TOM BATTEN: From the moment that Zan hover boarded into Earn and Alfred’s lives in the fourth episode of Atlanta it was clear that the Vine/Instagram/Youtube star and burgeoning human lifestyle brand wasn’t destined for success as much as the living embodiment of the very idea in 2016.

NOAM COHEN: Of the new crop of shows — Westworld, obviously. As disappointing as it was in places, it generated huge buzz and HBO is clearly all-in on it. And the concept has legs; I could see it lasting for many, many seasons if they play it right.

VINNIE MANCUSO: Westworld, right? Has to be Westworld. I saw a couple break up on the F train because the guy thought William was definitely the Man in Black and the girl was, like, disgusted with that theory. People CARE about this show, man. I haven’t seen fan fervor this worked up since Ned Stark got his head lopped off. Westworld season two is about to do to HBO’s ratings records what Bernard did to Theresa Cullen’s head.

EMMA FRASER: This year Seth Meyers proved that he was on top of his political commentary (and comedy game). His “Closer Look” segment was much needed and he is going to be a late night voice to look to in 2017.

LORRAINE DUFFY MERKL: Kristen Bell. She’s currently on The Good Place and House of Lies, formerly Veronica Mars, plus episodic TV, not to mention movies – and she can sing as in Frozen.)

JAKE FLORES: O.J. Simpson from The People v O.J. Simpson: American Crime Story: The entire time I was watching this show, something just told me this guy was gonna make it. 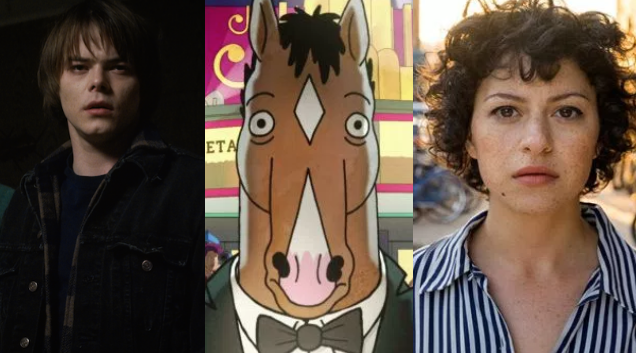