As Megyn Kelly came on camera from New York, she shared the television screen with the sights and sounds of the Donald Trump rally just ending in Wisconsin.

The remote audio played the beginning of Trump’s campaign theme song, “You Can’t Always Get What You Want” by the Rolling Stones, recorded almost 50 years ago, the opening verse sung ethereally by the boys of the London Bach Choir.

“I saw her today at the reception

“A glass of wine in her hand

“I knew she was gonna meet her connection

“At her feet was a footloose man.”

“Great song,” the beaming Kelly told her viewers on The Kelly File. “A great, great night for President-elect Donald Trump . . . What a night for Donald Trump as he continues his victory tour.”

“You think about the significance of this song for Donald Trump,” Kelly said. “You’ve heard it a million times. ‘You can’t always get what you want, but if you try sometimes, you get what you need.’ Which is really his message to the half of the country that did not vote for him.”

Technically, fewer than half the voters chose Trump, but why parse details when you’re aiding and abetting a demagogue like The Great Leader? The Trump rally Tuesday night was part of his Sore Winner tour before cheering, chanting mobs.

Discerning viewers of Tuesday’s TV might have noticed that Fox was the only network of the three cable news channels to broadcast live the rally from West Allis, near Milwaukee. Indeed, Fox gave Trump 52 consecutive prime-time minutes, uninterrupted and commercial-free.

It was a similar situation Thursday night in Hershey, Penn., when Fox covered Trump’s rally with 55 live minutes. Again, the contrast was stark with MSNBC, which aired only a brief look-in to the speech, and CNN, which showed nothing at all.

On Tuesday, both those networks staffed the Wisconsin rally with reporters and cameras but refused to give Trump such a free infomercial as Fox did both nights.

Next stop on the tour is Orlando, Fla., on Friday night. Prediction: Fox again will donate time to Trump, as much as he needs; the other networks will virtually ignore his surly reality show.

And when you give away that much of prime time to Trump, the way they do on Fox, there is not as much left to cover other news about him.

About the only thing not covered on MSNBC and CNN was a discussion of the lyrics to Trump’s theme song, such as the one provided by Kelly on Fox.

So it’s hard to report stories about conflicts of interest between his businesses and his presidency; or about the CIA revelation that Russia and its hackers tried to help Trump in the election; or about the alarming confederation of generals, plutocrats and belligerent right-wing reactionaries who will make up Trump’s cabinet and White House staff.

For that, you must change the channel from Fox or record everything on all three channels and who in their right mind—outside of a TV critic—would do such a thing?

Take, for instance, Tuesday night. On CNN, reporter Gary Tuchman spoke from the Trump rally to Anderson Cooper on AC-360 in the 8 p.m. hour.

Later, in the 10 p.m. hour, after the speech ended, reporter Jim Acosta told host Don Lemon on CNN Tonight that Trump’s speech spent 22 minutes recalling Election Night but neglected to mention Vladimir Putin, the strongman president of Russia who is so admired by Trump and who appears to be involved—if you can believe American intelligence officials—in tampering with the American election on behalf of Trump.

On MSNBC, in the 8 p.m. hour Tuesday, host Chris Hayes on All In showed a live shot of the stage in Wisconsin prior to Trump’s speech but concentrated more on Trump’s cabinet picks, who seem opposed to the very agencies soon to be under their command.

Among them are Rick Perry at Energy and Betsy DeVos at Education.

Hayes and his guests discussed how Trump postponed the news conference scheduled for Thursday at which he had promised to explain how he would separate his business dealings from his White House administration while leaving his company in the hands of his sons, Hans and Franz.

In the following hour, The Rachel Maddow Show examined how Exxon-Mobil CEO Rex Tillerson, Trump’s nominee for secretary of state, sometimes opposed the United States in his corporate role of commanding a global energy empire while he built close ties with Putin.

And in the 10 p.m. hour, host Lawrence O’Donnell on The Last Word interviewed documentary filmmaker Michael Moore, one of the few progressives who warned early on that Trump would win the election.

He discussed the harsh people Trump is appointing.

“It is frightening when you think about it,” Moore said. “This man is not going to pull any punches. And it is a warning to all of us that they’re not going to waste any time—if he actually becomes president on January 20.”

Moore spoke of how Trump refuses to listen to security briefings because they bore him and compared it with the failure of President George W. Bush to take seriously the warnings of terrorism before the attacks of Sept. 11, 2001 in New York, Washington and Pennsylvania.

“Bush was asleep at the wheel in the months before 9-11,” Moore told O’Donnell. “We’ve got a president-elect who doesn’t even want to get behind the wheel. This is actually worse. He’s putting us all in danger.”

Turning to the camera, Moore addressed Trump directly because, it is said, Trump takes most seriously only those ideas he hears on TV.

About the only thing not covered on MSNBC and CNN was a discussion of the lyrics to Trump’s theme song, such as the one provided by Kelly on Fox.

Perhaps Moore (or maybe even Kelly herself!) could have analyzed how the song—recorded in the bitter and divisive year of 1968—is about loss and settling for less.

The lyrics, by Mick Jagger and Keith Richards, include lines like “in her glass was a bleeding man” and “she was practiced at the art of deception, I could tell by her blood-stained hands” and “he said one word to me and that was ‘dead’” and “we’re gonna vent our frustrations. If we don’t, we’re gonna blow a 50-amp fuse.”

Kelly—or anyone else—could also discuss how the Stones asked Trump not to use the song in the campaign or about how the song was used in the opening of the film The Big Chill at the funeral of a suicide victim because it was one of his favorites. Brilliant as it is, the song is kind of a downer.

And Kelly could go even further by investigating (she’s a journalist, after all) whatever happened to another of Trump’s campaign songs, “The Snake.”

It, too, was a 1960s hit. In those lyrics, a “tender woman” unwisely befriends a freezing snake and nurses him back to health.

Trump didn’t play the recording at his pre-election rallies but often read the lyrics and said they were a parable about terrorists who come to our nation disguised as immigrants.

Perhaps a politically savvy lawyer, news anchor and book-writer might find in The Snake a prediction about what to expect now that the voters (along with certain networks and certain anchors) have taken in Trump.

“The snake gave her a vicious bite,” the lyrics say. “’You’ve bitten me, but why? You know your bite is poisonous and now I’m going to die.’ ‘Oh, shut up, silly woman,’ said the reptile with a grin. ‘You knew darn well I was a snake before you took me in.’ ” 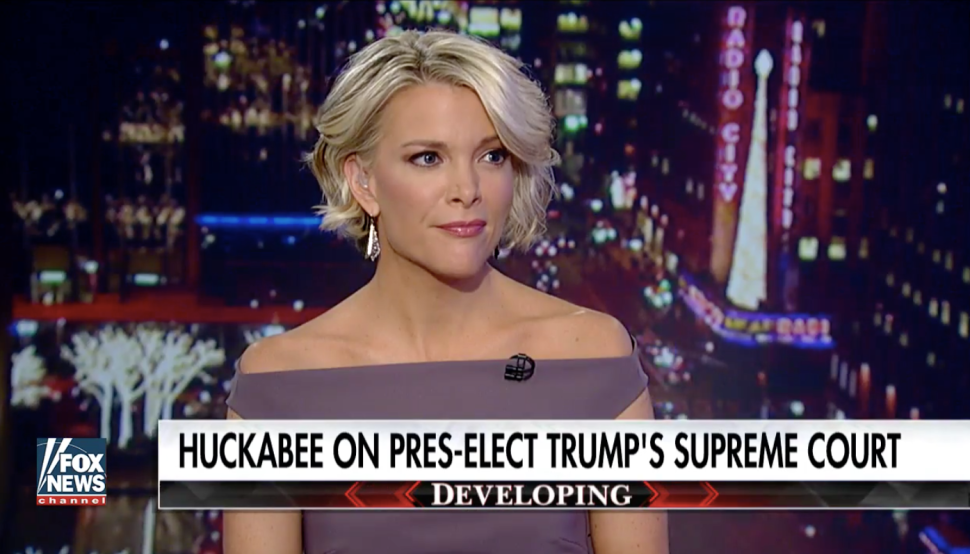